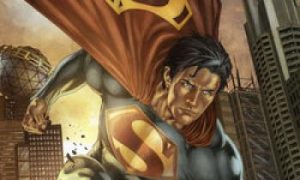 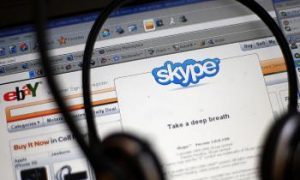 The Epoch Times offices in Queensland were attacked yesterday in what staff members believe was an act of intimidation for the media organization’s coverage of controversial issues relating to mainland China.

Margaret Ramsey, Queensland spokesperson for The Epoch Times, said she and around five other staff were holding a meeting in The Epoch Times office in Sunnybank, Brisbane, at approximately 3 p.m., when a shot pierced a hole in the large front window, splintering the glass.

“It was big enough to make a hole in the window but because the glass was tinted, the window was shattered but did not crumble,” she said.

Ms. Ramsey said the shot was fired from a passing car and although they could find no evidence of a pellet, she believed that an airgun had been used to cause the damage.

No one was injured in the attack and two staff members chased the attacker’s car, a black Toyota, up the street.

“It had to stop at the traffic lights so they got close enough to get the registration,” Ms. Ramsey said.

“Inside the car were two people who appeared to be of Chinese origin,” she said.

Queensland Epoch Times, which publishes a weekly Chinese language edition only, is hosting the visit of Canadian human rights lawyer, David Matas, who will speak at a number of forums this week on illegal organ harvesting from practitioners of Falun Gong in mainland China.

Mr. Matas and former Canadian MP David Kilgour have released a report and a book on the issue outlining evidence for chronic and continuing organ harvesting from Chinese Falun Gong practitioners, illegally arrested and killed to service a lucrative organ trade in mainland China.

Ms. Ramsey said she believes the attack was an act of intimidation about the forums.

“Whether we are more vulnerable because of that we don’t know … we are only guessing that that is what it could be, but we don’t have any proof,” she said.

A police spokesperson said the incident had been reported and they were investigating.

They also noted that there had been no other similar incidents reported in the area.

“It seems to be a fairly isolated incident,” the spokesperson said.

Independent of any government or organization, The Epoch Times publications are also the only Chinese language newspapers in Australia that are openly critical of the Chinese regime’s treatment of its own citizens in mainland China.

David Matas is in Australia to speak at the International Human Rights Education Conference "Educating for Human Rights, Peace, and Intercultural Dialogue" at the University of Western Sydney, Nov. 4-6.