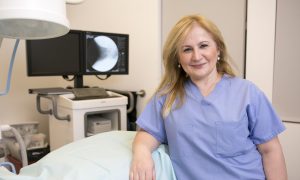 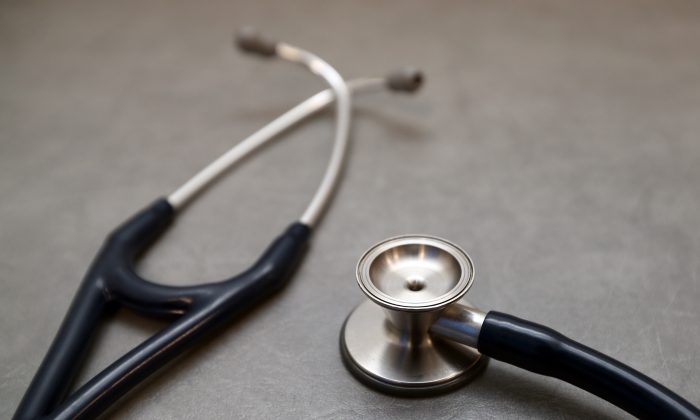 Doctors are suffering burnout and committing suicide in part because they need a safe place to seek help. (Carl Court/Getty Images)
Opinion

The Epidemic of Burnout, Depression, and Suicide in Medicine: One Doctor’s Story

The suicides of two medical residents in New York City last fall have thrown a spotlight on a real problem among health care professionals, particularly physicians.

Medical students, residents, and practicing physicians commonly report symptoms of burnout and depression. Rates vary depending on the group, but range from 20–60 percent.

Frank suicidal ideations (when someone has serious thoughts or plans about suicide) are reported in 5–10 percent of physicians.

I was discussing this with a colleague who told me that four of his medical school classmates have taken their own lives. He graduated in a class of 160 students, so that means that more than 2 percent of his class died by suicide.

Why is burnout—and suicide—so prevalent among medical students, residents, and physicians? At least a part of the problem stems from the fact that people in general and physicians in particular are reluctant to be honest about such things for fear of consequences.

Because there remains a remarkably stubborn kind of social stigma associated with depression, those struggling often become more reticent to come forward and seek help.

Unless we can create safe space to seek help without fear of reprisal, nothing is going to change. It is with this goal in mind that I decided to share my story.

When I was a young faculty member in my early 40s at the University of Florida College of Medicine, I had the deep sense that I was called to care for cancer patients, teach young physicians the art and science of medicine, and do my best to advance the field in the area of clinical research.

I found great fulfillment caring for the bravest and most vulnerable of patients. I loved teaching medical students, residents, and fellows and had a modest but successful clinical research program.

With four children, a wonderful wife, and a group of very close friends, life felt pretty good. From the outside I was successful, although stressed. Who wouldn’t be stressed as a cancer doctor?

As my responsibilities grew and the pace of life increased, life’s inevitable difficulties took their toll. I found myself less resilient to the stresses of life, increasingly sleepless and short-tempered. And worse, I had to suppress a quiet sense of dread from surfacing multiple times a day. But I had a great support system and could handle it all with occasional periods of rest.

And then one of my closest friends lost a child unexpectedly. My wife sustained an injury, so I had to take on extra responsibility at home to help. Equally eroding was the loss of several patients to whom I was very close.

I felt trapped with nowhere to turn and without being cognizant of why. It seemed to me that everyone around me was also busy and stressed, and I had been taught just to “suck it up” (to quote my chief resident as an intern) and go on.

Working hard during the day and caring for children each evening left little time to care for myself. Friends noticed I was troubled, but weren’t sure what to say or how to help.

I began imagining suicide as a path to freedom from the feeling of misery and pain but worried about the impact on those I loved. In fact, it was the fear of leaving my children fatherless that kept me going. Over my years of practice and pastoral care, I’d seen firsthand the pain inflicted on those left behind by suicide and wanted nothing of this for my family.

I have always had a pretty vivid imagination and have come up with some pretty crazy ideas, and I would argue this is a central part of creativity. During this time however, I began to ask questions in my private internal dialogue such as, “Were I writing a novel, how could a character carry out the perfect suicide, making it appear an accident?”

For some time, it was just a game, but then as I slipped more deeply into despair, I began to imagine myself in these scenarios.

There would be advantages, after all. My family would be spared the crushing blow of deliberate abandonment, and life insurance would secure the family finances. My wife (whom my medical school classmates described as my “only redeeming quality”) was a marvelous woman and would have no trouble finding another soul mate.

There would be a funeral, with mourning and recounting my virtues (that would take about 30 seconds) and a gracious overlooking of my innumerable failings. Then life would go on, and everyone else would be fine.

The sorrow hung like a millstone around my neck, but I laid it aside to care for the others because that’s what you do as a physician. Yet, when I was alone, the sense of hopelessness was becoming insufferable.

The tipping point came in June 2002 when a lifelong friend and physics professor who was terminally ill died. A group of close college friends had gathered for his funeral and to comfort his widow. This group of friends had formed an intentional community in college and promised to care for one another and stay connected if possible for life.

Over a meal after the funeral, we began to share our struggles. There were children with serious issues, troubled marriages, strained family relationships, and family members with serious illnesses. Some acknowledged turning to alcohol to numb the pain. All the while I sat mute, listening.

Then one of my friends turned to me and asked, “How about you, Jay? You’re awfully quiet.” I knew I had a chance to finally be honest, but I paused, looking down at the dingy carpet with tears clouding my vision. My wife touched my arm, sensing I was having trouble responding, and I muttered something like, “Not too well, I think.”

It was in this safe place among those I knew loved and accepted me that I finally simply said, “I have been planning the perfect suicide.” This was the first time I’d admitted this even to myself, let alone anyone else. These friends gathered around me, expressed their genuine affirmation of me, and prayed for me.

As we traveled home, my wife and I talked about my sense of hopelessness, and I agreed to seek help. Not long afterwards, I was overcome with emotion when seeing a patient and realized I could no longer function without assistance.

I called a friend in psychiatry who saw me the next day. When asked to summarize why life was so painful, I didn’t have to even think. “All I do is disappoint people. No matter what I am doing, there is always someone angry or disappointed that I am not doing what I should for them.”

The answer to my prayers came in a way I did not expect, in the form of a caring, kind, and well-trained psychiatrist who prescribed an antidepressant. My response to the medication was rapid. Within two weeks, I felt as though someone had turned on a light in a very dark room. It wasn’t until I felt normal that I realized how dark my thoughts had become.

Depression and related maladies are fundamentally brain disorders. Our thinking, emotions, memories, and actions are all mediated by chemicals in the brain called neurotransmitters. Therefore, medications directed toward correcting these imbalanced neurotransmitters are often a critical part of the best treatment. Over the years, appropriate adjusting of my medication has become a part of my ongoing care from my wonderful primary care physician.

Depression distorts our perceptions, disabling our ability to see ourselves clearly

Since we not only feel but also think with neurotransmitters, depression distorts our perceptions, disabling our ability to see ourselves clearly. Add to this blurry self-portrait the concern about loss of livelihood, fear of failure, and social stigma, and it becomes easy to see why many do not seek the care they need.

It took the love of family and community to help me see reality, and I had to learn humility in order to acknowledge their wisdom and follow their guidance. I have more gratitude than I could ever articulate for those who care about and therefore care for me.

The sense of freedom and joy that has followed has restored my enjoyment of life and of those I love. As a result, I am more attentive to my own health and try to listen to those who love me.

One of the most curious ironies in reflecting upon my story was the fact that although I had helped numerous young distressed physicians get help and cared for innumerable patients struggling with depression, I was unable to see it clearly in my own life. And this is something that I think is easy for many physicians to experience.

When I shared this story with my church, people thanked me for being open about my troubles. Many were previously afraid to acknowledge their own similar struggles but became determined to be more open with others. My faith community has been central to my continued spiritual and emotional health.

According to George Weigel, the late Pope John Paul II believed the following: “We all live … in a quotidian, yet deeply consequential, moral drama. Every day of our lives is lived in the dramatic tension between who we are and who we should be.”

As I consider my own experience and speak to others, I have learned that the weight of this tension can be suffocating.

My medical treatment was a key part of my recovery, but equally important was the truth and grace I was shown. The health care community should be a safe place to admit difficulties and to care for one another so we can learn from and care for our patients.

For those who find themselves slipping down the mountain, there is help available, and I encourage you to reach out for assistance. There is however, one proviso: None of this is possible without humility. As Thomas Merton observed, “Pride makes us artificial, but humility makes us real.”

James W. Lynch is professor of Medicine at the University of Florida. Previously published by The Conversation (theconversation.com).