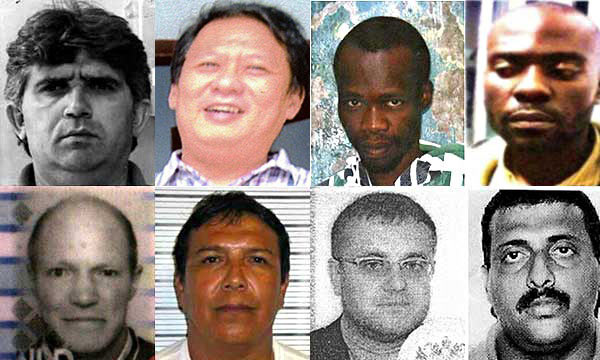 The Environment’s Most Wanted Criminals

In keeping with recent efforts to ramp up action against environmental crime, INTERPOL has highlighted nine fugitives for breaking laws related to illegal logging, poaching and the wildlife trade, illegal fishing, and waste dumping, among other crimes.

There is Nicolaas Antonius Cornelis Maria Duindam, who is wanted for smuggling wildlife from Brazil; Feisal Mohamed Ali, the alleged leader of an elephant poaching gang; and Sergey Darminov who is wanted for making hundreds of millions of dollars off of illegal crab fishing.

“We believe that the capture of these criminals on the run will contribute to the dismantlement of transnational organized crime groups who have turned environmental exploitation into a professional business with lucrative revenues,” said Stefano Carvelli, Head of INTERPOL’s Fugitive Investigative Support unit.

This is the first time that INTERPOL, the world’s biggest international police organization, has gone after individuals specifically for environmental crimes.

“Even the smallest detail, which you might think is insignificant, has the potential to break a case wide open when combined with other evidence the police already have,” said Ioannis Kokkinis, Criminal Intelligence Officer with INTERPOL’s Fugitive Investigative Support.

The release of the nine most wanted is a part of Operation Infra (International Fugitive Round Up and Arrest) Terra, which launched in October. This is an initiative to apprehend 139 fugitives linked to environmental crimes around the world.

The Nine Most Wanted: