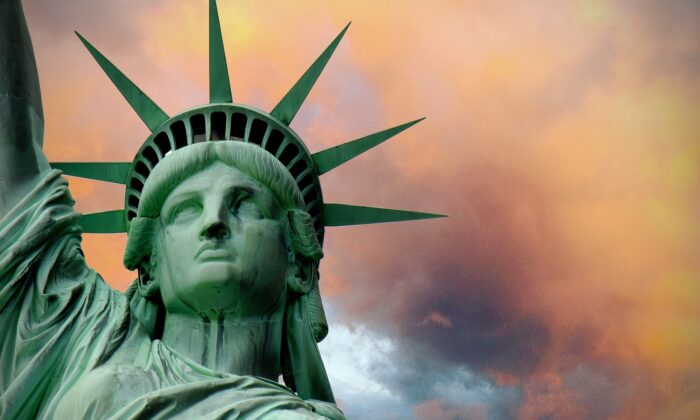 The End of the Unipolar Moment

The defeat of Nazi Germany and the Empire of Japan in World War II ushered in the Cold War era. For the four and a half decades between the defeat of fascism and the collapse of communism, global affairs unfolded within a bipolar backdrop of “mutually assured” destruction between the two nuclear superpowers: the United States and the Soviet Union. The fall of the Berlin Wall in 1989 and the formal dissolution of the Soviet Union in 1991 ushered in a unipolar moment of unquestioned American economic, diplomatic, military, and geopolitical supremacy on the world stage.

Multiple generations of Americans, millennials and Gen Z alike, have come of political age in the unipolar moment. As a millennial born in 1989, the unipolar moment is all my generation has ever known. The various manifestations of the unipolar moment, such as unparalleled American naval might to secure free trade on the high seas, unrivaled American dominance in multilateral institutions such as the United Nations and the incessant urge to militarily intervene in faraway lands on moralistic or humanitarian grounds, became de rigueur. Talk of “American exceptionalism,” though typically rooted in the constitutionalism and political theory of the American Founding, also began to take on a decidedly jingoistic hue. Though satire, the 2004 film “Team America: World Police” still captured the essence of the unipolar era’s zenith.

With the rise of China and the return of great-power competition, that unipolar era is, for all intents and purposes, now over. And the creeping realization that this is, in fact, the case will shock many inebriated from the fleeting high of Ronald Reagan’s triumph over communism, who would prefer to live in a state of nostalgia or denial. But it is imperative that American statesmen soberly grapple with the ramifications.

The first signs of the crumbling of the unipolar order came in the rubble of the feckless wars of moralistic regime change usually referred to as the “War on Terror.” The hubristic, militaristic excesses of the neoconservative elements of the Right (namely, Afghanistan and Iraq) and the humanitarian internationalist Left (namely, Libya), the failures of which were clearly evident at least a decade ago but which nonetheless were encapsulated by last year’s disastrous withdrawal from Afghanistan, have taken a huge toll on the American citizenry.

The manifest failures of the regime-change wars cost America huge sums in blood and treasure, but arguably even more important was the long-term symbolism conveyed: America is not all-powerful and America is incapable of crafting the world in its own image. That sober conclusion is only bolstered when one considers all the domestic woes our depleted citizenry faces: decades-high inflation, skyrocketing out-of-wedlock birthrates, a porous southern border, escalating homicide and violent crime rates, and the metastasis of overtly racist “critical race theory” drivel and the deeply divisive tenets of modern gender ideology. Put simply, with elementary school teachers telling white students that they are “spirit-murdering” their black classmates and with “drag queen story hours” popping up in local public libraries, now is not the best time for Americans to be in the “values exportation” business.

China’s rise over the past decade under the leadership of Xi Jinping, meanwhile, has been remarkable (and harrowing). Xi’s Belt and Road Initiative, a massive Chinese-led global infrastructure project reaching deep into Asia, the Middle East and Europe, threatens to reshape large swaths of the inhabited earth in the Chinese Communist Party’s dystopian image. China’s People’s Liberation Army is building up its military arsenal at an alarming rate; China has also built its first African military base, in Djibouti, and has signed a memorandum of understanding with Iran to help bolster that terrorist state’s economy. China has tested hypersonic missiles by flying them around the world, if for no other reason than just to showcase that it can do so.

Just last year, the Chinese Communist Party effectively retook Hong Kong, 25 years before it was formally set to be fully reincorporated, without firing a shot. Xi and Russian strongman Vladimir Putin, currently the world’s most wanted man for his reckless military adventurism in Ukraine, now openly speak of a new world order together. And given the vestigial ultra-hawkishness toward Russia we see from much of a Cold War-era-longing U.S. citizenry that still views the petrostate of Russia (n.b.: the 11th largest GDP in the world) as an existential threat, and which still persists on the continuing expansion of NATO (n.b.: an organization that fulfilled its founding purpose, the defeat of the Soviet Union, over three decades ago), Putin’s falling into Xi’s lap is unsurprising. And if Putin continues to stand shoulder-to-shoulder with Xi on the world stage, Xi’s takeover of Taiwan only seems more inevitable.

The dire nature of our predicament, and the reality that China remains (despite the present flare-up in Eastern Europe) by far the greatest geopolitical and geostrategic threat to the American national interest and the American way of life, should militate in favor of creative, outside-the-box American statesmanship. America is ill-suited right now, given budgetary realities, a war-weary citizenry, and other manifold domestic woes, to overexert itself on the world stage and delude itself into thinking that it can single-handedly manage all the world’s problems. That era is over.

We must reconcile ourselves, to a reasonable extent, to the inevitability of China’s continual rise and the likely return of a new Cold War-resemblant global chessboard. Prudent statesmanship would seek to foster an Abraham Accords-style regional Chinese deterrent alliance in the Far East, with India, South Korea, and Japan as anchors. Perhaps most provocative, after the current war in Ukraine finally ends, an attempt to smooth out long-term relations with Russia is salutary. The precedent here is clear: President Richard Nixon’s infamous visit to Chairman Mao in Beijing in 1972. The opening up of China into the global economy proved catastrophic, as greatly exacerbated by President Bill Clinton and both President Bushes, but at the time, Nixon’s move was a logical attempt to try to gain leverage over the Soviet Union. A hardheaded, nonidealistic American foreign policy will similarly require eventual (post-Ukraine War) attempts to reengage with Russia—or at least to cease gratuitously alienating Russia—in an attempt to gain strategic leverage over the real threat: China.

Effective statesmanship calls for recognizing the world as it is, not in wishcasting what it could, or should, be. That means recognizing the end of the unipolar era. Never before has clear-eyed, American national interest-centric realist diplomacy mattered more. But first, let’s avoid getting sucked into World War III in Ukraine.