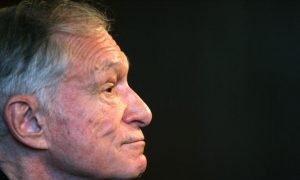 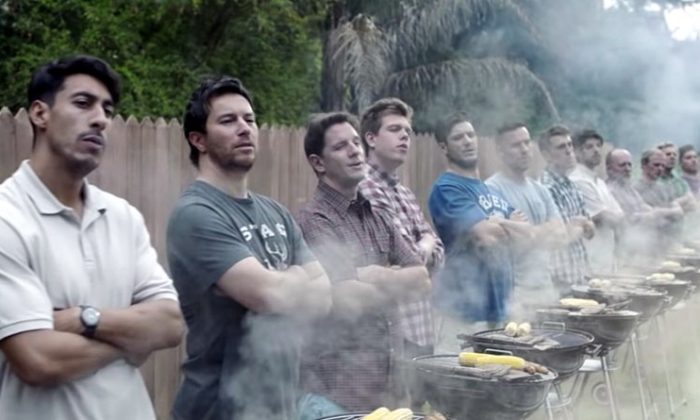 The Emasculation of Men Is Doing Society No Favors

There are few products more synonymous with manhood than the razor. Boys watch their fathers for years awaiting their turn to partake in the daily ritual. Lather, shave, rinse, repeat. It was a simple yet symbolic rite of passage into a forever-binding entanglement with the biological realities of being a man. It was an innocuous task that had little part to play in the political arena.

Last month’s Gillette commercial changed all that. The two-minute video, which quickly went viral and drew both praise and scorn, asks men to “be better” while juxtaposing scenes of bullying, leering, and mansplaining as a chorus of suburban dads standing before barbecues chant “boys will be boys.”

The response was swift, and a tidal wave of consumers smashed their Gillette razors in defiance and disgust at Gillette’s characterization of men. To the ad’s supporters, this was evidence that Gillette was on point and that any man who took exception only resented being outed for his own bad behavior.

The truth, however, is not so simple.

The ad struck a nerve because of its insinuation that men are brutes who need sorting out. The dads chanting “boys will be boys” as the ad depicts men behaving badly makes a clear statement: All men either partake in or excuse this behavior.

Gillette’s intention may have been benign but they took the wrong approach by virtue signalling their progressiveness and taking their entire customer base to task. Though the ad rightfully exposes those men who may be reprehensible in character, the rest are forced to share a collective shame and accept an inherent toxicity in their gender. And that is Gillette’s great mistake. It asks men to be better by insinuating they are malevolent by nature.

This brings us to the #MeToo movement, which has also placed good men in an awkward position. Not knowing what society will accept of them, they are relegated to uncomfortable silence, wary of expressing their views.

There was a time in Western society when men were expected to adhere to a set of heroic values—to protect, provide, and lead. This was the measure of a man. Such attributes gave each man something to aim for.

But as society has progressed, these values are often seen as antiquated. Some might argue that they are an ill fit for our modern world. To outwardly embody heroic, stoic virtues is to open oneself to criticism for perpetuating gender stereotypes.

In this time of moral relativism there is no North Star for men to chart their course. As a result of decades of gradual emasculation, men no longer know what manhood means.

If manhood is in crisis, boyhood is not far behind.

Warren Farrell and John Gray’s well-researched book “The Boy Crisis” offers some sobering statistics about the many challenges facing the next generation of men. It’s irrefutable that boys  are falling behind across many key metrics.

Worldwide, boys are 50 percent less likely than girls to meet basic proficiency standards in reading, math, and science. In North America young men now account for only about 40 percent  of recent university graduates, and the high school dropout rate for boys is nearly double that of girls. Attention deficit hyperactivity disorder diagnosis in boys is on the rise, as is the suicide rate.

Gray and Farrell closely correlate this decline to one common denominator: absent fathers. Missing in most of these boys’ lives is a male role model. Boys fare better with good men in their lives to provide the guidance and moral compass necessary for a meaningful life. The void left by absent fathers can easily be filled by the negative influences of social media, pornography, and video games, preventing boys from taking the difficult but necessary steps toward self-actualization and manhood.

As Farrell and Gray put it: “The traditional boy’s journey to self-sacrifice incorporated service to others, and required responsibility, loyalty, honor, and accountability. It created his mission. And his mission created his character.”

Adolescent male energy can be channeled in a positive direction if it’s not chastised and repressed. The competitive drive is not the tyrannical impulse it has been made out to be, and when grounded with strong morals it can shift the balance of the world toward the good.

The American Psychological Association (APA) recently released its Guidelines for Psychological Practice with Boys and Men. Conservative critics have expressed concern that the new guidelines are nothing more than an attempt to pathologize masculinity itself.

Most surprising is the guidelines’ explicit rebuke of what it calls “traditional masculinity ideology.” The term is ill-defined but seems to encompass the whole of masculinity.

“Traditional masculinity ideology” as determined by the APA fails to acknowledge the virtuous side of masculinity, namely, a sense of duty, self-sacrifice, and pursuit of a noble and moral goal. To discredit these ideals with such a broad brush is more likely to result in confusion rather than cohesion. Without acknowledging the principled ideals of the women and men who came before, future generations may well be taught that their forebears were nothing more than tyrannical oppressors.

The guidelines go further, stating: “Research suggests that socialization practices that teach boys from an early age to be self-reliant, strong, and to minimize and manage their problems on their own yield adult men who are less willing to seek mental health treatment.”

Strength and self-reliance are necessary traits in overcoming life’s inevitable challenges. Taken to an unhealthy and isolated extreme they are bound to have a negative effect, but self-reliance in the conventional sense of the word promotes following one’s conscience and avoiding conformity. It’s even more bewildering to argue against strength as a desirable quality. Are the guidelines suggesting that weakness and dependence are the qualities men and boys should be cultivating?

To be fair, the guidelines attempt to address very real mental health problems plaguing Western Society, but it seems they have thrown the baby out with the bathwater by over-generalizing masculinity as a negative trait.

There is a reason masculine virtues have long been held in high esteem—they formed the cornerstone of Western civilization and evolved over thousands of years to create the high standard of living we enjoy today.

It is not the virtues themselves that are the problem but a confusion over their application and definition. The indecency depicted in Gillette’s ad should not be attributed to masculinity per se, but to a perversion of the virtuous ideals and high aspirations of good men.