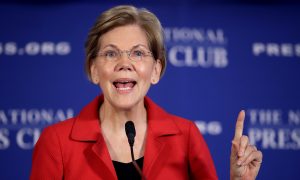 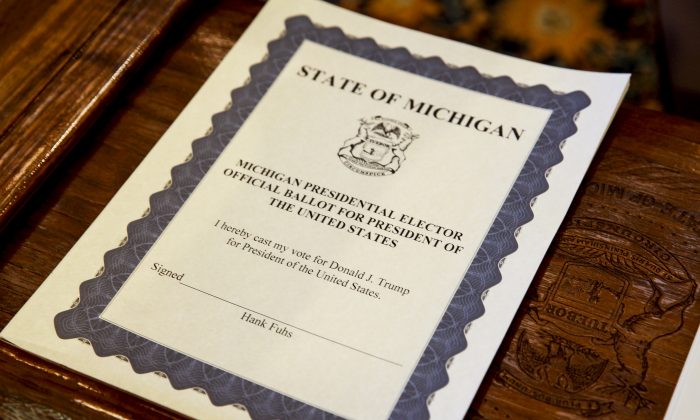 The Electoral College—After the People Vote

This is the fourth installment in a series based on questions asked by high school students about the Electoral College. The previous three articles explored the origins and evolution of the institution, and the math behind the vote distribution. This installment deals with what happens after the American people go to the polls.

What Happens After We Vote?

Every state has a popular democratic election and distributes its votes to the winners.

The states distribute their votes on a “unit rule” basis where the winner of the state election gets all the Electoral College votes. We see that unfold on election night every four years, but what we don’t see—and what proves very confusing to many people—is what happens largely out of public view and which is in many ways the real legal business of the Electoral College.

Those electoral votes that show up on the board on election night actually represent real people—who we call “electors.” The framers of our Constitution wanted them to be free actors to make educated decisions on who should be president. That’s not how they function today, however, largely because of the development of the two-party system.

When we go in to vote for a president, it may look like we’re voting for candidates, but legally we’re actually voting for a slate of electors who will cast the votes of our state for us. Each candidate who makes it onto a state ballot has a slate of people pledged to vote for them if they win the election.

In my home state of Kentucky, in 2016, there were six candidates on the ballot, each having a slate of eight people who would be the electors from Kentucky if their candidate won. Donald Trump ended up winning the Bluegrass State handily, and so the eight Republican electors pledged to him became the eight people to cast their vote in the Electoral College.

I know that can be shocking to those who have only focused on the campaigns and election night, so let me raise and answer a few questions.

How Are These ‘Electors’ Chosen?

It depends on the state, but either the candidates themselves or the state political parties choose the people they wish to be the electors if their candidate wins the statewide election.

When Do They Vote?

For the rest of us, Election Day begins and ends on the first Tuesday after the first Monday of November. The electors, however, have to wait more than a month to cast their votes, meeting in the state capitol on the first Monday after the second Wednesday of December. They meet and sign certificates certifying the vote totals, and the Secretary of State, at least in Kentucky, sends the certificates off to certain legally recognized authorities, including the vice president of the United States.

Are These People Free to Vote Their Conscience?

This answer depends on the state, but most states make efforts to require the electors to vote the way they are pledged. Even without legal constraints, are they likely to buck the will of their state’s voters? No. They are chosen because of their activism and fidelity to the candidate and the party. Just try to imagine an elector who was a lifelong Democrat and pledged to Hillary Clinton changing her mind and voting for Trump after the election! This is why it was so ludicrous in 2016, when Hollywood actors and activists began a campaign to convince Trump electors to change their votes. It was doomed to fail from the beginning because of the type of people these electors are—dedicated party loyalists.

Could You Be an Elector?

Sure, just start being more active and generous with your state party, and work your way into the conversation where those decisions are made in your state in 2020.

Are These Electors Dangerous and Could They Be Abolished?

For the reasons I stated above, no “faithless elector” will ever change a presidential election outcome. Sure, one here or there, if their vote isn’t needed, might vote for themselves or make a protest vote, but they won’t do so when the election is close and their vote might matter for the outcome.

That said, this perceived problem of the “faithless elector” is one of the main lines of attack on the Electoral College, and so why not abolish the office of elector and just make the votes of our states automatic? That is a harmless change that could be made without disrupting the system.

What Happens When Certificates of Vote Arrive in Washington

They’re held in various locations, but the most important one is the Office of Federal Register where they can be inspected by Congress. In early January, the Congress assembles, the ballots are opened and recorded, and the vice president of the United States announces the results. If a candidate reaches the majority of electoral votes (270 of 538), they will become president.

What Happens if No Candidate Wins Majority of Electoral Votes?

The House of Representatives holds a contingency election for president, choosing from one of the top three electoral vote getters. Their votes are cast by state, each state getting just one equal vote. Only twice has this kind of contingency election been necessary—1800 and 1824. The Senate is then charged with choosing the vice president, voting as individual senators and for one of the top two electoral vote getters.

Though most of us are focused on the campaigns and the election night, others are at work months before the election choosing would-be electors, then more than a month after we vote, the chosen electors meet and vote. Several more weeks later and those votes are finally counted officially and a president-elect made legal. It’s a complicated system, but it’s a system that has evolved and continued to work for more than two centuries.

In the final installment in this series, I’ll answer the question, does it really matter?

Gary L. Gregg is director of the McConnell Center and host of the podcast Vital Remnants.