The Election of Republican National Committee Chair Is ‘About the Money’ 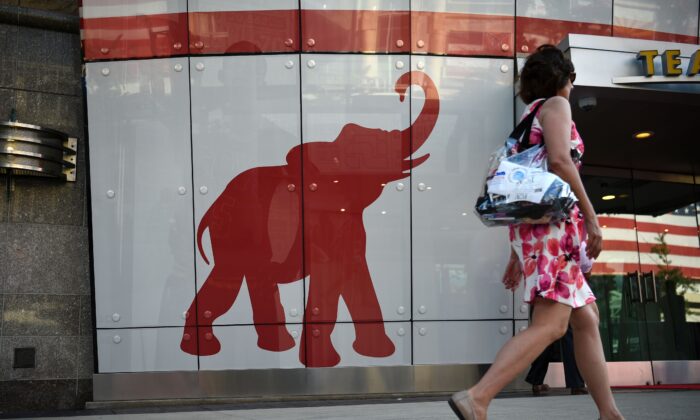 The Republican National Committee (RNC) will shortly (on Jan. 27) be holding its chairperson election.

I’m sorry to say, even if you’ve been a registered Republican and have been donating to their candidates for decades, you won’t be voting. That privilege goes to but three representatives of each state or territory. That’s 168 people in all.

As of the time of writing, there are three candidates for the job—incumbent Ronna McDaniel, attorney Harmeet Dhillon, and My Pillow CEO Mike Lindell.

NBC—not always a reliable source when it comes to the Republican Party—is reporting discontent with McDaniel in Southern states.

“From Arizona to Florida, state parties are passing or considering votes of no confidence in McDaniel, demanding new leadership after three disappointing elections,” the network reported.

We’ve also been hearing for some time about McDaniel’s lavish spending habits, which included more than $500,000 in private jet expenses and $64,000 at clothing retailers (these figures have been disputed).

The Dhillon Law Group received about $2 million in disbursements from federal campaigns and committees since 2019, with more than $1.3 million coming from the RNC.

Further, her firm received $814,714 from the Center for American Liberty, a 501(c)(3) nonprofit formed by Dhillon herself.

Now, we’re not in Nancy Pelosi territory with these figures—not even close—and I’m a believer in the free market and wish people well. But there’s a level of hypocrisy here.

Dhillon is a woman who once said, “I am not a person who gets my income or my livelihood from the Republican Party. Unlike many people … I don’t rely on the party.”

So what are we to glean from all this, since the vast majority of us won’t be voting in that Jan. 27 election?

I have a recommendation to make: Don’t make your political donations to amorphous organizations such as the RNC. You have no control over where your money will be going or how it will be spent or even if it will be used to support policies with which you agree. You could be working completely against what you believe in some instances.

Donate your money to individual candidates whose policies you know you approve. You can then follow the actions of those candidates to make sure they fulfill their promises.

When possible, make these donations personally at fundraisers and not online. For some time now, we’ve all been inundated by constant political solicitations by email and text that have made those functions almost unusable for their intended purpose.

Online donations are increasingly difficult to track. Although you think you’re contributing to one candidate, you may be donating to a group. And promises that your contributions will be multiplied by ridiculously high variables are impossible to verify and likely outright lies.

Use your political contributions wisely for the good of our republic. It’s the sensible and patriotic thing to do.