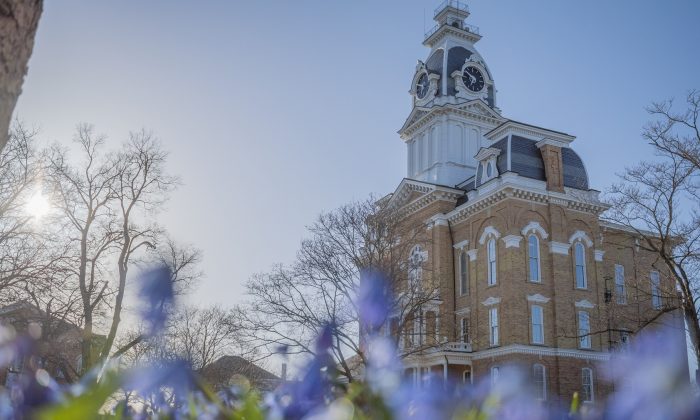 As a disclaimer, I am an incoming student in Hillsdale College’s doctoral program at the Van Andel Graduate School of Statesmanship. I speak only on behalf of myself. Additionally, I am also a citizen of Tennessee.

Sometimes, you can judge a man as much by the enemies who align against him, as by the friends who rise up to support him.

Leaked audio of a speech by Hillsdale College President Larry Arnn at a private reception in Tennessee has brought out the leftist attack dogs. Comments taken out of context are being used in bad faith to mobilize against not only Arnn and the college, but also Tennessee Gov. Bill Lee and his initiative to fight left-wing ideological influence in the public school curriculum.

Arnn is accused of ridiculing public school teachers as dumb and claiming that they don’t care about students. This is more than a distortion—it’s an abject lie. Arnn pointed to the fact that education departments are often the most ideologically radical sections of U.S. universities, which have themselves largely adopted the role of left-wing indoctrination mills. You don’t need access to a syllabus from one of these programs to grasp that fact (although it would certainly drive the point home).

Politically motivated actors took the opportunity to attack Arnn and demand that Lee distance himself from the Hillsdale president and the school itself. State media and the leftist publication The Tennessean readily accepted the task of kickstarting the manufactured outrage over the comments.

Following suit, the self-proclaimed “online publication of the world Trotskyist movement, the International Committee of the Fourth International, and its affiliated sections in the Socialist Equality Parties around the world,” the World Socialist Web Site joined the offensive. The piece took the opportunity to attack Hillsdale in general because of alleged ties to former President Donald Trump (evidence provided by Vanity Fair). In reality, one suspects that the socialist piece instead seems to take issue with Hillsdale’s role as a bastion against the left-wing ideological tentacles that have firmly gripped all of U.S. higher education.

It hardly seems to be a coincidence that a concerted effort is underway to attack Hillsdale and pressure Lee over his relationship with the school and its president. Earlier this year, Lee announced his intention to partner with Hillsdale to “expand [schools’] approach to civics education and K-12 education in Tennessee.”

The “1776 Curriculum” promoted by the college is summarized best by one of the central premises upon which it is built: “America is an exceptionally good country.” This notion contrasts sharply with what most students currently get in classrooms that increasingly focus on skin color, radical gender theory, sexual identity, and the general notion that the United States is a uniquely evil place.

In the same pronouncement, Lee proposed $32 million to “increase the number of high-quality charter schools.” The real motivations behind the current offensive against Hillsdale’s involvement in Tennessee schoolrooms should begin to become apparent.

Public schools prioritize the monopoly they hold over the type of material taught to students. It provides the opportunity to ensure that their accepted worldview is the one that is uniformly professed. Charter schools are a traditional enemy of the entrenched position of teachers’ unions and centralized education enthusiasts; Hillsdale’s influence in public school classrooms would further intrude into space traditionally controlled by the latter.

“Hillsdale College and their warped version of history have no right to be in our kids’ public schools,” state Sen. Raumesh Akbari said after Lee’s initial decision.

Believing that it’s actually Hillsdale who has the “warped version” of American history—as opposed to the radical perversion of the latter that largely holds sway in the U.S. today—perfectly illustrates the danger that a program such as the “1776 Curriculum” poses to leftist institutional power over education.

Disingenuous activists like to claim that critical race theory (CRT) is a concept of law only taught at the highest levels of university. Its central tenet is that all legal (and social) interaction is imbued with and fundamentally dictated by white supremacist racism that actively seeks to marginalize communities of color for white advantage.

CRT segues directly into identity-politics-based intersectionality, as well as gender studies and concepts of queerness, all of which further profess the Marxist conflict theory view of an endemically oppressive American system that can only be rectified by totally imploding the structure and rebuilding from the ground up. Education departments at U.S. universities have, by and large, gleefully embraced this theoretical interpretation of reality as the lens through which to present all subject matter.

Arnn alluded to this exact point in his speech. He discussed the fact that many graduates of university education programs are taught that their role isn’t to just simply be an individual who facilitates the intellectual development of students; instead, the goal is to be an activist who teaches a radical reimagining of morality that prioritizes ethereal systems of power as well as demonizing “whiteness” and privilege, which are said to pervade all social interactions.

Antiracist curriculum has been propagating at an accelerated pace since the death of George Floyd in 2020. Nonprofits and individuals work to promote its content. Workbooks designed for middle schoolers implore students to examine abuse of power and white privilege, and focus intently on issues of identity.

There are clearly grounds for concern over what is being injected into schools from leftist ideologues. Of course, Akbari will likely see this as just a correction to the “warped version of history” that doesn’t attempt to simultaneously racialize and sexualize every facet of society.

Proponents of this latter mindset jumped on the bandwagon of attacking Arnn after his words were twisted around to fit the mainstream media narrative. The Tennessee Association of Colleges for Teacher Education and leftist Democratic politicians loudly voiced their outrage.

The president of the Tennessee affiliate of the country’s largest labor union, the National Education Association (NEA), admonished Lee, “Gov. Lee allowed an out-of-state privatizer to stand on a stage in Tennessee and insult public school educators and teacher prep programs.”

The NEA happens to be currently holding its annual conference in Chicago.

While an “out-of-state privatizer” tries to promote a “warped version of history” that says, “no, actually America is a pretty amazing and good place,” what is the country’s largest labor group and influencer of public school classrooms promoting?

A new business initiative (NBI) proposal for the term “mother” to be changed to “birthing person,” in order to promote inclusivity ultimately failed.

NBI 53 proposed to “develop strategies for placing the intersectionality of climate justice and environmental racism at the center of all relevant conversations and business.”

Others are purported to discuss mandatory masking and COVID-19 vaccines, focus on encouraging students to develop their unique gender and sexual identities, and even to “publicly stand for abortion.”

NBI 11 (passed) focused on supporting queer and people of color to run for school boards.

Good thing that outlets such as The Tennessean and all those leftist politicians remain vigilant to the infiltration of pernicious ideas like “America is good” into Tennessee classrooms. The socialist Fourth International undoubtedly stands in solidarity with the gatekeepers of the U.S. uniparty’s establishment-approved education.

In reality, this attack is just one part of a much broader front. It isn’t about the misconstrued words of Arnn or even Hillsdale College in general. It is about a war for the future of American education. As such, some will subsequently lack the courage to stand for what is right in the face of lies and slander. They will opt to play it safe and avoid any perceived public backlash from the vocal minority. This includes a charter school in Tennessee’s Hamilton County that has already decided to end its partnership with Hillsdale out of fear or ignorance—in the end, it’s one and the same.

Others will weather the assault and keep fighting. Not because it is easy, but because it is right. As alluded to earlier, the attacks of your enemies often reflect better on your character than any praise from a friend ever could. One would expect that Hillsdale College as an institution likely takes pride in being the target of such ire from the likes of shameless race-baiters, avowed Trotskyists, and people who just downright dislike America.

I know I would.