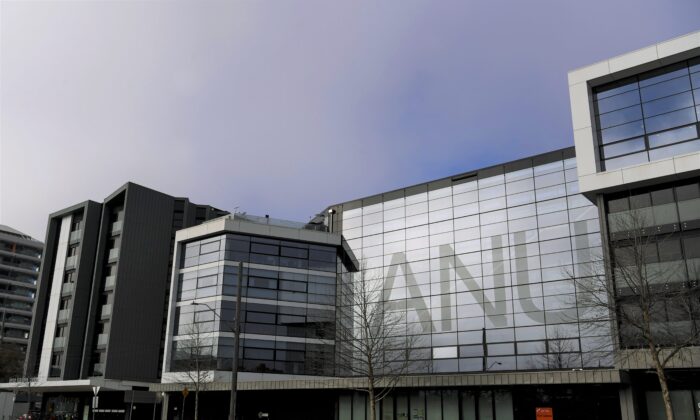 The Education Minister’s Power to Veto Research Grants: Is It Really an ‘Existential’ Threat?

On Christmas Eve 2021, Australia’s Acting Minister of Education, Stuart Robert, vetoed six research grants, that had been recommended by the Australian Research Council (ARC) for funding. The proposed research projects dealt with modern-day China, the motivation behind school students’ climate activities, exploration of early English literature and theatre, and the connection of religion to science fiction and fantasy novels.

When vetoing these projects, the minister indicated that these research projects “do not demonstrate value for taxpayers’ money nor contribute to the national interest.” His action spawned a furious response by senior university administrators, learned academies, and education commentators.

The Vice-Chancellor of the Australian National University (ANU) in Canberra, Brian Schmidt, used his state of the university address on Jan. 7 to criticise Robert’s decision to veto these research grants recommended by the ARC.

Schmidt said, “Of the four known occurrences of political interference, three have occurred in the last three years—and as things stand, BOTH major parties agree it is appropriate for the minister to wield this power.” He concluded that “Political interference has bipartisan support. I see this as an existential threat to Australian universities.”

The ANU Vice-Chancellor was supported by the university’s Chancellor, Julie Bishop, who previously served as a distinguished foreign minister, and by vice-chancellors of other Australian universities.

The Academy of the Social Sciences in Australia, reacting to this news, stated that, “When the integrity of Australia’s research system is compromised by perceived, or actual, political interference, there are real costs to the research sector, and indeed the nation—as trust is eroded and the relationships researchers have with industry, the Australian community, and international partners are damaged.”

The media were also united in their condemnation of the veto. For example, Julie Hare of the Australian Financial Review, suggested that Robert’s action was outrageous and constituted an egregious example of the “politicisation” of research grants.

In summary, these critics argue that the minister’s vetoing of these research recommendations constitutes unacceptable interference with the evaluation of research proposals. For them, the use of the veto is disrespectful to the researchers, attacks the independence of the ARC, and distorts the rigorous vetting process.

Following the furore, a committee of the Australian Senate decided to scrutinise the grant veto powers of the minister.

Nevertheless, the general view that the ARC’s research recommendations were vetoed because they did not conform with the minister’s views of politics, history, literature, and climate change, pre-empts a discussion of the fundamental issues involved in this debate.

At issue here is the minister’s discretionary power to veto the ARC’s recommendations to award research grants. While this power is rarely used, it is neither uncommon nor unusual. Indeed, the power was used in 2017 when eleven recommended grants were vetoed by the minister. Previously, it also happened in 2006 when Brendan Nelson was the education minister in John Howard’s government.

As is well-known in university circles, the minister’s veto is part of the application and vetting process of research funding applications. It is the final hurdle that applicant researchers must overcome to obtain approval for their projects.

The minister’s decision should be evaluated in the context of the government’s decision to support the commercialisation of research.

In an address to the National Press Club on Feb. 1, Prime Minister Scott Morrison talked about the need for Australia to forge closer linkages between university researchers and industry. He said:

The Government’s University Research Commercialisation Plan will align these research priorities with our Modern Manufacturing Strategy. …

In November, I announced the first element of this plan, one I am particularly excited about, the Trailblazer Universities programme. …

Australia’s Economic Accelerator is a stage-gated, competitive program designed to attract projects at proof of concept or proof of scale and their level of commercial readiness for both, but with high potential.

It will allow Australian innovators to access funding opportunities for each stage of their project provided they can continue to prove project viability and importantly, commercial potential.

The reality is that the education minister has a veto power which, on this occasion, was exercised to accord with the commercialisation plans of the government.

It should be noted that the ARC, by its own admission and under the Act, “advises” the minister and makes “recommendations” to him or her. This language is meaningless if the minister were deprived of his/her discretionary power.

The ARC’s website indicates that its purpose “is to grow knowledge and innovation for the benefit of the Australian community through funding the highest quality research, assessing the quality, engagement and impact of research and providing advice on research matters.”

It is not uncommon for principles to be applied in an unprincipled way for reasons of self-interest.

For example, a university promotions committee is responsible for recommending promotions to the vice-chancellor, who typically would sign off and inform successful applicants. But occasionally, they may reject a recommendation.

Surely the principle that a vice-chancellor retains a reserve power to reject promotion recommendations also applies to the discretionary veto power of the minister when considering research recommendations?

Schmidt’s view that the minister’s veto power represents an “existential threat” to the university sector is an untenable and vacuous exaggeration.

It is not even certain whether his belligerent statement refers to the loss of research revenue or to the ministerial interference with university research activities, which might impact “academic freedom.”

In prohibiting the minister from using his veto power, the process of research funding would be delegated to an independent quango without ministerial oversight. This would not serve the interests of Australia that seeks to prioritise the commercialisation of research.