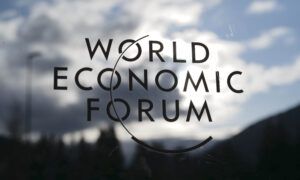 Is Capitalism Really Bad for the World?
0 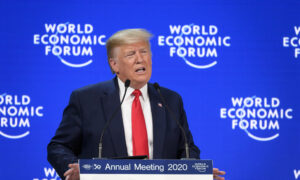 Trump Speaks at Davos to the American People
0 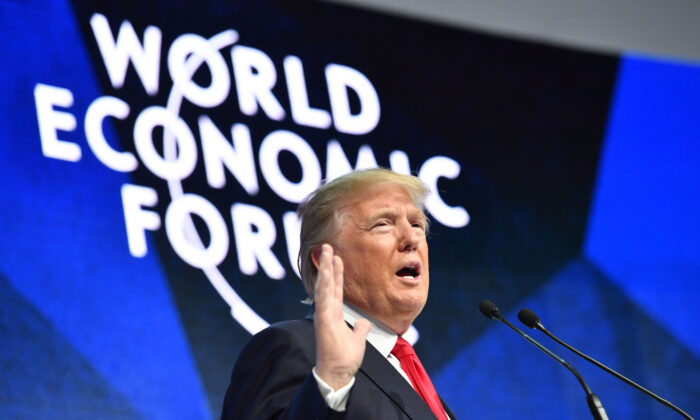 But Trump was right to herald this era of low nominal interest rates and inflation. If you want to understand how the Dow Jones Industrial Average has risen from a low of 800 to a high of 29,000 in four decades, look at the Federal Reserve’s graph of the 10-year treasury rate showing the sharp and relentless decline in interest rates between 1980 and 2020. Think about how the world has changed. In 1981, 10-year Treasury bills paid an interest rate of 16 percent. Now they are at 2 percent.

It may be the biggest unsung story of economic success—a gift that just keeps on giving.

I remember in the early 1980s, my local bank was trying to lure depositors by offering lifetime certificates of deposit paying 10 percent to 12 percent interest rates. Many of the banks that made such foolish offerings failed in the years to come. What happened? Federal Reserve Chairman Paul Volcker teamed together with President Ronald Reagan in a political partnership that slew inflation, bringing it down from 12 percent to 4 percent in about 18 months.

The high nominal interest rates back then were simply the price we all paid for runaway inflation, which rose to 12 percent in 1980. The consensus among economists and leading financiers was that double-digit inflation was with us for decades to come—as Paul Samuelson warned about in his weekly Newsweek column.

Whoops. What was not foreseen was that Reagan and Volcker would start a new economic regime to kill inflation that prevails to this day. We now live in an era with interest rates lower than at any time in decades, and the forecast is for borrowing costs, which are driven primarily by inflation and inflationary expectations, to remain microscopic for years and decades to come.

Why do these low rates matter to the economy? Let’s start by imagining the added cost to buying or selling a home today if we still had mortgage rates as high as they were back then. Homeowners would be paying thousands of dollars of extra mortgage payments a year, and real estate values would crash, as would homebuilding.

Second, low interest rates raise stock values and wealth. Inflation and high interest rates are the thieves of the stock market. The towering inflation of the late 1960s through 1980 corresponded with a near-60 percent collapse in the after-inflation return on stocks. It was one of the greatest liquidations of wealth in U.S. history—a bloodbath. Disinflation and falling interest rates combined with a stable dollar have helped resurrect growth while U.S. assets (owned by the public) have reached $100 trillion in value.

Third, low interest rates reduce the cost of borrowing costs for businesses and allow small firms that might not have access to equity markets to expand investment through loans. By the way, real (inflation-adjusted) interest rates rise when there is a higher demand for credit, which happened in the 1980s even as nominal rates plummeted.

The biggest winner of all from low rates is, of course, Uncle Sam. Every 1-percentage-point reduction in interest rates reduces federal borrowing costs by at least $1 trillion over a decade. A sudden spike in rates by, say, 200 basis points, which would still be below the historical average in the post-World War II era, means $2 trillion to $3 trillion of higher interest expenditures on top of $20 trillion of publicly traded debt.

A final point: I keep hearing senior citizens and financial advisers complain that low interest rates hurt retirees on fixed incomes. That’s nonsense. Seniors tend to hold more stocks than young people, so the surge in stock values has disproportionately benefited older people in the United States. Seniors who complain about today’s low returns on bonds should be taking a look at how their stock portfolios are performing. In just three years under Trump, index funds have seen better than a 50 percent return. Some $60 trillion of wealth is held by seniors today and will soon be passed on to the younger generations thanks to this 40-year surge in the stock market.

In the 1970s, seniors living on fixed incomes were supposed victims of high inflation and interest rates because it cost them more to buy food, medicine, and energy. Higher interest rates would correspond with a higher cost of living, so seniors should be careful of what they wish for.

So should Trump. His administration is benefiting mightily from low rates and tame inflation—to which his supply-side policies, including tax cuts, have contributed. But negative rates would mean falling prices, and the last time that happened, the nation found itself heading into the Great Depression.