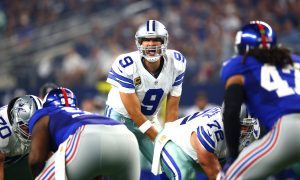 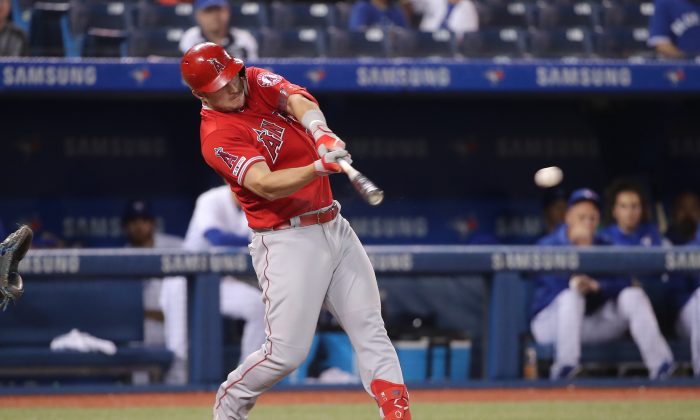 Mike Trout #27 of the Los Angeles Angels of Anaheim hits an RBI single in the ninth inning during MLB game action against the Toronto Blue Jays at Rogers Centre on June 19, 2019 in Toronto, Canada. Tom Szczerbowski/Getty Images
Viewpoints

The Economics of Pro Athletes’ Mega-Salaries

A generation or so ago, when million-dollar annual salaries in major league sports were starting to become commonplace, there were numerous complaints that no athlete deserved such lavish compensation for playing a game.

Such complaints are rarely heard today, despite some salaries soaring to the stratosphere. However, mega-contracts like the 12-year, $427 million deal signed by Los Angeles Angels superstar outfielder Mike Trout have prompted some thoughtful people to examine the social implications of such mega-contracts.

Economic analysis provides a helpful context for understanding this issue. First, though, we must distinguish between positive economics and normative economics.

Positive economics (the term that my European mentor used) refers to purely scientific, values-free analysis. To borrow an analogy from physics, the positive fact is that water boils at 212 degrees Fahrenheit. That is neither good nor bad in a moral sense; it simply describes how the world works.

Normative economics, by contrast, views economic issues through an ethical prism. Normative positions aren’t scientifically objective, but reflect the subjective ethical values and opinions of various individuals. They focus on the way we think things ideally ought to be arranged, and can overlook economic cause and effect.

This is what positive economics says about professional athletes’ mega-contracts: Market prices make it appear that sports fans value a great athlete’s skills much more highly than, say, the life-saving skills of a policeman, firefighter, or ambulance crew member. This is what was known as “the paradox of value” in classical economics.

Back then, the paradox was why an ounce of gold—useful for little more than ornamentation—traded for a higher price than life-sustaining loaves of bread. The riddle was solved in the early 1870s with the discovery of marginal utility. Bread is typically superabundant compared to gold. The relative scarcity of gold renders the market value of one more ounce—the “marginal unit”—much higher than the marginal value of one more loaf of bread. (Under conditions of famine, however, you might see a person willingly pay an ounce of gold for a loaf of bread.)

In today’s labor market, as valuable as life-saving skills are, there are thousands of individuals able to render those services, while there are very few individuals who can play baseball as well as Mike Trout.

Whether you like it or not, millions of Americans place a higher marginal value on the emotional thrills provided by watching and cheering for their favorite professional sports teams or athletes than on anything else. It turns out that many people seek to spice up their lives through the emotional highs and lows of being a sports fan, so they value and choose to spend money on tickets, caps, jerseys, and so on.

Positive economics also sheds light on the social aspects of the intense popularity of sports that results in superstar athletes receiving mega-contracts. If per-capita income in the United States were one 10th of what it is, there’s no way superstar athletes would be making anywhere near what they are. Their good fortune was produced by the widespread affluence of our society. Good for us! We can afford this entertainment (or indulgence, if you prefer).

Do mega-contracts for athletes have a societal impact? Yes, they do. In terms of positive economics, the potential monetary payoff for achieving athletic stardom is enormous, creating a huge incentive for youth to devote their teen and college years to sports in the hope of becoming a professional athlete. The downside of this is that most of those chasing that dream fail to attain it. Consequently, many 22- or 23-year-old athletes find themselves needing a job but not having developed any marketable skills. Ouch! That’s a sizable social problem.

This brings us to the normative dimension. Should salaries in sports be so high? Should government intervene in this matter? As stated earlier, this is a matter of opinion. Personally, I don’t find athletes’ salaries objectionable. Americans historically have generously rewarded exceptional talent. For government to intervene by limiting salaries is the socialistic arrogance of claiming to dictate what other people value and how much they value it. People aren’t free in any practical sense if government can prevent them from choosing how to spend their money in the honest, peaceful pursuit of happiness.

If there is one aspect of this issue where we as a society should do something differently, don’t look to sports but to our schools. There are poor communities with lousy schools where a professional sports career is perceived as one’s best chance to climb out of poverty. Don’t cut off the escape route that athletic stardom provides. Instead (and I say this as one who taught in poor urban schools decades ago), we need both better schools (i.e., more school choice) and schools that do a better job of increasing the exposure of our youth to other potential careers. Too often, students go through school with only vague notions of how their academic learning can lead to the development of skills that might not make them millionaires but nevertheless will enable them to enjoy a fulfilling, prosperous life.

That said, I do have some concerns about our society’s love affair with professional sports. The decline of ancient pagan civilizations often happened when people idolized muscularity and athletic prowess. Could history repeat itself (or at least rhyme, as Mark Twain quipped)? It’s certainly possible. For the last 50 or 60 years, the growing popularity of sports in America has paralleled the decline in church attendance.

While it seems healthy for a society to have wholesome diversions, such as NFL football, it may not turn out to be so healthy if we Americans become so infatuated with sports (and other forms of entertainment) that there is no room in our lives for spiritual devotion and pursuits.

Again, though, it isn’t for government to tell us as free people what we should value and worship, or how to find happiness and fulfillment. In regard to these matters, we might choose poorly, but we should be free to choose. Let’s hope we choose wisely.