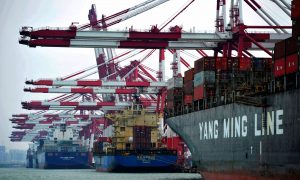 The Trouble With the Trade Surpluses
0 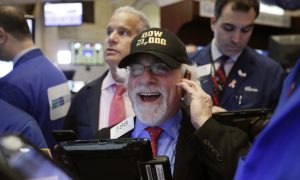 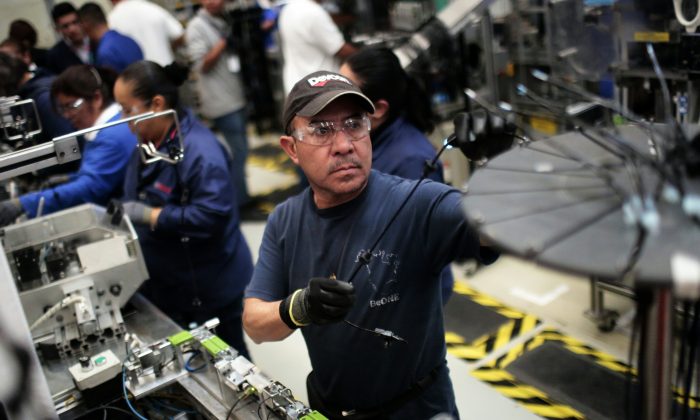 Trump may change how some indicators are calculated, highlighting the fungibility of economic reporting
By Valentin Schmid
FONT BFONT SText size
Print

Everything President Donald Trump does or doesn’t do causes commotion. This time, it’s about economic figures. Trump may change the way we calculate trade deficits, unemployment, and maybe even GDP.

According to a report by The Wall Street Journal citing anonymous sources, the Trump administration asked the Office of the U.S. Trade Representative to look into counting only the import side of “re-exports,” ignoring the export leg of the trade.

“Re-exports” are goods imported from one country, like Mexico, and then shipped to another country, like Canada, without any value added. However, the economic owner changes during the process unlike for goods in transit, which are just waved through and don’t count in the figure.

Trump, as usual, is going against the trend of how economic figures are usually adjusted, by trying to expose the weakness of the U.S. economy.

The current methodology pits the import against the export, and the net trade deficit is zero, as it should be. Import and export figures become inflated if taken separately, which is why the United Nations recommends keeping separate statistics for accuracy.

If the rumored change is implemented, the U.S. trade deficit with Mexico could, for example, nearly double to $115.4 billion without any change in economic activity.

The Trump administration hasn’t commented on whether it will institute the new calculation regime, but it’s clear that showing higher trade deficits would help push through some of its policies aimed at bringing trade back into balance.

Not that any of this would be novel for a government. There are few absolutes in how economic indicators are calculated—it’s all highly fungible. Politicians the world over use the economic figures that suit their narrative. Because the global narrative has been in favor of free trade for so long, lower deficits suited previous administrations and free trade supporters did their part to make sure the numbers looked good.

The U.S. Chamber of Commerce, for example, regularly prepares studies for Congress regarding free trade agreements that ignore imports altogether and only focus on export growth, including the re-exports. For one report looking at trade deficits with free trade partners since 2003, it left out NAFTA to make export growth look better.

Previous administrations made changes to the way unemployment is calculated to demonstrate a strong economy. Trump said during the campaign that the current headline unemployment figure of around 5 percent “is one of the biggest hoaxes in American modern politics,” fitting his narrative that the Obama administration didn’t do as well as advertised.

In addition, the BLS has the discretion to seasonally adjust any figure it publishes and also simulate business starts and associated employment for almost every report it publishes. Since 2009, the BLS has added 4.78 million jobs through the so-called birth/death of businesses adjustment, although the numbers of business formations per U.S. Census have actually been declining.

The same is true for GDP figures, which are “guesstimates” and don’t use real data collected on the ground, such as income tax returns filed with the IRS.

Like the BLS, the Bureau of Economic Analysis (BEA) can also seasonally adjust GDP in its models to fit the narrative. In the first quarter of 2015, for example, it introduced a second round of seasonal adjustment to make the numbers work. Normally there is only one round of seasonal adjustment to account for singular effects like weather, but the BEA decided it needed two to account for the effects of winter in the first quarter.

Gordon Chang: ‘China Is Going to Go Into Free Fall’

So politicians in the United States have manipulated figures to present lower unemployment, better trade, and a higher GDP. Trump, as usual, is going against the trend of how economic figures are usually adjusted, by trying to expose the weakness of the U.S. economy, which he says the previous administration left him. It’s important to remember that no economic data release is a 100 percent reflection of reality, no matter the direction of the “adjustment.”

But it’s not only the United States—everybody does it. In 2014, desperate European nations Italy and Great Britain changed their GDP methodology to include drug dealing and prostitution. For Britain, this resulted in added “production” of 9.7 billion pounds in 2009, equal to 0.7 percent of GDP.

As for trade, the whole world has a bigger numbers problem than American re-export calculations. According to the International Monetary Fund, the account balance of the whole world was $247.4 billion in 2015. This means the earth exported more goods and services than it imported. But to whom?