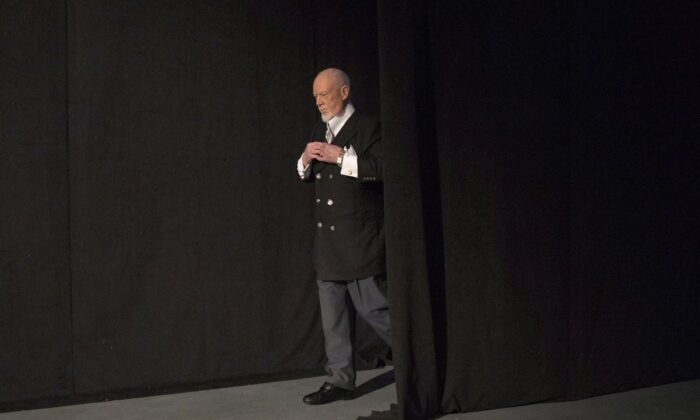 The brouhaha over Don Cherry that has been consuming the news cycle is reflective of a few insidious ailments currently plaguing society.

One is that political correctness has run rampant to the point where every syllable spoken has to be approved by a self-appointed group of moral paragons. Another is, as one can see from the reaction to Cherry’s firing and subsequent commentary, that there remains a divide between how the average Canadian sees their country and how the cultural elite would like to define it for everyone.

For saying “you people,” Cherry has been obsessively barraged by the legacy media for “smearing” all immigrants as unpatriotic and disloyal to their adoptive country. Many critics have professed their deep disgust with Cherry for refusing to change with the times. Most denouncements have come in the form of some extension of the tedious slogan, “Diversity is our strength.”

Panelists on CTV’s The Social asserted in a now infamous episode that the words “you people” automatically have racial connotations. Doing some mind-reading, they concluded that the people Cherry was referring to must be people of colour that someone like Cherry feels is changing the Canada he loves. An obviously dubious conclusion, but these are the times in which we live.

Some questions that come to mind are: Is it at all a debatable proposition that not everything is perfect when it comes to diversity and unity in Canada? Or that, in some areas, a decrease in poppy-wearing that people like Cherry have observed may indicate a decline in patriotism? Can such discussions ever be had?

This may outrage the politically correct crowd, but a sizable portion of Canadians would likely agree with Cherry’s take. Consider, for instance, a 2017 survey commissioned by the Privy Council Office in which 59 percent said they felt as if “too many immigrants” don’t adopt “Canadian values.” These opinions oscillate as realities change and could be proven wrong in the long term, but these sorts of topics should at least be up for debate. Are concerned Canadians who would like to broach these subjects or those who are unapologetically patriotic ignorant racists? Of course not, and constantly dismissing them as such only provokes a response that always seems to take elitists by surprise.

A case in point is Jess Allen from The Social. In a rant, she expressed her confusion at the widespread concern over Cherry’s firing as she doesn’t “worship at the altar of hockey” and actually feels uncomfortable with it being so important to the Canadian identity. She went on to explain that this was because, in her experience, hockey players are mostly white boys who aren’t very nice. And their parents spent thousands of dollars on minor hockey when they could have spent that money on a trip so they could “learn about the world” and “get out of their bubble.”

Not surprisingly, Allen’s depiction of a large community of Canadians as privileged, narrow-minded bigots sparked an intense reaction. Responding to it, a bewildered Allen maintained that she didn’t mean every white boy who plays hockey, “just the ones whose unsavoury behaviour, which didn’t feel very Canadian, that I witnessed.” Indeed.

It’s becoming increasingly obvious that, for all the talk of tolerance and inclusiveness, many among the cultural elite are, in fact, as prejudiced and parochial as the type of people they purport to stand against. The only Canadian values they stand up for are those narrowly defined by them and others within their cultural bubble. They are especially keen on excluding people who think differently, their main enemy being anyone who poses a challenge to the “progressive” order in Canada.

The irony here is that they cast themselves as the subversive types, constantly uprooting old traditions and rigid ways of thinking. Yet their prevalence within the vital institutions proves they have long been the dominant cultural force.

In a recent essay for The American Interest, Ben Woodfinden points out that what we see currently is a product of an effort started by former prime minister Pierre Trudeau to “remake Canada in a wholly liberal image.” Reinforced by a strong media apparatus, this has made Canada’s identity in the eyes of the mainstream entirely synonymous with liberal ideology. In turn, Woodfinden says, to react against it is to “react against Canada itself.”

Thus, political correctness is crucial to sustaining this progressive, post-nationalist vision of Canada. And as we’ve seen, it has only fomented division, as those who challenge it become more agitated the more they’re condescended to and shunned as outsiders.

Unfortunately, the chances of anyone acknowledging this in the aftermath of the Don Cherry affair are slim.