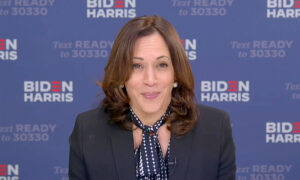 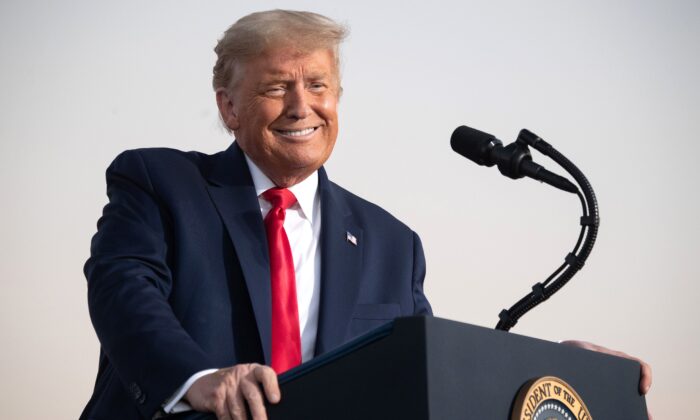 The Doctor’s Diagnosis of Trump Reveals Her Own Malady

“Past violence often leads to future violence,” said Dr. Bandy Lee in a recent interview with Salon on-line magazine, “and we now have a person [Donald Trump] who has committed mass killings, recklessly endangering life, if not engaging in negligent homicide.”

Dr. Lee is a forensic psychiatrist, and I can only hope that when she is called as a witness in a murder trial (if she ever is), she chooses her words rather more carefully than she did here. If she doesn’t, I wouldn’t want her as a witness either for the prosecution or for the defense. She would be useless in either capacity.

When it comes to recklessness, her accusation that Donald Trump is guilty of mass killings could scarcely be more reckless. In making such an allegation, it was surely incumbent upon her to specify precisely what mass killings that he was guilty of.

He has bombed no foreign countries, for example; nor has he called out troops and instructed them to mow down citizens in the street. True, he is not an emollient man and his manner is often unpleasantly aggressive, but that is not the same as being a mass killer.

I can well understand detestation of Donald Trump. I know a number of people who vote for him who are under no illusions about the manifest deficiencies of his character, which hardly need a forensic psychiatrist (moreover one who has never, as far as I know, interviewed him) to enumerate.

In the absence of knowledge that his behavior in private is much different from his behavior in public or that he was possessed of a wonderful sense of humor that he has so far kept under wraps—which, after all, might be the case—I would not invite him to dinner; and I certainly wouldn’t sign a contract with him.

But that does not make him a mass murderer, or even a bad president: there, he has to be assessed by the record of his policies, not his attractiveness as a person.

Of course, a really great leader must be able to attract and keep the allegiance of a large proportion of the population, and preferably not alienate the rest beyond endurance. It has long been my hunch that Donald Trump will in the end—and quite possibly before very long–produce exactly the opposite of his intended effect, insofar as he could be said to have intended anything very deeply: namely, there will be big government instead of small and the reign or hold of political correctness will have been strengthened rather than weakened.

And this will all have been the consequence of his personality and character, which has stimulated hatred far beyond anything he has actually done wrong, at least by comparison with other presidents or leaders.

He has the undoubted capacity to drive people mad—I use the word mad in the loose, colloquial sense. He is not unique in this: you sometimes meet a conspiracy theorist capable either of denying any established fact or of incorporating it into his conspiratorial theory.

After a time, you begin to go mad yourself; your head spins, you feel the ground under your feet beginning to subside. The only way to deal with this is to walk away, otherwise you become like an insect struggling to free itself from a spider’s web. The more it struggles, the more entangled it becomes.

Now clearly President Trump has driven Dr. Lee mad—again, I use the expression colloquially. If my information is correct, she has tweeted about him something like 9000 times. (I have nothing to do with the antisocial media myself, and I take my information from the internet, which is capable of misleading even a journalist such as myself.)

She has long been obsessed by Mr. Trump. She warned against the dangers he posed to the world from before his election in the manner of old-fashioned preachers who used to warn their congregation of the eternal hell-fire to come if they masturbated—physicians were more moderate, they warned only of blindness and mental debility.

She was always pretty firm in her terrifying prognosis, and I suspect that she is secretly a little disappointed that her prognostications have not come to pass.

Mr. Trump has let her down: he has, alas, not blown the world up. Indeed, he has been rather isolationist, more eager to repatriate troops than to send them out to desert sands in the attempt to turn immemorial tyrannies into democracies.

The number of American military deaths in the last four years has been lamentably low, from the point of view of Dr. Lee’s predictions. And, of course, we all know how attached we are to our predictions once we have made them. Let the heavens fall, so long as I am proved right.

Dr. Lee believes that Mr. Trump is certifiably mad and ought to be locked up, presumably forever since the condition from which he suffers—what my school teachers used to call bad character—is incurable, at least unless there have been medical advances of which I have not heard since I retired as a doctor.

Dr. Lee claims to have treated hundreds or thousands of characters, to whom she attributes psychopathy, with what rate of success she does not say, though I suspect that it must be very low. Everyone knows how exasperating people with character defects are, how refractory they are to appeals to reason, reform, or even to self-interest.

They are so exasperating, in fact, that they make one long to punish them for all the aggravation they have caused, and turn one almost sadistic in one’s desire for revenge upon them. Dr. Lee accuses Mr. Trump of enjoyment of infliction of misery on others, but I suspect (though of course, I admit that I haven’t met her any more than she has met Mr. Trump) that she would much enjoy inflicting pain on him.

There is only one solution to the problem. Since the relationship between Mr. Trump’s and Dr. Lee’s respective madness, loosely so-called, is dialectical, they should be locked up together. The only problem is that they would drive each other mad.