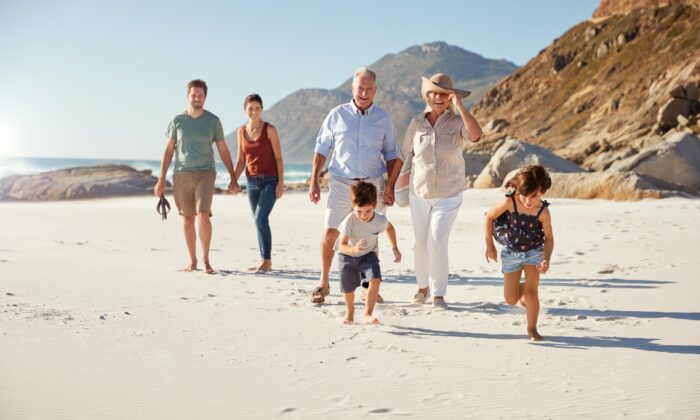 The Diminishment of Family Values

In the space of three decades, the Democrats have gone from the party of “safe, legal, and rare” abortions to the party of abortion on demand.

In the early 1990s, then-presidential nominee Bill Clinton argued that although abortions should be accessible, they should also be considered emergency procedures.

But as they say, that was then, and this is now. Clinton appeared to be a moderate on abortion. Today, many of the left’s policies and values are anything but moderate.

As the conservative author Alexandra DeSanctis noted, the left’s base “appears unwilling to tolerate a slogan that suggests abortion ought to be ‘rare,’ hearing in it too much of a concession to abortion opponents.” Indeed. For many on the left, abortion is seen as a fundamental, constitutional right.

However, the right to an abortion is not protected by the U.S. Constitution, a fact that appears to be lost on so many commentators. The denial of basic facts should come as little surprise. After all, objective reality has largely been replaced by subjective interpretations and emotionally-charged rhetoric.

In a recent essay, Kat Rosenfeld wrote, “Gone are the days when the Left took pains to emphasise that it was not pro-abortion, but against unwanted pregnancy; instead, this moderate stance has metastasised into a demonisation of pregnancy in general.”

In my humble opinion, the word “demonization” is a little strong. But Rosenfeld makes a valid point. I think it has more to do with the demotion of pregnancy as a priority. Today, an increasing number of women are prioritizing their careers over starting a family.

The demotion of pregnancy as a priority must be viewed as a symptom of much a broader problem, one that involves the demotion of other ideals and individuals. Take the demotion of marriage, for example. Some left-leaning authors argue that it is simply a tool of the patriarchy, an “inherently unfeminist institution” that must be destroyed.

It’s not. Marriage, when it’s done right, is a wonderful thing. Moreover, as an institution, it has formed the bedrock of modern society. What should we replace it with?

The demotion of pregnancy as a priority has close ties with the demotion of domesticity. Being a housewife has been compared to being a slave. Now, before I am accused of being a sexist pig, a white man of privilege petitioning for some sort of “Handmaid’s Tale”-like dystopia, let me state the following: a housewife is, by definition, a woman whose main occupation is caring for her family and managing household affairs. What exactly is wrong with this?

If a woman chooses to become a housewife, why should she be derided and patronized? Almost a third of families in the United States with children under the age of 18 have a stay-at-home mother. These women should not be discouraged from doing what they want to do; in fact, they should be celebrated.

Studies show that children benefit greatly from having a parent (yes, sometimes a father) who stays at home. These children tend to be more emotionally stable and more academically proficient.

In addition to not paying for child care, which has become expensive over the years, a stay-at-home mom gets to spend more time with her child. Whereas married mothers with jobs outside the home spend an average of 1.35 hours per day with their child/children, stay-at-home mothers spend an average of 6.17 hours with their sons and daughters. That’s almost an extra 35 hours per week, 140 hours per month, and 1,680 hours (70 days) per year. Add up this extra time spent with children for, say, 18 years, and you have a total of 1,260 days. That’s almost an extra 3.5 years spent getting to know a child, helping them grow and navigate the world.

Which begs the question: Should stay-at-home moms be paid a salary? Whatever your thoughts on that particular question, stay-at-home mothers deserve a great deal of respect and praise.

Moreover, when women out-earn their husbands, it can negatively affect their marriages. Marriages of female breadwinners are 50 percent more likely to end in divorce, according to a University of Chicago study. Today, in the United States, about 70 percent of divorces are initiated by women. For college-educated women, the number jumps to 90 percent.

Again, I am not stating that all women return to the kitchen with immediate effect. Not at all. I am simply stating the facts. Women desire men with purpose, men of worth, men who command respect, and men who leave a mark on the world. In other words, alpha males. Traditionally, men have been the breadwinners, and women have been the nurturers, the carers, and the people responsible for steadying the ship of domesticity.

However, in the United States, traditional values—religious belief, the institution of marriage, and the idea of motherhood, to name just three—are being tested. It’s easy for many on the left to point the finger at Supreme Court justices and shout, “You are robbing women of their right to choose, their right to live, their right to be happy.”