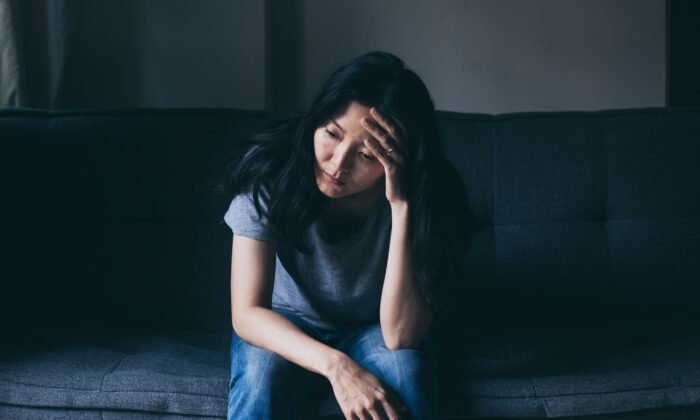 If we do not pause to acknowledge our fear, it can run our lives without us even realizing it. (panitanphoto/Shutterstock)
Viewpoints

The Devastation of Domestic Violence

October is Domestic Violence Awareness Month. Since 1989, the month of October has been dedicated to bringing awareness to the horrific tragedy of domestic violence that impacts individuals and families across America.

Although progress has been made to support survivors and hold abusers accountable, particularly with the passage of the Violence Against Women Act, millions of Americans still suffer from domestic violence.

In the United States, more than one in three women have experienced physical violence, stalking, and/or rape by an intimate partner. Every year, almost 8 million women across the country are physically assaulted by a present or previous intimate partner.

The risks for victims of these crimes have increased over the past year. With the onset of the COVID-19 pandemic, many victims were locked in their homes with their abusers and isolated from friends, family, coworkers, and others.

According to a July 2020 study published by the National Institutes of Health, “Research suggests that social isolation is one of the most prominent tactics used by abusers to distance victims from their support networks. Now that physical isolation is a government-sanctioned approach; it is seen that cases of domestic violence have increased significantly.”

The National Domestic Violence Hotline, among other portals and government organizations, recently reported a “significant surge” in the number of calls from victims. For example, in March 2020, Jefferson County Alabama saw a 27 percent increase in domestic violence, while New York City saw a 10 percent increase.

Further, the turmoil of the COVID-19 pandemic added significant amounts of economic stress for many Americans.

For the past year and a half, economic stress and uncertainty have been experienced by millions of Americans who have lost their jobs, businesses, or livelihoods. The authors of the National Institutes of Health study wrote, “[W]e can confirm that economic issues arising during the Covid-19 crisis are the most significant contributors to the surge in domestic violence.”

Economic security is often a critical factor in a victim’s decision to stay, leave, or return to a violent relationship. An overwhelming majority of survivors of domestic violence, 83 percent, reported that their capability to work was interrupted by their abuser.

Particularly in Los Angeles, where homelessness has dramatically surged, 36 percent of homeless women surveyed in 2019 experienced domestic or interpersonal violence within the last year.

Domestic violence is an evil that potentially impacts more than 43 million American women and can be experienced by anyone at any time. Abuse does not distinguish between age, race, or socio-economic demographics. In addition to displacement, domestic violence is a problem that can lead to numerous hardships for victims, including substance abuse.

Consider this testimony from Pamela Crenshaw, a domestic violence survivor. She said, “I was a middle-class housewife living in Orange County. My abusive husband drove me to get a divorce and then to alcoholism to numb my pain … I ended up living on the streets of West Hollywood. … After two years in a sober living facility, I began new life.” Pamela is one of many survivors of domestic violence in our country.

By speaking out and shedding light on the pervasiveness of domestic violence, we can support survivors and hold abusers accountable. No one should live in fear of abuse.