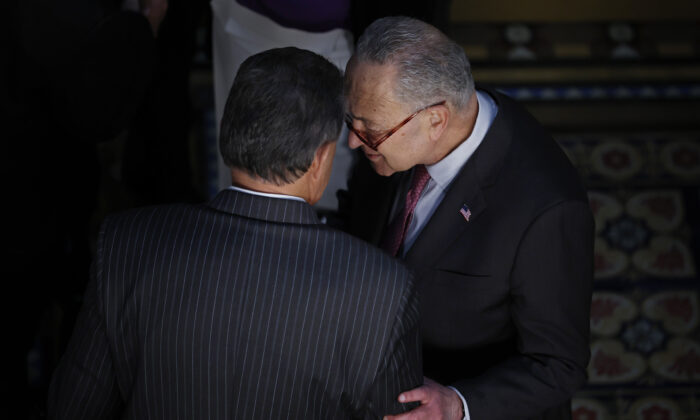 The Dems’ New Proposal Does Nothing to Lower Inflation 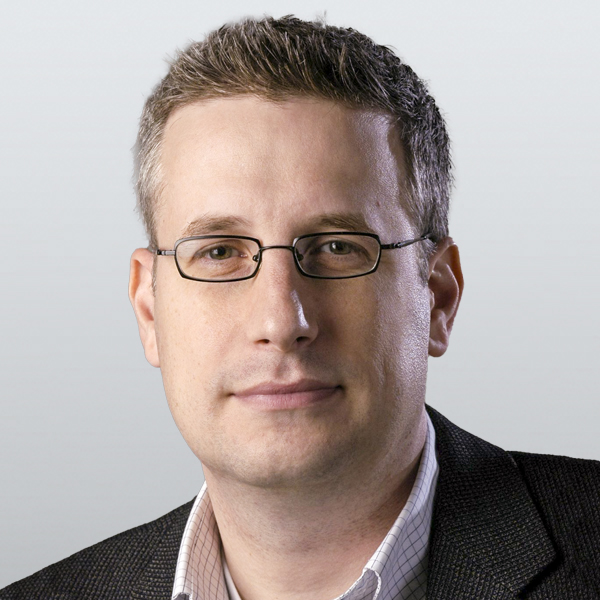 The first thing to remember about the reconciliation bill that Sens. Joe Manchin (D-W.Va.) and Chuck Schumer (D-N.Y.) agreed to last week is that, despite its utterly preposterous name, it has absolutely nothing to do with inflation.

The Inflation Reduction Act of 2022 is crammed with the very same spending, corporate welfare, price fixing, and tax hikes that were part of Build Back Better—long-desired progressive wish-list agenda items. Pumping hundreds of billions into the economy will do nothing to alleviate inflation. The opposite.

Let’s also remember the Democrats’ deflection on inflation last year—claiming it was “transitory” and “no serious economist” is “suggesting there’s unchecked inflation on the way,” and so on—was all part of a concerted political effort to ignore the problem long enough to cram through a $5.5 trillion iteration of their agenda. And when inflation suddenly became non-transitory, and politically problematic, the Biden administration argued that more spending would relieve inflation.

They don’t care about the economy, as long as dependency is being expanded.

The bill is far more likely to spike consumer prices than not. You can hate corporations with the heat of a thousand suns and grouse about the lack of fairness in the world, but it won’t change the fact that businesses don’t pay taxes, they collect them. The Dems’ bill claims it raises $313 billion with a minimum 15 percent corporate tax rate. Democrats seem to be under the impression that corporations that pay less than 15 percent are evading taxes rather than using completely legal tools such as accelerated depreciation or taking advantage of tax credits.

Whatever the case, raising corporate taxes means fewer jobs or higher prices. Maybe both. What it won’t do is lower inflation.

The same establishment media that is suddenly unsure how to define a recession is going to falsely claim that the bill has a “deficit reduction package,” even though anyone who’s spent five minutes in D.C. knows that the bill features a bunch of accounting gimmicks that will allow Manchin to go back to West Virginia and claim his concerns about spending are allayed. The deficit reduction number—which relies not only upon raising taxes on consumers but creating a more powerful IRS (and IRS public-sector union)—is plucked from the ether. We have no clue how much new taxes and audits will raise. What we do know is that any new spending program instituted today will exist in perpetuity.

The bill also dumps another $369 billion into green boondoggles, which also acts as a slush fund for Democrats. Now, even if you’ve convinced yourself that slight variations in temperature are an existential threat to humanity, there has never been an instance of energy becoming more affordable due to pumping money into green economies. A bill with “investments” that will “encourage” a “transition,” as political journalists would say, is really just force-feeding inefficient and expensive alternatives that elbow out reliable, affordable gas and oil, and push prices higher. Manchin claims that the bill specifically brings down energy prices.

Yet, unless West Virginians are clamoring to buy already heavily subsidized electric cars, the bill gives them nothing. It takes.

The only aspect of the bill that even feigns at being about prices allows Medicare to “negotiate” (some) prescription drug prices. This is called price fixing, as the government is big enough and powerful enough to demand any arbitrary price it wants from rent-seeking companies. What it will do, as price fixing always does, is undercut innovation and investments, and create supply shortages and higher prices for ordinary consumers.

The Inflation Reduction Act features new taxes on natural gas and coal production. How could a senator from West Virginia ever support a proposal that promises a 40 percent reduction in greenhouse gas emissions by 2030? Achieving it would mean the economic destruction of his state. Though, to be fair, those policies would mean the economic destruction of the entire economy.

Manchin—who once said, “I don’t think during a time of recession you mess with any of the taxes, or increase any taxes”—always plays this game, making it difficult for Dems to create the impression of moderation at home, and then basically giving in. And, in the end, nearly every reporter is going to allow Democrats to pretend that $430 billion is a pared-down bill, a mighty political sacrifice, because what they really wanted was a $3.5 trillion bill.

They’re going to allow Democrats to pretend that bill lives up to its name, when it does nothing of the sort. The Inflation Reduction Act is to inflation what the Affordable Care Act—which doubled premium costs—was to health care insurance.