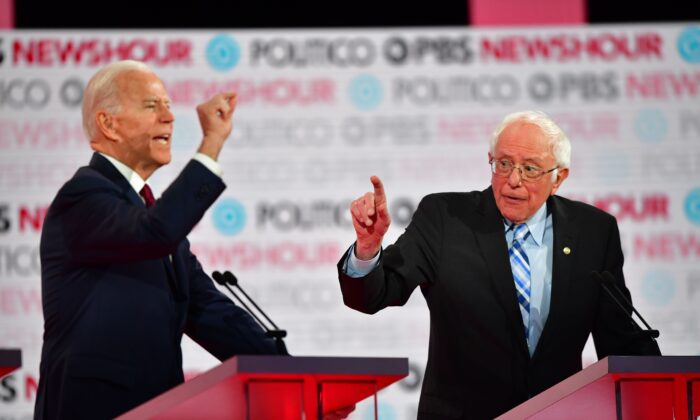 The Democratic Party Civil War Is Just Getting Started

Who will be the Democratic nominee in 2024? More importantly, why is that question even being asked before the 2022 midterms? The answer to the latter question is simple, the Democratic Party is descending into a civil war that’s just beginning and will continue as far as the eye can see.

Democrats at all levels are asking whether Joe Biden will run for reelection and, if he doesn’t, who should be the nominee? Not only is that discussion unprecedented so early in a presidency, so too is that Vice President Kamala Harris isn’t seriously being considered as a potential 2024 candidate.

There can be no question that the timing of the discussion is distracting Democrats from their necessary messaging before the November midterms. On the surface, the reason for the debate is the poor results of the Biden administration and his associated polling, which has steadily descended into the 30s.

As I wrote in September 2021, when Biden’s polling was in the mid-40s, there were numerous reasons why no one should expect Biden’s numbers to recover very much. Sure enough, his numbers have only grown worse.

The Democrats, however, face a much bigger problem than the 2022 elections or the 2024 nominee. The real problem facing the Democratic Party is that the big government socialist element is the growing element of the party and they’re at war with the waning other factions of the party. Historically, once that fight gets underway, it’s a long and bruising battle that can lead to a party spending time in the political wilderness—witness the Labour Party’s history in England.

Also, recall that the race for the 2020 Democratic nomination was a free-for-all. Two dozen candidates fought for attention, which came at the expense of driving the party ever further to the left. That dynamic brought the socialist Bernie Sanders to the brink of victory, which likely would have resulted in a wipeout for the party. That result was only avoided by a very public brokering of the nomination that resulted in candidates dropping out and the nomination being handed to an otherwise floundering Biden.

During the process, Biden promised that his administration would be the “most progressive in history.” He has certainly kept that promise. Indeed, despite horrific polling numbers, below 40 percent at this writing, Biden has stayed the course.

Normally, such numbers would result in a course correction. But, as Brian Riedl rightfully points out in the New York Post, “Biden won’t fight inflation because he doesn’t want to anger unions and greenies.” Therein, the Democrats’ problem is encapsulated. Even a Democratic president, at this point in time, can’t take on the far left of his party. Normally, a president drives the agenda for his party. Not today.

That problem for Biden, if he does consider it a problem, won’t end for him for however long he remains president. Indeed, it will likely grow the weaker that Biden becomes.

As a practical matter, Biden’s weakness means that the Democratic 2024 nomination process is already underway—and, just like in 2020, it should be a free-for-all. Before it’s completely underway, however, the midterm elections will be contested and likely will result in the Democrats losing 40-plus House seats and control of the Senate.

Who will be to blame for that? Logically, one would conclude that the policies that resulted in the current polling would be called into question. The louder voices, however, will say the opposite. Sen. Bernie Sanders (I-Vt.), Sen. Elizabeth Warren (D-Mass.), and Rep. Alexandria Ocasio-Cortez (D-N.Y.) will claim that the Democratic Party didn’t go far enough with their policies and that’s why they lost.

Will that view be opposed by Biden? Likely not, given his weakness and the fact that his administration is dominated by the far left. If it’s to be seriously countered, it would have to come from worried donors.

What is certain is that right after the midterms, if the Democrats lose the House and Senate, upwards of 30 Democrats will push for the 2024 Democratic nomination. The low barrier to entry allows for so many to have such ambitions. Keep in mind that Pete Buttigieg ran in 2020 and he received under 9,000 votes in his last election before running for president.

Once again, that free-for-all will result in Democrats running to the left to get the attention of voters. As that happens and January 2024 approaches, the non-Sanders/Warren/Ocasio-Cortez faction of the Democratic Party will be tested and may well need to save the party from itself. Who will that be? Joe Manchin? Donors? Or will Barack Obama step in again to make sure Bernie doesn’t get the nomination?

Only time will tell, but it’s for certain that the Democrats’ civil war is here to stay.