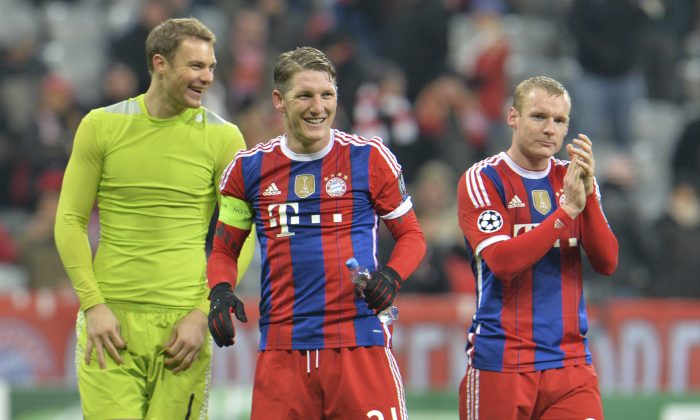 Some clubs make money, others just have it
By Valentin Schmid
biggersmaller
Print

On the pitch, European football is simpler than its American counterpart. Off the pitch, it’s a different story.

Every year, consultancy firm Deloitte publishes a study of who makes the most money in European football. Because there is no salary cap and no draft system, the issue of where this money comes from and who owns the clubs is much more complicated than in the United States.

Clubs like Real Madrid, Manchester United, and Bayern Munich make money. Clubs like Paris St. Germain and Manchester City get it from their rich owners in Qatar and Abu Dhabi.

Real Madrid is at the top of the table again for the 2013/2014 season, making a total of 550 million euros (USD$626 million) from ticket sales, and broadcasting and commercial revenue, but excluding money from player sales.

Besides the fact the club benefits from individual sales of broadcasting rights and funds most of its outrageous transfer payments with debt, it is a legitimate business and the world’s biggest football brand. It has 14.4 million followers on Twitter and 80.7 million Facebook likes.

However, both are global brands with hundreds of millions of fans worldwide and don’t depend on a single source for its revenue.

Not so Paris St. Germain (Nr. 5 with 474 million euros) and Manchester City (Nr. 6 with 414 million euros). Both clubs get most of their commercial revenue from a single source associated with their owners from Qatar and Abu Dhabi.

Paris gets 200 million euros a year from the Qatar Tourism Authority. No commercially oriented business would pay as much for a club that only plays in the second tier French League and never made it past the Champions League quarter finals.

The same is true for Manchester City’s 53 million euro (USD$60 million) a year sponsorship deal with Ethiad Airways, headquartered in Abu Dhabi. The deal includes naming rights and shirt sponsorship. As a comparison, the much bigger and more successful brand Bayern Munich gets around 30 million euros from its shirt sponsor Deutsche Telekom.

This is why the European football governing body UEFA slapped both clubs with transfer limits of 60 million euros last year within the Financial Fairplay framework. Previously both clubs spent in excess of 100 million euros (USD$114 million) every year.

In Europe, football is a competitive industry. On and off the pitch.