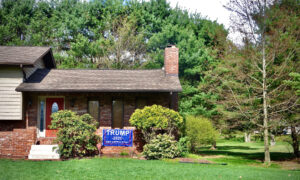 Trump Didn’t Form a Populist Coalition; He Was the Result of One
0
Share Now
TelegramFacebookTweetEmailTellMeWeReddit
Copy Link 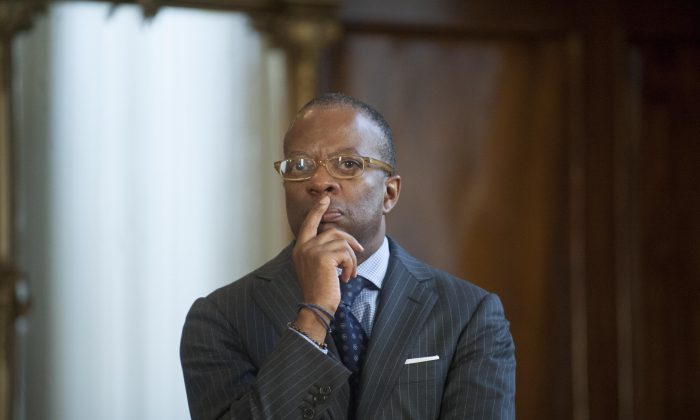 Todd Robinson is famous in Guatemala but not in the United States. With Central America’s problems walking north in the form of a caravan that’s thousands of people strong, that is about to change.

Robinson’s open disregard for diplomacy, law, and Trump policy has exacerbated the flow of illegal migrants and drugs to the United States.

During Obama’s tenure, Robinson installed socialists to senior government and judicial positions in Guatemala. These allies descend from Fidel Castro-supported guerrillas from the country’s armed conflict (1960–1996). They protect gangs who dominate rural areas and foster lawlessness in Guatemala’s border regions—a critical portion of the only land route for contraband.

In 2016 as ambassador, Robinson summoned a small group of Guatemala’s congressional leaders to his private residence. In the garden behind his house, he insisted they appoint a Marxist ally, Gloria Porras, to the Constitutional Court, the nation’s final arbiter. Robinson made it clear that any uncooperative congressmen would be subject to U.S. visa cancellations and criminal investigations.

Despite her own corruption, Porras garnered a 145–6 vote and appointment, such was Robinson’s intimidation and clout in Guatemala. Congressman Fernando Linares opposed the vote on the grounds that leadership had violated parliamentary procedure. He voted against Porras, and, right away, the U.S. consulate revoked his visa.

Linares’s son, a member of the South Carolina National Guard, suddenly died at 27 years old. Linares asked for a special dispensation to attend the funeral, but U.S. officials denied the visa.

In the documentary, “Hillary With Love,” Linares explained: “Magistrates have told me, [Porras] tells them what she wants them to do and how to vote, since she has the support of the U.S. ambassador.” Porras’s blackmailing of reluctant magistrates includes threats of criminal investigations.

With a Little Help from the United Nations

A weapon in Obama’s subjugation of Guatemala has been the U.N. Anti-Impunity Commission (CICIG), which is a criminal organization in its own right. Former Vice President Joe Biden traveled to Guatemala three times, between 2014 and 2015, and intimidated former President Otto Pérez Molina to extend the CICIG mandate.

CICIG Commissioner Iván Velásquez is a Colombian Marxist, identified by Judicial Watch for his “left-wing agenda.” With Robinson’s State Department backing, Velásquez deposed Pérez and wanted to cancel the 2015 elections to place collectivist allies in power.

Having failed to stop the elections, Robinson’s and Velásquez’s candidate for president was Sandra Torres of the National Unity of Hope party (UNE). A former guerrilla and likely part of a high-profile kidnapping before the 1996 peace accords, she lost to Jimmy Morales, a political novice and former comedian, by a 67 percent–33 percent count in a runoff.

To continue the Obama policy, Robinson had to subdue Morales, an anti-establishment outsider. A local news outlet funded by George Soros’s Open Society Foundations has bragged that Robinson vetoed Morales’s choices for interior minister and finally named Robinson’s candidate. The same happened with other ministries, including foreign relations.

People present at Robinson’s November 2016 election party describe his depression about Trump’s victory—a party killer. Robinson tried to convince Guatemalans that nothing would change under Trump. He also tried but failed to change Guatemala’s constitution to consolidate his socialist allies’ control over the judiciary before Trump could act.

Robinson’s ministerial allies helped distance Morales from Trump. However, time ran out on Robinson when the State Department transferred him to Venezuela as charge d’affaires. This position conveniently doesn’t require Senate confirmation, a process that could have revealed his crimes in Guatemala.

After leaving Venezuela, among Robinson’s first statements in his current post was assuring U.S. support for the CICIG would continue. The CICIG, trying to depose Morales to keep him from working with Trump, had come under congressional scrutiny for colluding with Russia, regarding persecution of one of its citizens who opposed President Vladimir Putin.

The Wall Street Journal, Judicial Watch, and U.S. Congress have discovered criminal action by the CICIG. A report by four Guatemalan civic groups details how the commission has violated its mandate and has executed an illegal political agenda against Guatemala’s conservatives. This couldn’t have happened without the active involvement of the U.S. government, especially Biden and Robinson.

Torres is the leading candidate in the 2019 presidential elections. In September, she posted a photo of herself outside the State Department, where she met with Robinson. He complained her party wasn’t doing enough to oppose Morales, who by then enjoyed open support from Secretary of State Mike Pompeo.

Robinson insisted that the UNE subpoena Morales’s new ministers of interior and foreign relations to the Guatemalan Congress as part of the effort to separate Morales from Trump.

Not without irony, Robinson and Maduro use the same party in Guatemala to promote their agendas. This is consistent with Robinson’s perfidy against Trump in Venezuela and again in his new post.

Trump has an opportunity to work with Morales to significantly reduce the flow of illegal migrants and narcotics from and through Guatemala, benefiting Mexico. The change requires removing Robinson and others at the State Department who are still trying to impose Obama’s corrupt will on Guatemala.