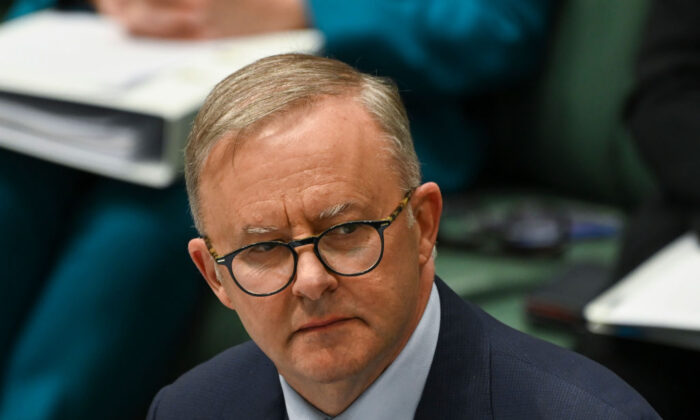 Australia is continuing to make diplomatic representations to Indonesia following the proposed early release of the bomb-maker who assembled the explosives used in the Bali bombings.

Umar Patek’s sentence has been reduced by a further five months, meaning he could walk free within days after only serving around half of his original 20-year sentence.

The 2002 bombings killed more than 200 people, including 88 Australians.

News of Patek’s potential release comes less than two months away from October’s 20th anniversary of the bombings.

“This will add to the distress and trauma that the families of the 88 Australians who lost their lives in this terrorist attack feel, particularly on commemoration days, and the 20th anniversary is coming up,” Prime Minister Anthony Albanese told Seven’s Sunrise.

“It’s not just about the 88 people, we are talking about thousands of people who have been impacted with trauma, who have lost loved ones.

“They lost mothers and fathers and sons and daughters and brothers and sisters in this terrorist attack.”

The prime minister said the government is making diplomatic representations to Indonesia but acknowledged the decision over Patek’s future had been made in another nation.

“His sentence is there. It’s a decision that has been advised to Australian authorities,” he told the ABC.

“We continue to make diplomatic representations in Australia’s interest.

“We’ll continue to do that across a range of issues relating to security and relating to sentences, including the sentences of Australians who are currently being kept in Indonesia.”

Indonesian ambassador to Australia Siswo Pramono said he didn’t wish to comment on the release when approached by reporters at an event in Canberra on Friday and referred media to the embassy.

The Indonesia embassy in Canberra has been approached for comment.

The opposition foreign affairs spokesman Simon Birmingham has called on the government to make its case to Indonesia, expressing his hope that Jakarta will act on the concerns.

“The Albanese government … should be making sure that the pain that will be felt by many Australians and by many others around the world is clearly understood in Indonesia,” he told Sky News.

“It’s important that whilst we respect the judicial processes of other countries and of partners who we have close relationships like Indonesia, that we also make clear our concerns.

“On this occasion, I’m sure Indonesia will at least hear those out. And I would urge them to not just hear them, but ideally to act on them too.”

But survivor Erik de Haart says there is little the Australian government can do.

“It’s a bit late for our government to do anything at the moment,” he told Seven’s Sunrise.

“When you consider all of the financial aid we’ve given (Indonesia) over the years, with the disasters they have had, and they seem to keep rubbing our noses in it.

“We’ve got to adopt a bit of a hotline with Indonesia and the other Asian countries who harbour these extremists and kill people and say, ‘You want to let these people live freely, you won’t get as much aid’.”

De Haart added the bomb-maker might not be deradicalised, as claimed by the Indonesian authorities, despite potentially getting out early for good behaviour.

“I don’t care if he’s been deradicalised or not, it could be part of an act, but at the end of the day he made a weapon that killed 200 people and doesn’t deserve to be given a good behaviour release,” he said.

“For us, there hasn’t been a sense of justice at all.”