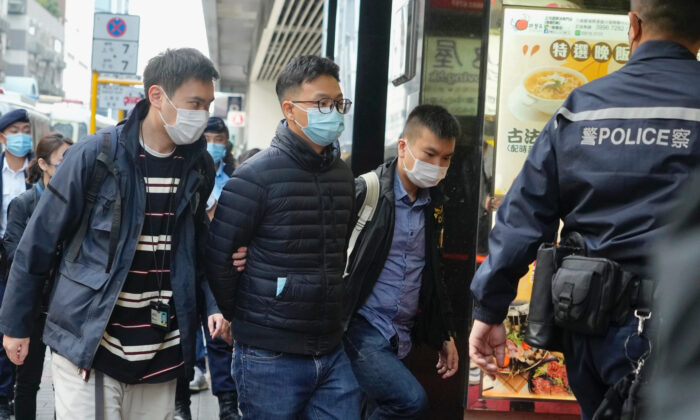 The Death of Truth and Freedom in Hong Kong

Right now, across the world, there is a war on truth. The war comes in many forms. More often than not, it comes in the form of misinformation and disinformation campaigns.

Across China, the war on truth has been occurring for decades. However, the effects of this particular war have not been evenly distributed—some regions, and some people, have been hit harder than others. If in doubt, let me point you in the direction of Hong Kong, a place where truth is dying the most painful of deaths.

In the summer of 2020, the Chinese Communist Party (CCP) introduced a draconian new law, ostensibly designed to make Hong Kong more secure. In reality, the new law only served to make the city less free, by making it easier for Beijing to punish pro-democracy protesters.

The law, which essentially dealt a killer blow to Hong Kong’s autonomy, was introduced to crack down on acts of subversion—for example, the undermining of the power and authority of the Chinese Communist Party (CCP) and Xi Jinping—and terrorism, as well as collusion with foreign or outside forces.

Of course, as many readers already know, the CCP plays loose and fast with definitions. In the eyes of those in Beijing, anyone who strays from the Xi-approved gospel is guilty of subversion.

The new law was announced by Carrie Lam, the fourth and current chief executive of Hong Kong. Although Lam vehemently denies that she is a puppet of Beijing, it’s very difficult to view her in any other light. That’s especially true if you happen to be a member of the press dedicated to exposing the hypocrisy and capriciousness of the CCP.

Puppet on a String

Reporters Without Borders, an international non-profit and non-governmental organization dedicated to safeguarding the right to freedom of information, has labeled Lam a “predator of press freedom.” Lam, we’re told, “has proved to be the puppet of Chinese President Xi Jinping.” Since 2017, when she rose to power (or however much power is granted to her by Beijing) she has openly supported Xi’s “predatory policies towards the media.”

In the summer of 2021, Lam’s support culminated in the closure of Apple Daily, the city’s largest pro-democracy paper. Jimmy Lai, the paper’s founder, along with six of his employees, were charged with conspiracy to produce and distribute seditious material.

Courageous is a word that should be reserved for truly heroic individuals, and Lai, 74, is most definitely courageous. In 2019, when anti-CCP sentiment in the city was at its fiercest, Lai was there, on the streets, actively encouraging people to fight back against Beijing. For this and other “crimes,” Lai was given a 20-month jail sentence.

However, on Dec. 28, prosecutors brought fresh charges against Lai and the aforementioned six employees. According to the South China Morning Post, the new charges allege “that the defendants conspired to print, publish, sell, offer for sale, distribute, display or reproduce seditious publications.” With these new, trumped-up charges, Lai may very well spend the rest of his life behind bars—all because he had the audacity to speak the truth.

Ever since Lai’s arrest, Lam has been a vocal critic of the much-loved tycoon. Because of this, on the Reporters Without Borders website, the “predator” sits alongside others enemies of press freedom, including Xi Jinping; North Korean leader Kim Jong-un; Russian President Vladimir Putin, a man who has overseen the murder of at least 21 journalists; Saudi Crown Prince Mohammed bin Salman, a man who allegedly greenlit the murder of journalist Jamal Khashoggi; and Hungarian Prime Minister Viktor Orban, no friend of the press.

In Hong Kong, Lam has played a pivotal role in consigning truth to the trash bin of history. The final nail in the city’s coffin came on Dec. 29, when Stand News, the pro-democracy media outlet, officially shut down.

Like Apple Daily, Stand News was dedicated to delivering the truth—unvarnished and unfiltered. As Reuters reported, police officers raided its premises and “froze its assets and arrested senior staff” on suspected “seditious publication” offenses.

In the words of the author Sakshi Kharbanda: “There is no better tool than the press to catechize the government. Bullies attack, censor, jail, and murder journalists because dissentious truth threatens their survival and loosens their grip on power.”

Today, the word “diversity” has negative connotations. However, for democracy—and ultimately truth—to prevail, a diversity of viewpoints is necessary. No one should have a monopoly on truth. Not Carrie Lam. Not Xi Jinping. Not anyone.

As Kharbanda noted, tyrannical regimes look to cocoon their people “from diverse viewpoints,” instead giving them an alternative “version of the truth (the state’s version)”—otherwise known as propaganda and lies. This is how the distortion of truth leads to the death of truth. It starts with a threat, and ends with a thump. Its victims are people like Jimmy Lai.