The Death of the Liberal US University Occurred This Month 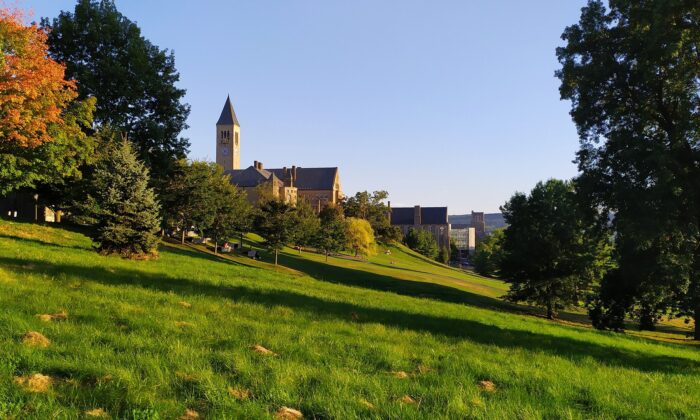 Many of us are already aware of the decline of U.S. universities. Once, they were the bastions of liberal ideology, the pinnacles of academic achievement that produced the greatest breakthroughs in the world and some of the greatest thinkers of each generation.

They were the envy of the world.

It was a goal of many people from underclass and working-class American families, immigrants, and foreigners to send their children to be educated at one of these institutions. It was a great achievement to graduate because it meant not only a great job was waiting, along with almost assured financial success, but that students had competed and succeeded based on their abilities alone.

Was it perfect? No. Was it always a level playing field? No. As a Jew, I knew that, like many other institutions, there would be some who would make my life harder, and my goals more difficult to reach. But in the end, if I succeeded, it was as a result of my abilities and hard work.

So where did the liberal university begin and where did it die? Both occurred at the same place—my alma mater, Cornell University. It began in 1865 and it died about two weeks ago.

Cornell was founded in 1865, shortly after President Abraham Lincoln signed the Morrill Act, which granted federal land to each state to set up a college for teaching greatly needed practical skills, in particular agriculture, engineering, and military tactics. It was founded by two men from highly different backgrounds, which accounts for it becoming unique among U.S. universities and setting standards that were first adopted by Stanford University, which was modeled after Cornell, and later by all American universities.

Cornell’s namesake, Ezra Cornell, was a self-taught working man—a carpenter, a mechanic, a farmer, and an inventor. He invented machinery for laying telegraph cables, worked with Samuel Morse, and created his fortune through his company, Western Union. He joined Lincoln’s abolitionist Republican Party and served as a senator for New York for many years. Cornell believed in the need for highly skilled technical people; he had little respect for philosophers and other abstract thinkers. He wanted to build an institution that would train students in practical skills so that they could be productive members of society.

Andrew Dickson White came from a wealthy family and attended Yale University. After graduation, he traveled the world and then took a position as professor of history and English literature at the University of Michigan. White also joined Lincoln’s Republican Party because of his devotion to the abolitionist movement, about which he wrote many legal arguments. He served as a diplomat to Germany, where he became fascinated with the unique German model of liberal education. White treasured the study of humanities as providing required knowledge for being good, informed citizens of our society.

These two pioneers, though different in many ways, had a common philosophy that cemented their partnership and friendship and drove their vision for creating a great university. This philosophy was enshrined in Cornell’s simple and clear motto: “I would found an institution where any person can find instruction in any study.”

Cornell’s motto wasn’t simply window dressing to attract funding or to appeal to an elite student body. Cornell was one of the few higher educational institutions in America, at the time of its inauguration in 1868, that admitted women, and offered the same classes as to the male students. The other Ivy League schools had sister schools, but never actually admitted women until as late as 1982.

Cornell was one of the first major educational institutions in America that admitted African Americans. George Washington Fields was a former slave who graduated from the Cornell Law School in 1890, a time when blacks were excluded from many other U.S. universities. Photographs from that time period show black and white students comfortably coexisting on campus.

Cornell was founded without devotion to any particular religion. Cornell’s Sage Chapel was funded by businessman and philanthropist Henry Sage, on the conditions that it “would never be delivered over to one sect,” and that “students should be attracted but not coerced into it.”

While Jews were overtly and later privately restricted from admission to America’s most prestigious universities, they were openly accepted at Cornell. Each person was accepted according to their abilities, and graduation from Cornell meant that they had met the same requirements as any other Cornell graduate.

While these values of equality have been eroding over the past decades at American universities, it appears to have met the death blow in recent weeks. In particular, Cornell has just announced a scholarship for students that is predicated on one criterion—the person’s skin color. The Robert ’92 and Carola Jain Cornell Promise Scholarship will be given to “black students” only.

The first question I have is, who is black? Is it someone descended from a slave in America? Is it someone with at least one parent, one grandparent, or one great-grandparent who has identifiably dark skin in a photograph? Does it include students from Africa or only African Americans? Does it include people from India? From Jamaica? Will the administrators of the scholarship perform DNA tests? Perhaps it’s based on the “one-drop rule” used by racists and slaveholders for decades to segregate and persecute African Americans. Will someone identifying as black be expelled if they can’t prove their “blackness”?

For years, these criteria were used surreptitiously. As a teenager, I was turned down for a scholarship at a prestigious school where I was informed that, while I got the highest score on the tests, I “was not the kind of person they were seeking to support.”

When Princeton accepted its one student from my high school, it was the highest achieving non-Jew in the school, skipping over 18 more qualified students. When I interviewed students for admission to Cornell, I found that the white and Asian students that I recommended were rarely accepted.

The slide down this slippery slope at Cornell started years ago, but accelerated recently, as signaled by the $50 million donation by billionaire Robert F. Smith and his Tech Scholars Program for minority and female students only. It’s hard for me to understand how a billionaire African American can claim systemic racism held him down.

I took pride in having attended a highly respected university known for its high standards, competing and cooperating with some of the best minds in the world, and which set the bar in the United States for equal opportunity in higher education.

I believed in Cornell’s motto that even a Jewish student from a working-class family like me could attend and excel. I cherished the environment at Cornell, where I sat and befriended people of every ethnic, religious, and class background, where we conversed, debated, and partied on equal footing, without questioning how any of us got admitted or whether any of us belonged there. For me, now, that feeling of pride is gone.

Opinions like mine in this article are rarely tolerated these days, especially by “institutions of higher learning.” This is exemplified by the boycott and protests against Cornell Law School professor William A. Jacobson, due to his public criticism of the Black Lives Matter movement.

My one hope is that money still matters. As a longtime donor to Cornell, I’ve made it known to the Cornell administration that they should no longer expect my dollars. I’m reaching out to other donors to do the same. Perhaps financial pressure will return Cornell to its roots of race-blind, religion-blind, and sex-blind policies, and where true freedom and equality will once again be a core value as intended by its founders.

Bob Zeidman has a Bachelor of Arts degree and a Bachelor of Science degree from Cornell University. He is an inventor and the founder of successful high-tech Silicon Valley firms, including Zeidman Consulting and Software Analysis and Forensic Engineering. He also writes novels; his latest is the political satire “Good Intentions.”

Bob Zeidman
Bob Zeidman is the creator of the field of software forensics and the founder of several successful high-tech Silicon Valley firms including Zeidman Consulting and Software Analysis and Forensic Engineering. His latest venture is Good Beat Poker, a new way to play and watch poker online. He is the author of textbooks on engineering and intellectual property as well as screenplays and novels. His latest novel is the political satire "Animal Lab," a modern sequel to George Orwell’s classic "Animal Farm."