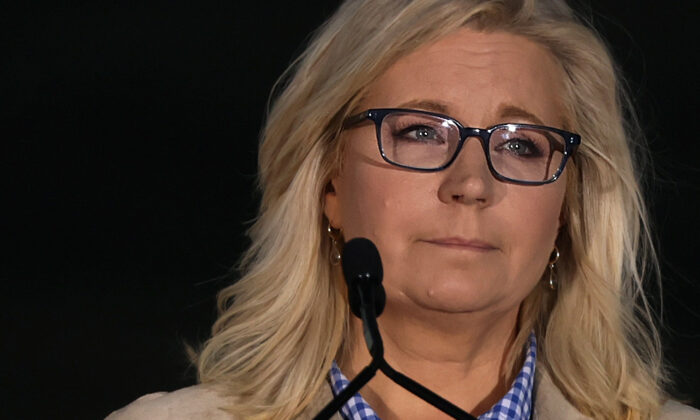 The Death of the Bush and Cheney Political Dynasties

On Aug. 12, I landed in beautiful Jackson Hole, Wyoming, to speak at a pro-life summit. The summit organizers had kindly dispatched a van to transport a number of us from the airport, and a U.S. congressman who happened to be on the same arriving flight hopped on to hitch a ride.

The congressman, a conservative, actually wasn’t in town for the pro-life summit; as I learned when he sat next to me, he was in town to campaign against his House colleague and Jan. 6-obsessed, would-be martyr for “democracy,” Rep. Liz Cheney (RINO-Wyo.).

Turns out the campaigning congressman’s efforts weren’t in vain: On Aug. 16, Republican primary voters in Wyoming absolutely walloped Cheney and nominated her leading challenger, the Trump-endorsed Harriet Hageman. In this sparsely populated deep-red state, the Republican primary doubles as the de facto general election. Hageman can thus book her ticket to Washington, come January. The housebroken faux-conservative Cheney, on the other hand, will be looking for a new gig. CNN hostess comes to mind.

Texas and Wyoming Republican voters, by eye-opening margins, have dealt thumping death blows to the Bush and Cheney political dynasties. (Perhaps Cheney is solipsistic enough to mount a 2024 presidential bid, a truly masochistic endeavor in which she would have precisely zero chance of victory.) But the even bigger and more important coup de grace isn’t that for any specific individual—or, indeed, for any particular family dynasty.

Rather, the crucial symbolic death blow is that for the effete, country club Republicanism and swashbuckling neoconservatism represented by the Bush–Cheney era. The tremendous defeats this year of Liz Cheney and George P. Bush, scions of neoconservative family royalty, at the hands of two Trump-backed primary opponents, represent a clarion plea from the Republican rank and file: “We will not go back to the old, pre-Trump era.”

After President Donald Trump’s narrow defeat in the hotly contested 2020 election, many in the housebroken GOP establishment began quietly pushing the party to reject all the substantive departures from sclerotic orthodoxy that Trump’s presidency entailed, to whitewash his myriad accomplishments from the history books and to revert to the “principled loserdom” status quo ante of John McCain and Mitt Romney. But Trump’s generally sustained success in Republican primary contests this year, outside some blips on the radar, evinces the folly of such Beltway conceit.

The demolitions of no less establishment figures than those literally named “Bush” and “Cheney,” especially given the latter’s lofty perch in the petty and vindictive Jan. 6 “select committee” witch hunt, only accentuates the key point: The “New Right,” a sweeping amalgamation of nationalist and conservative-populist sentiment, whose propitious rise has served as a rebuke to the overly “liberal” conservatism of yesteryear, is here to stay.

There will be no more focusing on libertarian economics, the donor class’s policy hobbyhorse, to the exclusion of those “nasty,” “icky” cultural issues that animate the GOP’s actual voter base.

Republican presidential primary voters in two years will likely have an opportunity to decide whether the party’s future is best represented by Trump himself, on the one hand, or some variation of conservative–populist “Trumpism without Trump,” on the other hand.

But those remain the only two games in town. There will be no going back to the pre-2016 “dead consensus”—except perhaps in the fever dream monologues of Liz Cheney’s impending CNN show.