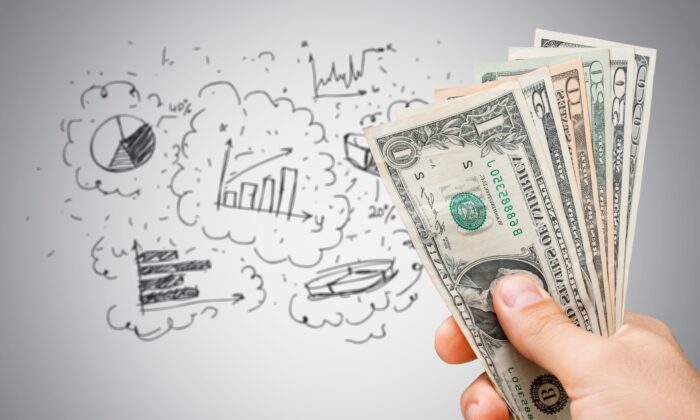 The Deadly Wisdom of Economics

The war in Ukraine has emphasized Western Europe’s dependence upon Russian energy exports, and a group of mainstream economists decided to consider what might happen to the German economy if Russia effectively reduced the supply of energy to Germany by 10 percent.

Their conclusion, in a working paper entitled “What if? The macroeconomic and distributional effects for Germany of a stop of energy imports from Russia” (in German, with an English appendix), was comforting: a 10 percent fall in energy would only reduce GDP by one-sixth as much: “economic losses from a -10 percent energy shock could be up to 1.5 percent of German GNE … GNE losses of an embargo on Russian energy are small.” (Bachmann et al. 2022a, pp. 2,8).

In a Vox editorial, Bachmann and his co-authors observed that there had been “Public fear-mongering about the catastrophic consequences of an energy embargo from lobby groups and affiliated think tanks.” But they rejected this “fear mongering” because it “does not hold up to academic standards” (Bachmann et al. 2022b).

Which is a pity, because the empirical data shows that, at the global level, the relationship between changes in energy and changes in GDP is 1:1. Figure 1 plots the annual change in energy against the annual change in global GDP between 1970 and 2017, and one fits the other like a glove. If energy falls by 10 percent, then on the historical record, GDP will fall by the same amount.

This situation reminds me of the old Marx Brothers line “Who are you going to trust? Me, or your lying eyes?” and the comment about economists by a former chair of the U.S. President’s Council of Economic Advisers, Walter W. Heller, that “an economist is someone who says, when an idea works in practice, ‘let’s see if it works in theory.’”

If factors markets are competitive so that factor prices equal marginal products, this then implies that similarly the price of energy jumps to 1/a and the prices of other factors fall to zero… this then also implies that the expenditure share on energy jumps to 100 percent, whereas the expenditure share on other factors falls to zero percent. We consider these predictions to be economically nonsensical.

“Factor markets” mean the markets that set the wage rate for workers and the profit rate for capitalists. “Competitive” means that there are no unions or employer associations involved in wage bargaining or price setting. “Factor prices” means wages and the rate of profit. “Marginal products” means the amount that the last worker (or last machine) adds to output—if the last worker hired increases output by $1,000 a week, then the wage for all workers will be $1,000 a week. The Greek symbol “a” represents the fraction of GDP that is involved in the production of energy, and it’s just 4 percent.

The rest of the paragraph states that, according to Neoclassical theory, if these assumptions were true, and the Neoclassical model of production and distribution is correct, and there was a 1:1 relationship between change in energy and change in GDP, then all of GDP would be spent buying energy, and wages and profits would be zero.

Since these last two results are obviously false—wages and profits aren’t zero, and spending on energy isn’t equal to GDP—Bachmann concluded that, therefore, there could not be a 1:1 relationship between change in energy and change in GDP.

Only there is, as Figure 1 makes abundantly clear. So, something else must be wrong. The only two choices are (a) the assumption that “factor markets are competitive,” and (b) the model of production and distribution that mainstream economists use.

In fact, both of them are false. The assumption that there are no unions involved in setting wages is false. However, unions are much weaker now than they were 40 years ago, so maybe you could pretend that the labor market is “competitive.”

The real problem though is the Neoclassical theory of production and distribution. It has more holes in it than Swiss cheese, so I can’t cover them all here (I’ll discuss them in more detail in a technical post). The key one for this paper is that the Neoclassical model assigns a trivial role for energy in production. Bachmann notes that in the simplest version of the model, the so-called “Cobb-Douglas Production function … a drop in energy supply of … 10 percent … reduces production by … 0.4 percent.”

This is sheer nonsense. In the real world, energy is critical. Energy enables workers and machines to turn raw materials into useful products, and without energy, nothing will happen. As I put it in an academic paper, “labor without energy is a corpse; capital without energy is a sculpture” (Keen, Ayres, and Standish 2019). You also can’t substitute for energy: if you don’t have energy, then you can’t use something else to make the machines work.

Practically, this means that, if Russia does block energy supplies to Germany, there will be a substantial fall in German GDP. And in general, if a Neoclassical economist predicts something, expect the opposite.