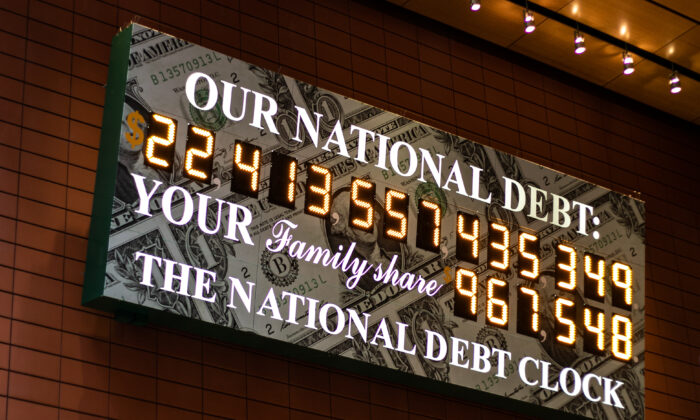 The Dead and Unborn Should Have a Voice in the Now

If you’ve ever read or listened to Milton Friedman, the Nobel Laureate economist, chances are you heard him state that people vote with their feet. America, through its founding documents, has given its citizens the opportunity to do so. This decisive action by her citizens ranges from department stores to cities to states. If the product―whether from a store or from local politicians―isn’t worth buying, then people will take their business, or taxes, elsewhere.

The Voice of the Not Yet

Economics, in a real sense, is the art of predicting the future, or at least trying to manipulate it for positive outcomes. This is why there are many economic schools of thought. Two schools of thought that have always combatted each other are those of John Maynard Keynes and Friedrich Hayek. Much like Keynes, Hayek, Friedman, and the father of economics, Adam Smith, economists are students of the past practicing as financial prophets. By studying past economic decisions, they’re able to better assess the probability of outcomes (this is why, for example, more than a thousand economists signed a petition in 1930 against the Smoot-Hawley Tariff, which ultimately perpetuated The Great Depression).

Politicians tend to listen to these prophets, but too often for political reasons. They’ve been saying for the past decade-plus that our grandchildren will be footing the bill we’ve been accumulating. By virtue (for lack of a better word) of the four 21st century administrations, trillions upon trillions of dollars have been added to the nation’s debt. This debt is, for all intents and purposes, insurmountable, given that Congress continues to pass more spending bills, the executive branch continues to increase in size, and the government as a whole pretends we couldn’t function as a society without its behemoth presence (despite, over the centuries, the private sector constantly proving to the contrary).

The government, either incidentally or purposefully, has now become master of the taxpayer rather than its benefactor. It’s not that taxation is theft, as some groups claim, but it is that when citizens are taxed for arbitrary reasons, or to accommodate poor financial management on the part of its representatives, nothing less than extortion. But it’s not just the extortion of us now, but those who will be born. They’re saddled with a debt they had no part in creating.

We have politicians who constantly give lip service to those concerned about the debt by issuing their verbal regrets, while at the same time voting for such expenditures, as if duty and honor were tied to them. And now we have some politicians so bereft of economic common sense that they claim new expenditures, regardless of the amount, won’t actually cost anything. You don’t need to possess economic common sense to know that isn’t true; you simply need to possess common sense.

We need more economists. Not economists who work in the field, per se, but those with a firm foundation in economic principles. Our education system should lean more toward economics education to prepare the younger generation to make wiser decisions in voting, personal finance, and understanding when it’s being duped by politicians. In other words, we need to save future generations from themselves, but, more immediately, from us.

The Voice of the Dead

What do Keynes, Hayek, Friedman, and Smith all have in common, aside from being economists? They’re all dead.

In his book “Orthodoxy,” G.K. Chesterton, the Catholic philosopher and theologian, wrote: “Tradition may be defined as an extension of the franchise. Tradition means giving votes to the most obscure of all classes, our ancestors. It is the democracy of the dead. Tradition refuses to submit to the small and arrogant oligarchy of those who merely happen to be walking about.”

In all cases, we reflect what Chesterton calls “tradition,” whether in our education (from science to math to literature to history); our food and beverage consumption (think of the origins of our recipes and beverage concoctions); our morality (from ancient religious texts to those of the Enlightenment); our entertainment (proof that Hollywood has run out of ideas); and the list goes on.

Since we utilize the past in everything we do, perhaps Chesterton has a valid point that we should also consider the dead as still with us when it comes to voting and making political and economic decisions. Reflecting on the ideas and wishes of the past, from George Washington to Chesterton to our own grandmother, could very well benefit the nation as a whole (I have a hard time thinking it could not). Unfortunately, too many of us tend to disregard the dead and the traditions that have kept our nation together for so long (those traditions that have brought us back together even when we were broken apart).

Chesterton rightly assesses that we shouldn’t leave everything up to the “oligarchy of those who merely happen to be walking about,” but that we should consult the former generations. Wouldn’t that be the height of inclusion?

Along with more economists, we need more historians and theologians (again, not necessarily working in those fields) who can retrospectively view the country’s political and moral history, and then disseminate that information to the next generation, while also taking decisive action based on that knowledge.

As Chesterton hinted, the only way to save today is to consider those of yesterday. By saving today using yesterday’s wisdom, we might just be able to save tomorrow.