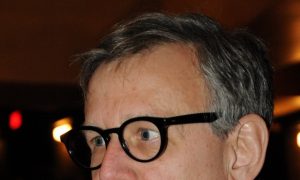 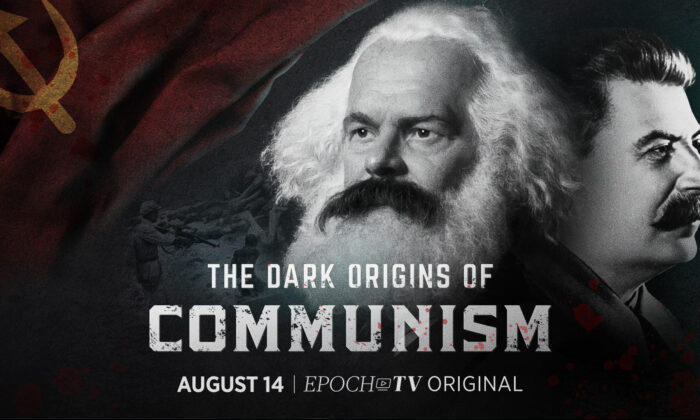 In this special Epoch TV series “The Dark Origins of Communism,” Episode 1 titled “War on the Human Spirit,” Joshua Philipp, investigative journalist for The Epoch Times, offers a chilling and eye-opening look into the origins of communism and the horrifying results that followed.

Philipp begins by speaking to the desire for peace, prosperity, and happiness, which are natural wants in human nature. However, the desire for good can be exploited, used by those who do evil. Communism advertises itself as a promise for a manmade heaven on earth, but as seen throughout history, what this ideology delivered instead was a living hell.

The Harvard University Press’ book “The Black Book of Communism” attributes over 100 million deaths worldwide to the communist ideology, but in recent research, that number is even higher. In every country where communism gains power, authoritarianism and death followed in its wake. Karl Marx and Friedrich Engels set forth in their Communist Manifesto an ideology of struggle, which, in their own words, “abolishes all religion and all morality.”

Learn more about The Dark Origins of Communism.

These communist thought leaders believed that development occurs as a result of struggle and that life is nothing more than matter. If life is nothing more than matter, then life becomes expendable, to be manipulated and used for the so-called greater good, which runs counter to what normal people consider to be good. Philipp points out that most people don’t view famine, death, and oppression as good, however, communist leaders celebrate these events as a success.

For example, a manmade famine swept through Russia in 1921 as a result of the communist regime confiscating farmers’ tools and arresting anyone who opposed the government. As a result, 5–10 million innocent people, families, and children are estimated to have been killed. The very peasants that communism was supposed to help were massacred under its rule. Lenin was overjoyed by this event, saying that famine would have numerous positive results. “Famine will destroy faith, not only in the Tzar, but in God too.”

Following Lenin’s death in 1924, Stalin’s 29-year reign further bloodied Russia, where even more famine and suffering would occur. In the Ukraine, 7–10 million people were killed, according to the United Nations’ estimate published in November, 2003. In Kazakhstan, approximately 1.5 million people were starved. The documentary shows tragic and horrific photos of starving families and death wagons full of children.

The Dark Origins of Communism | War on the Human Spirit [Trailer]

Stalin, who killed an estimated 60–66 million innocent people, counted these deaths as successes. The deaths under Mao Zedong, the communist ruler in China from 1949 to 1976, may have been even higher. The Great Leap Forward, an economic and social campaign led by Mao from 1958–1962, created another manmade famine that killed an estimated 45 million people in only 4 years. Personal stories from people who lived under both Stalin and Mao reveal people resorting to cannibalism. People were forced to either die or betray their own morals just to survive.

Philipp talks about the psychological effects on people who have to betray their own morality. The self-loathing and guilt that follows leads to mental vulnerability, which results in people thinking that maybe life is in fact only matter and therefore morals don’t carry any weight. Once this thought process is in place, people are vulnerable to the belief that perhaps the communist ideology is correct. “What the constant barrage of public executions, suffering, trauma, and madness does is leave people so afraid, shocked, or apathetic and numb that nobody can think straight anymore,” explains Philipp.

A key goal of communism is to erase preexisting morals so the government can displace it with their own code of ethics, which is to obey the Communist Party at the expense of humanity. Communists lead society to believe that morality, faith, and ethics are wrong, but famine, oppression, and struggle are right, when they serve the party. Examples of the decay in morality under communism are rampant in Mao’s Cultural Revolution, which saw children beating their own parents, families betraying one another, and radicalized students turning on their trusted educators. Teachers, landlords, and public intellectuals were hunted, publicly humiliated, and oftentimes worse.

The documentary points out that Mao killed roughly 50–70 million people. Although deaths haven’t been fully counted everywhere, estimates across Cambodia, Africa, Vietnam, Afghanistan, Eastern Europe, and Latin America reached over 7 million, to name just a few places where communism touched. “Communism promises a world without suffering, and yet, in its execution, does the exact opposite,” Philipp said.

The documentary delves into whether the intentions of communism were good but simply misguided, or if they were bad from the beginning? Karl Marx, the founder and leader of Marxism and communist ideology, wrote much about revenge in his early years, as well as his hatred for God and his commitment to destroy God and others with Him. In his writings, he often spoke of the “prince of darkness” and pledged himself to Satan. One thing is clear: Marx had a dark fixation with death, destruction, and revenge. It is only fitting that his manifesto produced just that.

Communism capitalized on human beings’ desire for a higher purpose. It destroyed religion, and placed itself at the helm instead. In an ideal communist state, the government controls everything—public and private. People are all reduced to matter, like cogs in a machine. Communism is a belief built on the destruction of belief. First, communists must destroy faith. Next, they must engineer destruction, and by doing so, they create a blank slate in society to fill with communism, which is always a dead end. Philipp concludes, “It is a dead end ideology built on struggle, hatred, and destruction.”

Learn more about The Dark Origins of Communism.