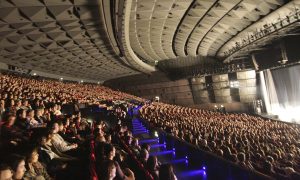 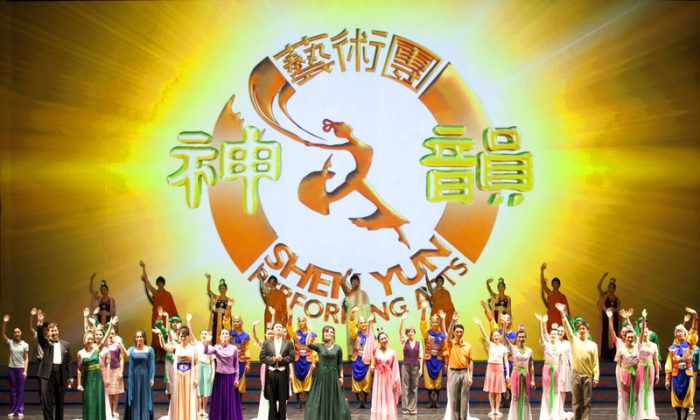 The Curtain Rises on a Farce in China

The Chinese Communist Party seeks to ‘learn’ from Shen Yun

Imitation is said to be the sincerest form of flattery. When the Chinese Communist Party (CCP) begins imitating the New York-based Shen Yun Performing Arts, though, sincerity and flattery are not part of the program.

Ever since Shen Yun’s first show of classical Chinese dance and music in 2006 in New York, People’s Republic of China officials have tried to sabotage the company’s performances.

Diplomatic pressure, economic blackmail, threats to theater owners—these have been the staple tactics of PRC consular officials seeking to shut down Shen Yun.

Behind the scenes, a dirty-tricks campaign has included flooding hot lines with phone calls, slashing the tires of a Shen Yun tour bus, arranging for fake complaints to theater owners, and sending fake letters meant to discredit the show’s presenters.

The CCP has persisted doggedly in this way for eight years but has had very little effect.

Consider Shen Yun’s box office appeal. In the four months that Shen Yun has currently been on tour in the United States, Canada, South America, Europe, and Asia, 90 percent of its shows have sold out.

In Taiwan—just across the straits from mainland China—44 out of 46 performances were sold out, with the other two shows selling standing-room-only tickets.

Recognizing it could not beat Shen Yun, the CCP has taken a new tack. According to sources familiar with deliberations in Beijing, the CCP now aims to “learn” from Shen Yun.

Of course, the CCP is not planning on learning from Shen Yun in an open and above-board manner, in the way that a professional symphony might invite a virtuoso to come play with it and give master classes. No invitation to Shen Yun to tour China has been forthcoming.

Instead, the CCP intends to learn from Shen Yun in the same ways its army of computer hackers “learn” from Western businesses and governments—by stealing.

Perhaps this is why the following notice appeared on the Chinese-language version of the Shen Yun website on April 9:

“The techniques, contents, design, and creation of Shen Yun performances are protected by patents and copyrights. These also include the synchronization and coordination between the digital backdrop and performers, as well as all types of scene transitions and interactions between the backdrop projection and the performers, orchestra, singers, etc. Other performing arts companies, individuals, or organizations should not copy or mimic these, or any aspect of Shen Yun performances. Violators will be prosecuted.”

According to Shen Yun’s website, its mission is to revive China’s traditional, divinely inspired culture.

During several political campaigns, and particularly during the Cultural Revolution, the CCP sought to rip out that culture—root and branch. Tons of ancient scrolls were burnt, temples were smashed, monks were tortured and killed.

After the madness of the Cultural Revolution, the CCP sought to replace China’s traditional culture with an unprincipled desire to get wealthy and a dogmatic atheism.

A Dec. 17, 2011, article from Party mouthpiece Xinhua is one of many that restates the CCP’s position. Titled “Communist Party Members Should Not Believe in Any Religion,” the article explains that not believing in religion has always been a principle of the CCP. It exhorts Party members to propagate atheism and warns religious belief will “erode and slacken the Party’s muscle.”

According to Shen Yun’s audience, the performance makes the divine visible and brings out the best in people.

Daniel Brélaz, mayor of Lausanne, Switzerland, after seeing Shen Yun in March, said the performance has “a permanent connection with heaven and the divine.”

Bluette Pache, a retiree living in Lausanne, said of seeing Shen Yun, “I have the impression that I am in a divine world, wonderful, almost unreal.”

Louis Fairbain of Montreal, Canada, saw the performance in January. It made him want to “be nice to my fellow man, help out whenever I can, and just try to do good to everybody.”

Mr. Xu Zhen-Ji is a former president of the Ulsan Culture Center in South Korea. After seeing the show in Daegu in early April he said, “Whoever sees it [Shen Yun] would praise it for being full of pure sincerity, abundant compassion, and sheer beauty.”

“Spiritual things are invisible, but they do exist in our hearts, and they are hard to express,” Mr. Xu said. “However, Shen Yun showcased them in the form of a performance on stage.”

Thea Booth, a music therapist in Brisbane, Australia, after seeing the show in February, spoke of how divine grace is always there as an undercurrent in Shen Yun’s performance.

According to an old Chinese saying, the heritage of orthodox culture is where the popular will inclines. The one who can truly interpret Chinese culture will represent the real orthodoxy of the Chinese nation.

After seeing Shen Yun in February in Washington, D.C., Chinese dissident Wei Jingsheng said, “Shen Yun has posed the greatest challenge to the CCP. Chinese have awakened to the beauty of their own traditional culture.”

In addition to the challenge Wei Jingsheng describes, the CCP faces multiple crises so severe that in February Xinhua published an article estimating there are 1.18 million “naked officials” in China—officials who have parked their families and assets abroad in anticipation of the Party’s coming collapse.

Facing these threats to its existence, the CCP is now treating traditional Chinese culture like an attractive costume it can don. It apparently believes that with a little makeup and trick lighting, the old monster can fool the Chinese people.

Fake Shen Yun performances have already begun popping up in the ancient city of Xi’an in northwestern China and in Jilin City in the far northeast.

Viewers of these shows say, “They [the CCP’s troupes] are having a tough time learning the essence of traditional Chinese culture. It just can’t be learned.”

If the CCP could somehow stage a genuine representation of China’s ancient culture, it would sign its own death warrant.

Mr. Cheng (pseudonym) traveled with his family from mainland China to Daegu, South Korea, to see the show on April 6. “You cannot see this kind of performance in China. Actually, you could say that it is entirely unimaginable,” he said.

“It encourages people to believe in the gods. … If people in China do not have any beliefs, they can do any kind of evil, even murder. What [China] really needs is a belief that will awaken people,” Cheng said.

Zhang Tianliang, a commentator on Chinese politics, wrote about Shen Yun in The Epoch Times in 2008: “When the beliefs of traditional culture and moral values revive, the conscience of the people will also awaken. The disintegration of the Party culture is inevitable. When that happens, the CCP, an evil political system, will lose the environment on which it relies for survival.”

Karl Marx, the spiritual grandfather of the CCP, famously wrote that history first appears as tragedy and then as farce.

The people of China have lived through the tragedy brought them by the CCP. Now they get to see the Party making itself ridiculous.

As the atheist CCP tries to copy the divine Shen Yun, it will appear on China’s stage as thoroughly shameless and greedy for power.

Each fake Shen Yun performance in China will show ever more clearly the beauty of the original. In spite of itself, the CCP will only strengthen the Chinese people’s longing to return to their true heritage.