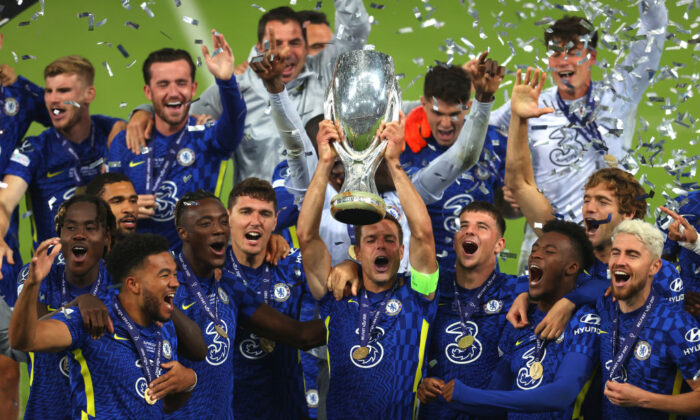 The Curse of Money Destroys Football

“One can buy anything with money, except morality” is a well-known quote of Jean-Jacques Rousseau, a Genevan 18th century philosopher. This quote is very apposite to describe the crazed world of European football (or soccer), where money dictates the outcomes of the national leagues’ competitions and the Champions League in a race for permanent sporting glory.

The money spent by billionaires or a consortium of investors in the pursuit of sporting glory is truly staggering. This unrestrained pursuit has recently been on display with the announcement that an obscene amount of money had been paid by an American consortium for Chelsea FC, a prominent football club in London and winner of the prestigious Champions League in 2020/2021.

Russian oligarch Roman Abramovich had owned Chelsea, but he had to offload the club following Putin’s invasion of Ukraine. It has now been bought by an American consortium led by sports investor Todd Boehly, thereby ending 19 years of Russian involvement.

The deal involved in the purchase of the club is reported to be worth £4.25 billion (US$5.2 billion). It is the biggest amount of money ever paid for a football club.

The financial largesse does not end there. Indeed, insane amounts are invested to entice top players to join the richest clubs. For example, Kylian Mbappe, one of the best strikers in the world, will become a free agent in June when his contract with Paris Saint Germain (PSG) expires.

For two years, there have been unending stories and speculation about the future of the player who, while interested in playing for Real Madrid, has now been offered a monstrous contract to keep him at the Parisian club for another three years. According to reports, he would get a signing bonus to reward him for his loyalty to the club of €200 million (US$208 million) and an annual salary of around €50 million.

As the European summer transfer market is coming up soon, one can expect that dizzying amounts of money will again be spent by the top clubs to encourage the best players, known in the industry as their “preferred targets,” to play for them.

What do we make of this?

Surely, it is reasonable to question the morality of a transfer system that allows this extravagant practice to flourish unrestricted. The UEFA Financial Fair Play Regulations, adopted in 2009 to ensure that clubs do not spend more than they earn, calculated over several seasons, has slowly been eroded following claims that it is illegal under European Union Law.

It is undoubtedly an unhealthy development if sport results and success in competitions are distorted by those clubs that can pay the most for their players. But, of course, having brilliant players on the books is not, by itself, a guarantee that results will necessarily follow.

There are revealing examples of small clubs, the market value of which is worth only as much as one player in a “Galactico” club—the designation given to top football players—and still manage to win against these clubs.

Football is not an individual sport but a team sport and every cog must work well with the others to get desirable results. Indeed, a team that is a well-oiled machine, kneaded by a competent manager, may well transform its status as an underdog into a leading contender for sporting glory.

The validity of this point is underscored by the inability of PSG to win the coveted Champions League. As is well-known, the Qatar interests that financially sponsor the Parisian Club have been trying for years to win the Champions League, but again it failed to achieve its objective this year when it was beaten by Real Madrid in a veritable thriller.

The Emir of Qatar, Tamim bin Hamad Al Thani, through state-run shareholding organisation Qatar Sports Investments. has been the club’s owner since 2011, but his regal sponsorship could not prevent its defeat in the Champions League.

Yet, the Parisian Club has among its team players who are rated among the best in the world: Lionel Messi, Kylian Mbappe, and Neymar da Silva Santos—an unbeatable line-up. It is also interesting that players, even though they may glitter at one club, may become ordinary players at another.

For example, Lionel Messi, who for many years excelled at Barcelona FC and won the coveted Ballon d’Or—awarded to the best footballer during the previous year—seven times, was unable to continue his dominance of the sport at PSG. This year, he was not even nominated for selection as the best player in the French League.

The appropriate role that money can play in football for the purpose of facilitating sporting success is controversial and not easily defined. One thing is certain: if the unrestrained splurging of money were to distort the beautiful game, football would lose its capacity to enthral and enthuse supporters all over the world.

However, it would not diminish the competitive effect of competition because the super clubs would still have to fight amongst themselves for supremacy, but less moneyed clubs would have to be happy with the crumbs that fall off the lucrative table of the soccer gods.

In 1995, the famous Bosman ruling of the European Court of Justice allowed players a free transfer at the expiry of their contract. Consequently, their new club would not be required to pay a transfer fee to the player’s previous club to compensate for training and mentoring the transferred player. However, while this ruling has facilitated the free movement of players in Europe, it has not diminished the dominance of money in football, especially in circumstances where players get huge signing bonuses, which are the functional equivalent of transfer fees.

If the payment of signing bonuses were banned or controlled, the competitive spirit of all teams would be lifted.

But for now, Rousseau’s dictum remains relevant and is a timely reminder of the need to instil moral practices in sport.