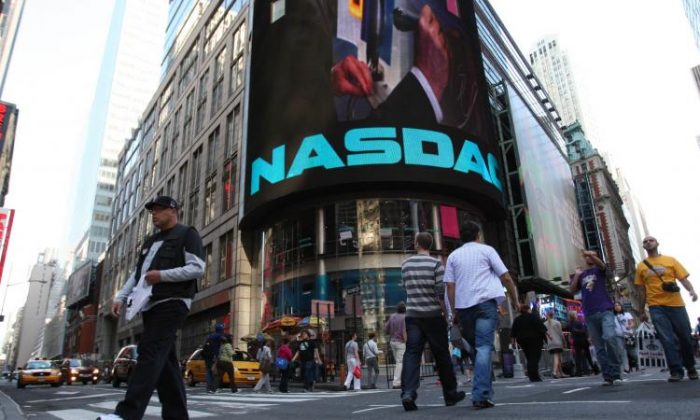 The Curious Case of Future FinTech

For most companies, a listing on the New York-based NASDAQ Stock Exchange is a badge of honor. It gives the company some legitimacy and signals to investors that it’s achieved a certain level of success.

But investors in Future FinTech Group Inc. may be surprised to find that the company could be delisted from NASDAQ for failing to file financial statements with the exchange.

The company hasn’t filed its required financial statements for the year ended Dec. 31, 2018, or the quarter ended March 31, 2019. The exchange is currently reviewing its request for extension and compliance, but the firm’s future in U.S. capital markets is at risk.

Future FinTech is based in the city of Xi’an in central China’s Shaanxi Province, and represents the latest example of a Chinese company with an uneven track record and limited information disclosures taking advantage of its U.S. listing status to obtain foreign capital.

Future FinTech’s name sounds legitimate and is perhaps deliberately coined to attract unsuspecting investors. “Future” signifies innovation, and “FinTech” is a buzzword used by startups and incumbents alike to describe disruptive innovation in financial services, such as the advent of efficient cross-border payments, peer-to-peer transactions, or blockchain-based smart contracts.

It may surprise some investors that Future FinTech’s corporate history began in 1998 as Cyber Public Relations Inc., a provider of e-commerce consulting to small businesses. The company’s name and principal business underwent a few changes thereafter, at one point morphing into Entech Environmental Technologies Inc., which operated through its main subsidiary, H.B. Covey Inc., to provide “construction and maintenance services to petroleum service stations,” according to a filing with the Securities and Exchange Commission.

At that point, the company’s name was changed to SkyPeople Fruit Juice Inc. and began trading under the ticker symbol “SPU.”

However, SkyPeople was anything but a great investment for its shareholders. Its share price plummeted from $80 to less than $2 by 2016, when it was almost delisted by NASDAQ for failing to file its 2015 annual financials.

In May 2016, the company engineered an 8-for-1 reverse stock split, a move that combines 8 shares into 1 in an effort to artificially increase nominal stock price.

Then, on June 9, 2017, SkyPeople suddenly changed its name to Future FinTech and announced it would begin trading under its new ticker symbol “FTFT.” At the same time, the company transformed its business to one engaged in “research and development of digital asset systems based on blockchain technology and also operates an incubator for application projects using blockchain technology.”

The year 2017 also happened to be when blockchain and cryptocurrencies gained mainstream awareness. Bitcoin, for example, increased from $900 to $20,000 in value during 2017. Skypeople’s sudden business pivot and name change are likely not coincidental, and it was one of several companies to take advantage of the trend in 2017 to drum up investor interest.

Today it operates three main subsidiaries, two of which relate to online marketing and FinTech, and one, SkyPeople Foods, retains its legacy business of juice concentrates. All three major subsidiaries are registered in the British Virgin Islands.

While Future FinTech hasn’t yet reported its 2018 full year financial results, its recent financial performance has been deteriorating. It posted a net loss of $102.5 million in 2017 on a $90 million writeoff, related to fixed assets and construction in progress on a factory and processing plant, far more than the $5.3 million loss it reported in 2016. For the years ended 2015 and 2014, the company reported net profits of $2.9 million and $7.9 million, respectively.

The pace of U.S. listings by Chinese firms has slowed considerably. As of June 30, Barron’s reported that 11 Chinese companies have raised equity in the United States this year, representing only 4 percent of the total IPO market. Luckin Coffee was the biggest, raising a bit more than $600 million in May. By comparison, 40 listings in 2018 were from Chinese companies, almost 15 percent of the total.

In the meantime, Future FinTech investors are anxiously awaiting the outcome of NASDAQ’s review of the company’s compliance plans to see whether their investment capital will survive.