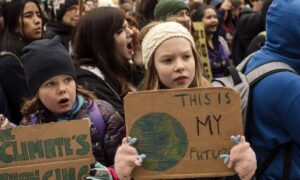 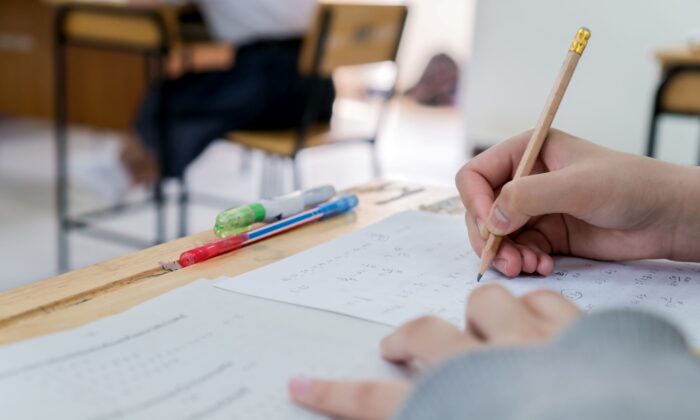 “Woke rage” and “cancel culture” come from the elites in university faculties of education who have been indoctrinating teachers in progressive education since the 1970s, and those are the same teachers who are now indoctrinating your kids, writes Joseph Woodard. (Smolaw/Shutterstock)
Viewpoints

The Culture War Comes to Your School 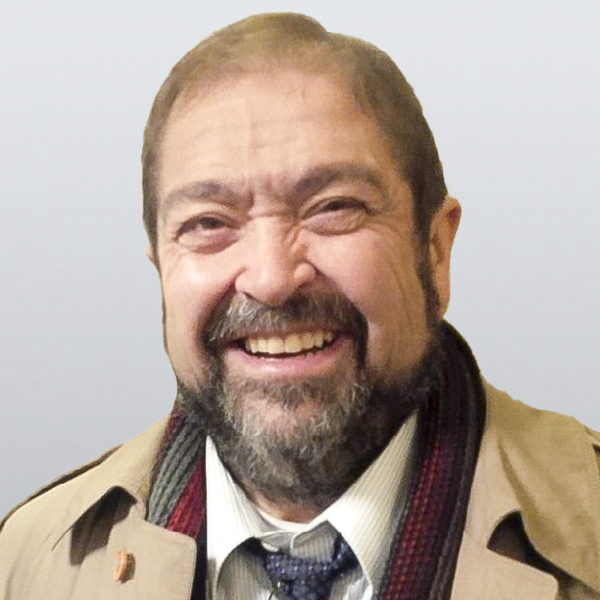 You may have noticed the ongoing fight between Alberta’s United Conservative Party and the education establishment—the teachers’ union and university faculties of education—over the government’s new humanities curriculum. And you may have noticed that the “expert” commentary in the mainstream media is uniformly damning the government. “They want to set back our educational system 40 years” and “undo the progress of the past three generations,” according to those commentaries.

It’s clearly a fight between two opposed philosophies of education. But don’t let your eyes glaze over. Your kids are at stake.

The traditional or natural philosophy of education believes the purpose of schools is to help kids mature into responsible adult citizens. Kids must be equipped to join the political, cultural, and economic world into which they are born—the real world. It’s only partly “traditional,” drawing on our roots, but it also has to adapt to the changing needs of society. You know: reality. The key term here is “core knowledge.”

In the Seventies, however, university faculties of education became dominated by devotees of Marxist Paulo Freire and postmodern Michel Foucault. Their progressive education believes the purpose of schools is to liberate kids from the Oppressive Past. Creative children need only “imagine” their futures, and the past only obstructs their “self-expression.” Yes, kids need some skills, but when it comes to our shared history and culture, they only need to learn that it was evil, is evil. The key term is “liberation.”

Ever wonder why city councils now face demands that they tear down John A. Macdonald statues? Ever wonder where “woke rage” and “cancel culture” come from? Thank the education elite. The academic fad became a path to Power, indoctrinating the teachers who are now indoctrinating your kids. I saw it all happen at the University of Alberta. By 1980, education theory was “all Foucault, all the time,” and still is. It’s Sixties ideology. By 1990, a friend lecturing in educational psychology said she’d lose her job if she challenged the liberationists. Google-search Foucault and his progressive education.

By the 2000s, liberation was in the classroom, with social studies textbooks titled “Globalism,” “Nationalism,” and “Ideology” being used in grade 10, 11, and 12 respectively in Alberta. Some of my kids have taken the course, and they grieve that easily 80 percent of their classmates end up socialists, dissing their own capitalist parents. My own kids know that socialist regimes from East Germany and Russia to China and North Korea have killed over 100 million of their own helpless citizens in liberating them. But none of their classmates have been taught real history. And the classroom culture is so dogmatic, my kids were allowed little self-expression.

The government may lose this fight. Ambitious academics and public administrators are oblivious to the fact that they can break the country that feeds them, killing the goose as did poor, once-wealthy Venezuela. The United Conservative Party was elected by 55 percent of Albertans, partly on the promise of reforming education, but “expert” educators take every opportunity to make them look bad. We ordinary citizens assume that public servants obey the elected government, their legal bosses, and some do. But in general, they are the “experts,” working in the bureaucracy, rising in the bureaucracy, and “expert” primarily in stonewalling and embarrassing the government.

Ironically, Alberta’s educational bureaucracy is busily defending the Sixties, just as France, Germany, Sweden, Finland, and Singapore are all abandoning progressive education and returning to cultural core knowledge curricula. This is all documented—with facts and figures—in E.D. Hirsch’s “How to Educate a Citizen” (2020). It’s a quick read, or an audiobook you can finish in four hours, and it might encourage you to defend your kids. John Lennon’s “Imagine” is a beautiful song, but it’s really lousy public education policy.

Joseph K. Woodard, Ph.D., has been an academic, a journalist (Calgary Herald), and a federal tribunal judge. He lives in Calgary and now teaches the Great Books Program online at the Angelicum Academy.