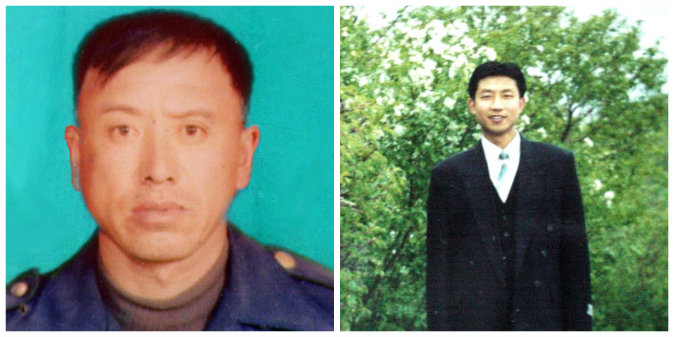 Under orders of the former leader of the Chinese Communist Party, the regime’s security forces jailed and tortured the husband, daughter, and son-in-law of an elderly Chinese woman from a northeastern province.

Zhang Liqin, a 67-year-old resident of Tonghua City in the province of Jilin, has since joined hundreds of thousands of others who have filed criminal complaints against ex-Party chief Jiang Zemin with the regime’s highest legal bodies. These complaints list the forms of torture and abuse suffered by the litigant, or their family and friends, resulting from Jiang’s campaign to “eradicate” Falun Gong.

Falun Gong, or Falun Dafa, is a spiritual discipline that comprises five sets of gentle exercises, and the teachings of truthfulness, compassion, and tolerance. Threatened by the immense popularity of the practice—about 70 million people from all walks of life practice Falun Gong, according to a survey commissioned by the Party—Jiang had ordered a Cultural Revolution-style suppression of Falun Gong on July 20, 1999.

Zhang Liqin, her husband Song Wenhua, her daughter Song Dianhua, and her son-in-law Zhang Hongwei were all practitioners of Falun Gong, and they were all victims of the persecution. Song Wenhua eventually succumbed to the abuses he received in detention, and Zhang Hongwei was severely abused.

An account of their tribulations is found in a copy of Zhang Liqin’s criminal complaint, which was published on Minghui.org on May 30. Minghui is a website that serves as a clearinghouse of information about the persecution.

The Song family first came under the regime’s gaze after they traveled to Beijing on July 4, 2000, to present a petition that explained the practice of Falun Gong and request the persecution be called off to the relevant authorities.

The family was temporarily held in Beijing, then transferred to a detention facility in Tonghua City. They were tortured and made to do forced labor, and were only released two months later after other family members posted bail.

Song was detained two times in a span of three years. After police raided their home in 2002, Song was taken to a local police station where the deputy police personally administered a beating to him.

The following year, provincial security officers arrested Song while he was handing out Falun Gong literature that explained the practice and persecution. The security officers beat up Song and burned his genitals with cigarettes during interrogation sessions. Song was later incarcerated in Chaoyangguo Forced Labor Camp in the city of Changchun on Aug. 8, 2003.

Song was subjected to frequent abuses in detention, and eventually came down with tuberculosis. Although routine medical examinations found that one of Song’s lungs was nearly full of fluids, he was denied medical care and proper food.

In October 2004, a labor camp staff told Zhang over the telephone that her husband was “pretty good” and could be released for a substantial bail fee. Zhang immediately suspected something amiss, and after some negotiations, agreed to bail him out at a reduced fee.

Zhang was “stunned” to find her husband reduced to “skin and bones.”

“I could barely hear his voice, and his movements were sluggish,” Zhang wrote. Song later told her that the labor camp doctor had injected him with an unknown substance just before his release.

Some time after her husband’s death, Zhang Liqin suffered another scare—Jilin Prison sent word that Zhang Hongwei, her son-in-law, had contracted a severe case of tuberculosis.

Zhang Hongwei, a security officer for the Tonghua Steel Group Corporation, was arrested in January 2001, and sentenced to 13 years in prison for printing Falun Gong literature. He was first detained in Changchun’s Tiebei Prison, and was transferred to Jilin Prison in March 2002, according to an account on Minghui.org.

Prison guards in Jilin Prison subjected Zhang Hongwei to excruciating torture in a bid to force him to sign a letter renouncing Falun Gong and swear loyalty to the Communist Party.

The guards would frequently poke Zhang Hongwei in the eyes and pinch his privates. They also placed him on a so-called “stretching bed,” a near medieval torture device where a victim’s four limbs are bound with rope to the four bed frame posts in a manner that suspends the victim’s body. Zhang Hongwei was subjected to a total of 52 days on a “stretching bed.”

During Zhang Hongwei’s 12-year stint in Jilin Prison, he developed medical conditions that were serious enough for him to be granted medical parole—a bad case of tuberculosis in 2006, a type of stroke in 2010, and even a brain tumor in 2012—but his family was never allowed to bail him each time.

On her criminal complaint, Zhang Liqin wrote: “I hope that the procuratorate and the court can register the case for investigation, look into all the crimes committed by Jiang Zemin, deliver justice for my family, and allow citizens to live a life without fear.”

Since the end of last year, over 201,800 Falun Gong adherents have filed criminal complaints against Jiang for crimes against humanity and genocide, according to Minghui.org.