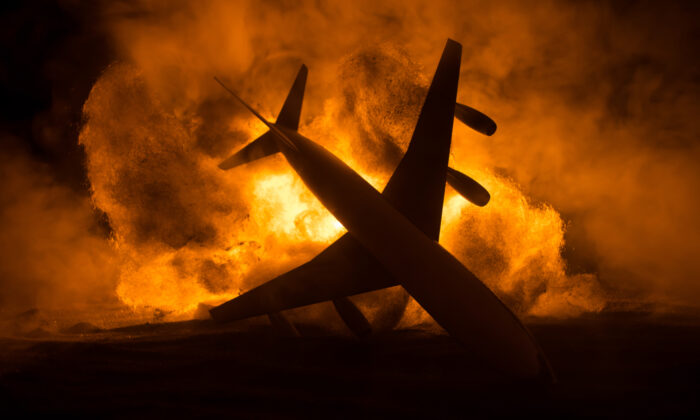 The Crash and Burn of Credentialism

The word credentials is derived from Latin for “believe” as in “Credo in unum deum” meaning “I believe in one God.” To have credentials is to have credibility, which is to say that people can and should trust you.

We saw this throughout the pandemic. If you did not have the right piece of paper—if you just wanted rights and liberties—your opinions did not count. Actually, even if you did have the right piece of paper and you disagreed with the professional consensus, you also did not count. And through this method, only one opinion prevailed. Those willing to say what Anthony Fauci wanted said rose to the top. Those who disagreed were cast aside.

So the credentialed elites had their way. And here we are with results about which no one seems pleased. Indeed, the long knives are out for all those people in whom we believed.

Perhaps we need another word, because credentials are being discredited by the day. They have led us down a destructive path. This applies not only to epidemiologists but also economists and public health officials and nearly every other field of expertise, particularly that which tied its credibility to the government’s pandemic response, which has ended in calamity for the world.

Politicians (Boris and Biden among the latest) are going down in flames but that’s just the beginning. Just as Henry Kissinger predicted on April 3, 2020, an aggressive response could and would lead to a wholesale loss of legitimacy for everyone involved. His warnings—born of his experience in watching Vietnam lead to a similar disaster—were ignored. Instead we ended up with his worst-case scenario: “a world on fire.”

I’ve earlier described the split in American political life as one between Patricians and Plebeians, recalling the ancient designations. One group rules and the other follows. This is not so much about ideology as it is control. To put a fine point on it, those who are ruled are fed up. They once trusted. They believed. They let their betters—those with credentials—have a go at it. And look at the mess they made!

It’s impossible to decouple the current economic and political crisis in America today from pandemic policy, which is why Brownstone Institute puts such emphasis on this topic at a time when both parties and most intellectuals want to pretend like it never happened. They are culpable, of course, so they wish to rewrite the history of our times as if the “public health measures” were perfectly normal and fine.

They were not. Their uselessness in mitigating disease was matched only by their brutality in dividing and demoralizing the population. The inflation of our times is directly caused by the pandemic response. The wild increases in public debt are utterly unsustainable. The educational losses are unbearable to contemplate. The health consequences of wrecked immune systems are more obvious by the day.

The ever-astute COVID-policy critic Alex Berenson has drawn our attention to a fascinating commentary that appeared in the New Yorker. The article is the usual attack on Ron DeSantis but it delves deeper and signals to the credentialed classes that something is very wrong:

When I asked Republican activists and operatives about the rise of the school issues, they told a very similar story, one that began with the pandemic, during which many parents came to believe that their interests (in keeping their kids in school) diverged with those of the teachers and administrators. As (Kevin) Roberts, the Heritage Foundation president, put it to me, parents who were in many cases apolitical “became concerned about these overwrought lockdowns, and then when they asked question after question, there was no transparency about them, which led them to pay more attention when their kids were on Zoom. They overheard things being taught. They asked questions about curricula. They were just stonewalled every step of the way.” The battles regarding the covid lockdowns, Roberts told me, opened the way for everything that came after. “This is the key thing,” he said. “It started with questions about masking and other aspects of the lockdowns.”

Both parties right now are trying to answer the question of how fundamentally covid has changed politics. “From 2008 to 2020, elections were decided on the question of fairness—Obama ’08, Obama ’12, and Trump ’16 were all premised on the idea that someone else was getting too much, and you were getting too little, and it was unfair,” Danny Franklin, a partner at the Democratic strategy firm Bully Pulpit Interactive and a pollster for both Obama campaigns, told me. But the pandemic and the crises that followed (war, inflation, energy pressures) were not really about fairness but an amorphous sense of chaos. “People are looking for some control over their lives—in focus groups, in polls, once you start looking for that you see it everywhere,” Franklin said.

Both parties had shifted, in his view. Biden had sought to reassure Americans that the government, guided by experts, could reassert its control over events, from the pandemic to the crisis in energy supply. Republicans, meanwhile, had focussed on assuring voters that they would deliver control over a personal sphere of influence: schools that would teach what you wanted them to teach, a government that would make it easier, not harder, to get your hands on a gun. A moral panic about gender identity might seem anachronistic, but it served a very current political need. Franklin said, “It’s a way for Republicans to tell people that they can have back control of their lives.”

The profound failure of lockdowns and now vaccines have woken many average folks to the dangers of bureaucratic overreach, expert overconfidence, and authoritarianism in the name of safety.

They took our rights. The media and public health authorities would like you to forget the closed playgrounds and shuttered malls and mask mandates of 2020. And the vaccine mandates of last fall. They want you to forget that for a while, the federal government tried to take the right to work from tens of millions of unvaccinated people. State and local governments went even further; and countries like Canada and Australia further still. UNTIL 10 DAYS AGO, CANADA DID NOT ALLOW UNVACCINATED PEOPLE ON PLANES—effectively curtailing their right to travel in a country that stretches more than 4,000 miles from British Columbia to Newfoundland.

And they took our rights FOR NOTHING.

That’s it. People not only want control back over their lives. They also demand control over their government, the control promised to us hundreds of years ago when modern political systems were forged with the primacy of freedom as a first principle. This is something we can believe in.

Whatever it is that the World Economic Forum is promising does not look especially impressive by comparison to the normal freedoms we took for granted. Indeed, we let the experts have a go at it and they created a monstrous experience for billions of people the world over. This will not soon be forgotten.

The younger generation was especially touched. They were locked out of dorms. They couldn’t go bowling. They couldn’t get a haircut. They couldn’t go to the movies. They saw family businesses wrecked, siblings and parents demoralized, and even churches shuttered. When they finally were allowed to move about again, it was only by covering their faces. Then the shot mandates came, which turned out to introduce more risk than reward. When people finally started traveling again, prices had nearly doubled. It is increasingly obvious that locking down for a virus was really about pillaging the public on behalf of a powerful elite.

It’s an outrage. The experience has shaped an entire generation, having taken place at the time when such experiences form an outlook that lasts a lifetime. The impact extends across all class, gender, language, and ethnic lines.

Notice too that things are not going in the direction that the credentialed lockdowners had hoped. Their censorship is not working, nor their media control, nor their intimidation tactics. They have been discredited.

We are looking for new ways to believe in something. Let’s just call it freedom. It’s not nearly as risky as putting our fate in the hands of the same gang that betrayed the multitudes in this last go around.