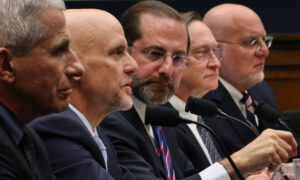 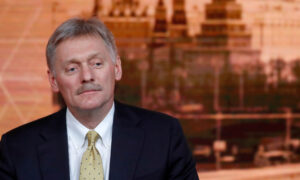 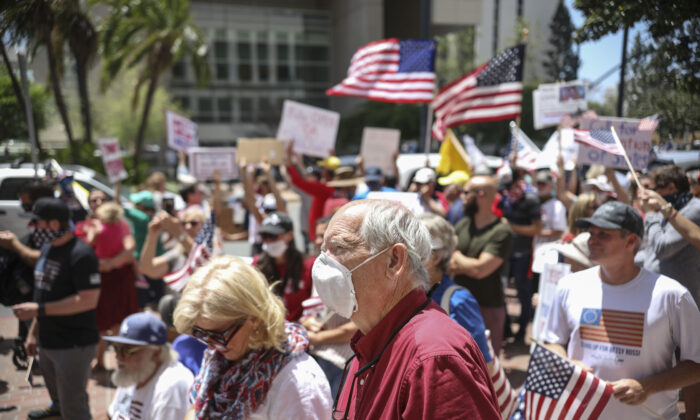 Demonstrators protest during a rally to re-open California and against Stay-At-Home directives in San Diego, Calif., on May 1, 2020. (Sandy Huffaker/AFP via Getty Images)
Viewpoints

It seems as if multitudinous politicians, media folk, and assorted profiteers are all jumping aboard the General Hysteria bandwagon that has emerged in connection with the coronavirus, seeking to advance political agendas or personal gain.

In the case of the majority of state governors, it has been to extend executive authority. With the House of Representatives and some in the Senate, it has been to tag on politically advantageous, and easily hidden, amendments to the emergency relief bills, furthering unrelated political agendas.

As in any time of crisis, fraudsters and scammers abound, taking advantage of the generalized safety concerns and fear suffered by the populace for personal financial gain.

The voice of lawyer Alan Dershowitz, up until recently a frequent commentator on the recent erosion of the Bill of Rights, has been notably absent from the national discourse on the corollary, non-health consequences of the massive lockdown. Perhaps silenced by #MeToo accusations, he has been otherwise occupied. While the accusations are in all likelihood unrelated to the current health crisis, they may very well have arisen as a response to his enhanced profile in the defense of constitutional rights.

His advocacy of First Amendment and Fourth Amendment guarantees have no doubt interfered with the agendas of many on the left, many with deep pockets, willing—perhaps eager—to invest in tarnishing the high level of integrity and credibility that Dershowitz has developed over several decades.

When, in the past, he has defended positions associated with progressive agendas, he has been lionized. However, being a neutral and objective advocate for constitutional rights, he has applied the same standards in protecting the rights of those with whom he may not agree politically—most recently as a defense counsel in the course of the Trump impeachment trial. In this case, those who previously idolized him demonize him now. This is the price; the reward for integrity.

Just as in H. G. Wells’ “The War of the Worlds,” a minuscule organism has provided the Democratic Party and mainstream media with a mechanism to achieve a goal that could not be achieved through the application of cumbersome and often inapplicable tools. The goal all along has been to undo the results of the 2016 presidential election. The attacks on the president, on those who serve him—and thus necessarily, on those who voted for him—have been unrelenting.

Collusion accusations led to the seemingly endless Mueller investigation, followed by the arguably absurd Ukraine impeachment attempt. Yet, just as the fictional invading interstellar aliens from H. G. Wells’ novel were destroyed by microscopic earthly pathogens, this new microscopic virus has provided fodder for a renewed assault on the president. The actors are all the same, of course: Sen. Chuck Schumer (D-N.Y.); House Speaker Nancy Pelosi (D-Calif.); the commentators on CNN, MSNBC, at the New York Times and the Washington Post.

Capitalizing on the Crisis

In times of great crisis, great leaders are called for. Statesmen such as Winston Churchill have risen to the occasion presented during their stewardship, and prevented disaster, laying the groundwork for victory.

Likewise, mediocre leaders in times of great crisis lay the groundwork for disaster. Recently, we have seen evidence of such mediocrity with the governor of New York State and mayor of New York City. Men, whose poor leadership skills would have gone largely unnoticed absent serious challenges, have now demonstrated their seriously flawed capabilities.

The mayor of New York City, Bill de Blasio, in his youth a supporter of the socialist Sandinista government of Nicaragua, is now apparently on the verge of success in implementing his socialist ideology in the New York City school system. He couldn’t achieve that goal politically through democratic procedures, but now conversely appears to be on the verge of achieving it by capitalizing on the current pandemic crisis.

After his son had graduated from an elite New York City specialized high school, the mayor sought to abolish the school’s admissions test and that of all elite specialized schools in New York City. The city has long prided itself on a number of elite high schools providing world-class education in a variety of academic subjects.

The mayor sought, unsuccessfully, to “democratize” these schools by eliminating the rigorous, competitive entrance standards. The attempt was rebuffed, and the schools retained their exacting—and equitable—admissions procedures. Now, however, with face-to-face schooling suspended, the mayor has succeeded in eliminating grades, and entrance exams.

The next step will be to develop an open, so to speak, admissions process. Without an academic record nor competitive test scores upon which to rely, the mayor will be able to introduce a politically correct admissions procedure, which will no doubt reflect the ethnicities of the city, while disregarding the intellectual capabilities of the student body. The schools will be effectively dumbed down, to the detriment of the students, and ultimately of the city itself.

Governors, the executive officers of the 50 states, have in many cases been quick to exercise authority beyond the limits defined in their state constitutions. In New York, for example, Democratic Gov. Andrew Cuomo has canceled the Democratic primary election, essentially by fiat, citing the pandemic as the basis for his decision.

The rationale is undercut, and rendered absurd, by the fact that, as reported on April 27 by Barbara Sprunt on NPR, in New York there will still be elections on that day for various federal and state offices.

Due to executive edict, the ordinarily robust residential real estate market in New York has been essentially frozen—in part due to the “regulations” promulgated by Gov. Cuomo forbidding the showing of properties by brokers to potential buyers.

That is hardly a high-risk activity if involving one broker and one or two purchasers, exercising the requisite distancing guidelines. Although the governor has no statutory authority for the issuance of such draconian restrictions, be they in real estate or other private business domains, woe betide the broker or small business owner who dares to defy the executive edicts when the time comes for state license renewal.

The nationwide excesses, primarily exercised by executive officers at the state and municipal level, innumerable as they are, are chilling indeed. From police intimidation of mothers daring to schedule playdates for their toddlers in Wisconsin, to the bull-dozing of skateboard parks in California, to surveillance drones enforcing government-sanctioned behavior in New Jersey, to neighbors denouncing neighbors everywhere—it’s clear that George Orwell’s only mistake was as to the year—1984—in which totalitarian authority would be successfully established as an acceptable norm.