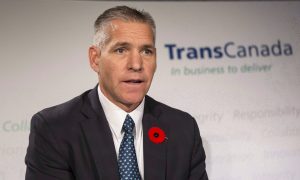 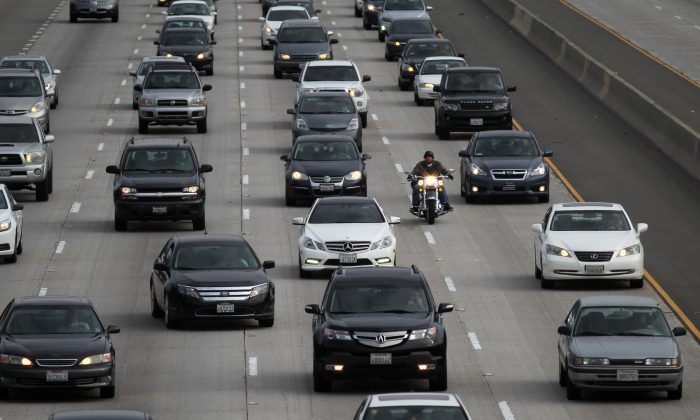 Morning traffic fills the SR2 freeway on April 25, 2013, in Los Angeles, Calif. Los Angeles is ranked as the worst in the nation for ozone pollution. (David McNew/Getty Images) Tags
Opinion

The Costliest EPA Rule Yet

A new proposal from the Environmental Protection Agency has already forced four major industrial projects worth $7 billion in new investment in the Baton Rouge area to be put on hold or redirected elsewhere. These potential investments would have collectively contributed $86 million in wages annually to the local economy and created 2,000 jobs.

Unfortunately, Baton Rouge is just a microcosm of a phenomenon that will spread nationwide. Under the new EPA proposal to lower ozone emissions, 18 of the nation’s top-performing urban economies would suddenly find themselves noncompliant.

In the history of an agency known for costing businesses dearly, the new ozone proposal stands out. If adopted, it will likely become the most expensive EPA regulation ever imposed in terms of impact on the U.S. economy. Worst yet the proposed rule isn’t needed.

Reducing the amount of ozone in the atmosphere is a laudable goal—but one that has already been achieved. Ambient national ozone levels dropped by 27 percent between 1980 and 2010. Areas with high emission levels, like Los Angeles, dropped by 67 percent.

In 1997 the EPA classified 113 metropolitan areas as not attaining the required threshold, whereas today it classifies only 41 as such. In 2008, the EPA set a limit on ozone concentration in the atmosphere at 75 parts per billion, and while some areas struggled to meet the target, most have done so.

Today Americans are breathing air that is cleaner and ozone-freer than it has been in 35 years.

Now the Obama administration is poised to punish this success with astronomically pricey regulation. The EPA’s new proposed rule would ratchet the limit down from 75 ppb to between 65 and 70 ppb.

According to NERA Economic Consulting, the expenses involved in meeting this goal would reduce U.S. gross domestic product by $140 billion a year, or $1.7 trillion between 2017 and 2040. The regulation would cost the average household $830 annually, and result in 1.4 million fewer jobs being created by 2040. It would be detrimental to an economy still struggling to recover from a recession.

No U.S. leader can in good conscience ignore the kind of burden this regulation would impose on ordinary Americans. In 2011, Obama seemed to agree when he squelched an earlier version of the job-killing proposal, saying that he wanted to “underscore the importance of reducing regulatory burdens and regulatory uncertainty.” Now he seems to have changed his mind.

There is no question that the burden will be high. According to the EPA’s own data, 59 percent of the U.S. population lives in areas that would be out of compliance. Even if the EPA adopts the less-stringent 70 ppb threshold, more than half the country will not measure up. In all these areas, businesses will have to make costly investments in new equipment to lower emissions, leading to layoffs and closures.

The proposed rule is especially galling given the onerous regulations already imposed on business. Currently, small companies pay $35,000 a year on regulatory compliance, and never know when a new cost might pop up. Every dollar in compliance cost comes out of someone’s paycheck.

The EPA will make a final decision in October. Presidents in their second term care about legacy, not electability. That gives Obama six months to decide whether he wants to be remembered for having set the entire American economy back in order to solve a problem that was already successfully addressed.

Margo Thorning is senior vice president and chief economist for The American Council for Capital Formation.