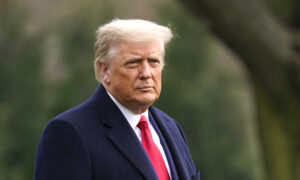 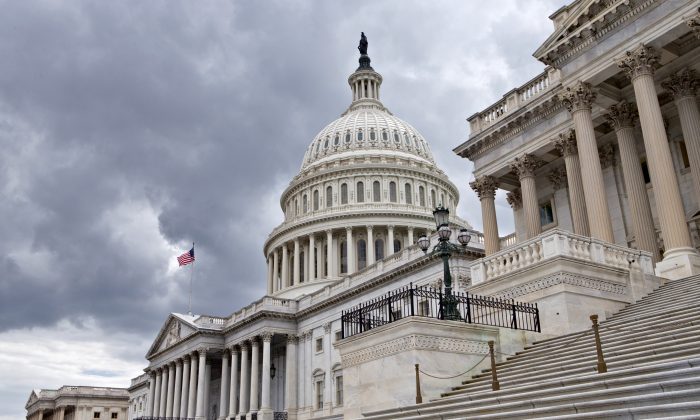 Today, the U.S. Congress will vote to certify the Electoral College vote for the 2020 presidential election, certifying Joe Biden as the next president … or not. However unlikely, it’s constitutionally possible for Congress to nullify the Electoral College vote and to force the decision onto the members of the House of Representatives, voting en bloc state by state, in a contingent election.

We’ve been told that such a move is “manifest nonsense” and even “a threat to the republic,” as if 2020 were any normal election year, and more importantly as if a contingent election were unprecedented and contrary to American principles of government. Likewise, a growing number of Republican election dissenters hold that the general election was befouled with sufficient illegal skulduggery to reject outright, and that that fraud is in fact the real threat to the republic.

Both sides of this disagreement believe they are defending the will of the American people, and each is right to some degree. We may never know.

But this disagreement obfuscates another problem, one more insidious, one that, unlike the above disagreement, will remain with us long after inauguration day. That problem is the gaslighting and mass censorship accomplished by mainstream media and big tech social media in combination with the Democratic Party.

The original “corrupt bargain” emerged from the fraught presidential election of 1824. The cooperation of the media and the Democratic Party we witnessed this year is the corrupt bargain of 2020. If this bargain isn’t broken up, then every election hereafter could be stolen … legally. I say “stolen,” not necessarily because of kraken-level computer hacks, but because of something worse: a hack of the American public mind. This hack subverts the sovereign people’s will and makes them believe the candidate put forward by a small cadre of self-appointed experts is the people’s own choice.

Such a hack is an actual “threat to the republic” because, in effect, it replaces the (small “r”) republican form of government with a kind of oligarchic or technocratic one. James Madison defined republican government as “a government which derives all its powers directly or indirectly from the great body of the people; and is administered by persons holding their offices during pleasure, for a limited period, or during good behavior.” He then specified that “It is essential to such a government, that it be derived from the great body of the society, not from an inconsiderable proportion, or a favored class of it” (original emphasis).

In truth, both those who oppose a contingent election and those who favor it today have republican reasons for doing so. History is a great aid to weighing these concerns justly against the danger of the new “corrupt bargain.”

In January 1823, John Taylor of Caroline, an aged senator from Virginia, proposed an amendment to the Constitution respecting the election of president and vice president. Taylor was convinced by circumstances surrounding the rise of party politics that the work he and others had done in passing the 12th Amendment 20 years earlier was yet incomplete. The exceptional process of allowing the House of Representatives to elect the president in a contingent election in such circumstances, he feared, was insufficiently republican and too easily susceptible to the accidents and force inherent in the petty divisions within the House.

The Senate debated Taylor’s proposed amendment for over a year. In the end, though, it died in the Senate, and then, just four months later, Taylor did too. Just six months after that, in the presidential election of 1824, Taylor’s exact fear was realized.

Of the four candidates—Andrew Jackson, John Quincy Adams, Henry Clay, and William Crawford—not one garnered 50 percent of the Electoral College vote, and so the election fell to the House. In spite of Jackson winning more electoral votes, the House elected Adams. Shortly after the election, though, a plausible rumor emerged that Adams had offered Clay the position of Secretary of State in his cabinet if Clay’s supporters in the House backed Adams.

Jackson was furious and dubbed the backroom dealing the “corrupt bargain.” He beat Adams over the head with that label for four years, and in 1828 won more than double Adams’s votes in the Electoral College, leaving Adams, like his father before him, a one-term president.

That “corrupt bargain” was exactly the kind of shenanigans that Taylor was hoping to prevent. The contingent election in 1824 allowed “an inconsiderable proportion” of the American people to decide who would be president. Taylor’s proposed constitutional amendment would have required a run-off election within the Electoral College if no candidate won 50 percent, thereby requiring a contingent election only if there was an exact tie after the run-off, a highly unlikely situation.

At all costs, Taylor wanted to avoid the people’s choice being supplanted by that of members of the House. He agreed with the logic of Federalist 68 that, in order to avoid “cabal, intrigue, and corruption”—“these most deadly adversaries of republican government”—no one “who from situation might be suspected of too great devotion to the president in office” should be an elector for the president.

The American framers of the Constitution always intended the contingent election option to be exceptional. In 1823, however, Taylor could foresee that what was expected to be exceptional was becoming more probable.

From this historical context, today’s opponents of the contingent election, then, appear right in their condemnation of it as anti-republican. They are wrong, though, to conclude that it’s necessarily so, for the framers intended this exception to protect, not subvert, the people’s choice. If five candidates all split the Electoral College vote and four received 19 percent of the vote and one received 24 percent, could it really be said that “the people” had chosen the winner? In such a case, it seems at least more republican for the people’s representatives, voting by state, to choose the best candidate.

Those Republicans who favor a contingent election for our recent election do so because they believe that the general election was illegitimate due to various kinds and degrees of voter fraud. That claim, however, has been shown to be difficult if not impossible to prove in the court of public opinion and hence politically moot, at least for now.

A more forceful argument, based on undeniable evidence, against a more insidious and more dangerous threat is that of the corrupt bargain of 2020.

The guardians of political speech in the United States—mainstream and big tech social media giants—have demonstrated no shame about being the servants of the Democratic Party ever since Donald Trump became a serious political force in 2016. In fact, they have considered it their duty to “resist” Trump in every way possible.

The Democrats have naturally tried to turn every event, policy, tweet, press conference, international affair, ad infinitum into the scandal of the century, but they would never have been successful without the all-powerful help of the media, both mainstream and social. The most egregious example of this corrupt bargain must be the two-year Russian collusion con on the American people, for which, rather than apologize, the media congratulated and praised itself in a Swiftian parody of professional journalism’s former self.

Another example—one that had a definite effect on the outcome of the election—was the censoring of the New York Post’s story on Hunter Biden’s laptop and his substantiated ties to foreign governments. Only after the election—when it was thought safe to do so—the media started to get interested in the story.

These outrages against the American people are not limited to sins of commission but of omission too: The media has simply ignored stories that would hurt the Democratic Party such as California Rep. Eric Swalwell’s revealed relationship with a suspected Chinese spy.

There are many such cases.

The pundits and talking heads this week will all focus on the dramatic debate between those members of Congress who oppose and those who favor rejecting the results of the Electoral College in several key states. Just remember, this is all largely a distraction of the corrupt bargain of 1824 variety. A contingent election is not as dangerous to the republican form of government as we will hear.

In fact, the larger, more dangerous threat is the 2020-style corrupt bargain, that between the main levers of mass communication in this country and a single political party. That latter form of corruption will still be with us in two weeks, while the former will likely be only a distant memory by then.

John Taylor could see the constitutional danger that was coming in his day, but his efforts to prevent it failed. In our own day, we have already experienced the ill effects of the corrupt bargain of 2020. Will we continue to do nothing, or will Republicans somehow follow Andrew Jackson’s example and use the revealing of this corruption to their advantage in 2024?

Clifford Humphrey is a postdoctoral fellow at the Institute for Human Ecology at the Catholic University of America and the director of admissions for Thales College. He holds a Ph.D. in politics from Hillsdale College, and he resides in Raleigh, North Carolina.