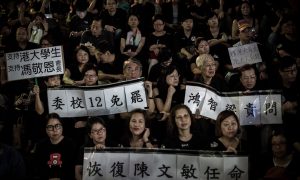 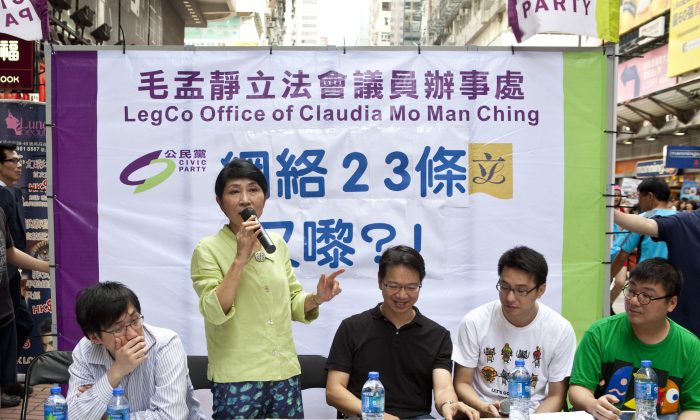 At the time of this writing, the fate of Hong Kong’s controversial Copyright (Amendment) Bill 2014, also dubbed “Internet Article 23,” has yet to be decided.

The bill is for protecting copyrights on the internet and would have been tabled at the Legislative Council on Wednesday, Dec. 9, for its Second Reading, Committee Stage, and Third Reading.

The introduction of this bill has raised grave concerns in the local community. Internet users, civic groups, and people involved in creative works fear that the passing of the bill will impose great restrictions on their right to freedom of expression. Over 230,000 people have signed a petition to oppose the bill.

Admittedly, compared with the shelved 2011 Copyright (Amendment) Bill, the latest bill has already expanded the scope of copyright exception by exempting criminal and civil liabilities in circumstances involving parody, satire, caricature, pastiche, commenting on current events, and quotations. But it is not enough to allay public concerns.

Many groups have put forward proposals to the government. The Copyrights & Derivative Works Alliance and the Keyboard Frontline have requested that the exemption should be expanded to cover all user-generated content as in the case of Canada. In other words, publication of non-profit-making creations for personal use will be exempted.

Other requests include clearly stating that the crime related to the dishonest usage of computers is excluded in the copyright law, and explicitly excluding the possibility that the copyright law can be overridden by a contract or other legally effective agreement.

The adoption of the fair use principle, widely used in many countries, has also been advocated. It permits limited use of copyrighted material without acquiring permission from the rights holders. Examples of fair use in U.S. copyright law include commentary, search engines, criticism, parody, news reporting, research, teaching, and so on.

As an international city, Hong Kong must catch up with developments in other countries in the protection of intellectual property rights. Therefore, the enactment of such legislation is inevitable.

However, given that Hong Kong’s freedoms have suffered serious erosion in recent years, it is understandable that Hong Kong people have become highly sensitive to any moves by the government that might further aggravate the situation.

Irrespective of whether the bill would have been passed on Wednesday or not, the only option available to the Hong Kong people is to hold on to their struggle for true democracy. Will they prevail?