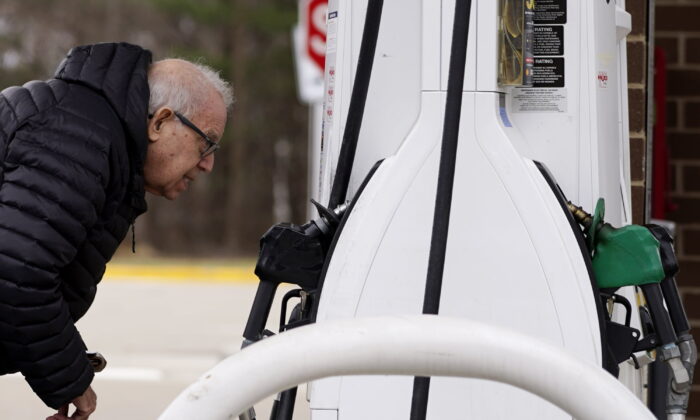 On May 19, the U.S. House of Representatives passed the Consumer Fuel Price Gouging Prevention Act by a vote of 217–207. Four Democrats and every Republican voted against the bill. The purpose of the bill is to empower the federal government (specifically, the Federal Trade Commission) to fine oil companies if they increase prices in an excessive or exploitative way, with the bill, in typical Washington fashion, not bothering to define what constitutes “excessive” or “exploitative.”

This bill—which has little chance of passing the Senate—is both cynical and revealing.

It’s cynical because supporters of the bill are accusing oil companies of doing what the federal government itself is doing—namely, restricting the supply of oil. Rep. Katie Porter (D-Calif.) publicly declared, “Big Oil is threatening our entire economy by keeping supply low and jacking up prices at the pump.”

Rep. Frank Pallone (D-N.J.) who chairs the House Energy and Commerce Committee, asserted in a hearing on May 16, “The problem is Big Oil is keeping supply artificially low so prices and profits stay high.”

It takes a lot of chutzpah to blame oil companies for currently tight supplies when the administration of President Joe Biden has so aggressively pursued anti-fossil fuel policies and repeatedly declared its desire to wean U.S. consumers from fossil fuel consumption. I wrote twice last year about specific anti-oil production policies that the Biden administration has adopted.

Has the administration altered course in response to gas prices spiking higher? Not in the slightest. Just a few days before Reps. Porter and Pallone tried to blame oil companies for tight oil supplies, the administration canceled oil leases in the Gulf of Mexico and Cook Inlet. Existing leases are being held in regulatory purgatory whereby bureaucrats refuse to approve a green light for actual production. A few days ago, Sen. Joe Manchin (D-W.Va.) commented that 16 months after the Biden administration announced a pause on granting new oil exploration leases, “we still have no new leases,” and, “it has become crystal clear that the ‘pause’ is in fact a ban.”

Democrats have a long history of persecuting oil companies. In 2007, the House passed similar anti-price gouging legislation. Multiple times since then Congress has staged the political theater of show trials during which they lambaste oil company executives. This tactic is a classic political sleight of hand. Congress wants to get your attention fixed on the Big Oil bogeyman so you don’t notice how irresponsible Congress itself has been in blocking the development of domestic oil deposits. (Interestingly, Rep. Stephanie Murphy (D-Fla.), one of the four Democrats who voted against the bill, referred to it as a “political gimmick.”)

Besides being cynical, the anti-price gouging bill is very revealing.

The demagogues who voted for it are at war with the inexorable, unrepealable law of supply and demand. The average American understands that gasoline prices are soaring and oil company profits are rising because supply isn’t keeping pace with demand. The politicians who voted for the price-gouging bill prefer to blame greedy oil executives rather than impersonal market forces for higher prices and profits. This raises an important question: If all oil companies have to do to maximize profits is restrict supply, why don’t they do that every year and avoid horrendous years like 2020 when they lost billions of dollars?

There are two realities about the oil market that elude those who voted to punish alleged price gouging: It’s highly cyclical and brutally competitive.

This year’s healthy oil company profits are the result of a still-young upturn in the cycle after the 2020 bottom. Many oil company leaders are hesitant to boost exploration spending now, partly because of how much money they have lost in recent years and partly because they perceive the Biden administration’s zealous anti-oil beliefs.

Not only has the administration been canceling pipelines and leases while rendering existing leases almost worthless by imposing a regulatory freeze on actual drilling, but Biden also keeps talking about weaning Americans from fossil fuels ASAP, praising the U.N. scheme to have financial institutions steer capital away from the oil industry, and ESG ratings are branding oil companies as socially irresponsible.

Who would want to go out on a limb and commit huge sums of capital if they fear that Uncle Sam wants to curtail, if not crush, their business?

If Democratic politicians really wanted to lower gas prices for consumers and squeeze oil company profits, they would use the law of supply and demand to help them. They would remove all restrictions from drilling and selling oil. Oil companies would resume the cutthroat competition that has characterized their industry from the beginning. Supply would go up, prices and profit margins would go down, and American consumers would be thrilled.

Instead, these anti-market zealots want to suppress gas prices and squeeze oil profits while at the same time thwarting oil production. These economically incompatible goals are irrational. Like socialistic central economic planners, they believe that they can alter the way the world works—reality itself—by legislative will. That’s what makes their passionate desire to control, manage, and direct the economy for the alleged good of the people so dangerous. They think prosperity is a matter of will and that their good intentions will overrule the laws of economics, physics, and so on.

Of course, progressives tend to justify their heavy-handedness on economic policies by invoking “justice.” Democrats are the party of “fairness,” right? Well, not exactly. Consider this: Just as oil company profits are at or near record highs today, so U.S. homebuyers are facing record-high house prices. The reason is exactly the same: low supply relative to high demand. To be consistent, then, shouldn’t Congress fine all those homeowners who are taking advantage of current market conditions to “gouge” buyers? Are those howls of protest I hear? I agree with you! It would be unjust for Congress to limit how much you sell your house for. That would infringe upon your property rights. But then, why should Congress intervene to limit how much a company sells its product for? Morally, there’s no difference.

Progressives reject the rule of law and viciously discriminate against Americans who produce oil. This overt assault on property rights reveals the socialistic spirit that animates today’s progressives.

Our country’s rapid economic growth over the past century and a half has been powered by the energy that oil companies have produced for us. They even produced the oil that Biden is releasing from the Strategic Petroleum Reserve to boost his popularity poll numbers. Congress, by contrast, has never produced a gallon of energy, even as they spend billions of dollars that they have taxed from those companies. How about a little gratitude for American oil companies, Congress?

The only positive comment one can make about the Consumer Fuel Price Gouging Prevention Act is that it makes plain just how allergic progressives are to economic common sense.