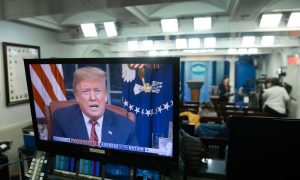 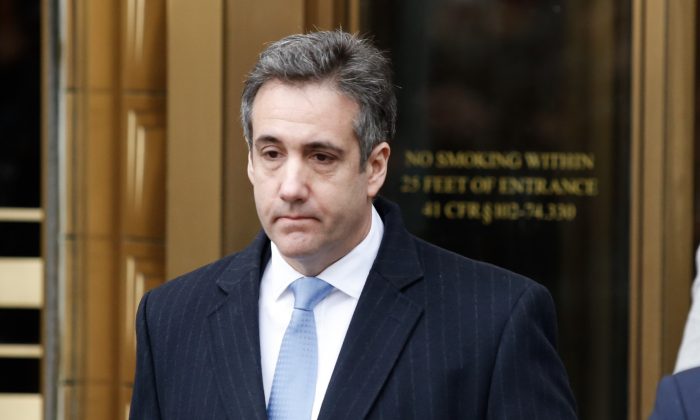 The Constitution, Michael Cohen, and the Devolution of the Bill of Rights

The Democratic leadership in the House of Representative has confirmed, for any who may have doubted it, their disregard for the rule of law and judicial procedures that are guaranteed by the Constitution.

Knowing full well that Michael Cohen is a potential witness in future prosecutions perhaps contemplated by the Office of the Special Counsel—the Mueller investigation—House Democrats have nonetheless subpoenaed Cohen to testify before Congress. It’s important to understand that Cohen has entered guilty pleas in a cooperation agreement with the special counsel. So, he is by definition a cooperating witness, having agreed both to provide information to prosecutors and to testify on their behalf in criminal trials.

By transferring his first public testimony from the potential judicial arena—where it belongs—to the congressional arena, Democrats will essentially deprive future targets of his testimony from their constitutionally protected right to confront and cross-examine witnesses. In a courtroom, an individual accused of a crime has an absolute right to confront his accusers. Alone, or through his or her attorney (as is more common), the accused can question prosecution witnesses, reveal the witnesses’ biases, motivations to lie, and undermine their credibility. So fundamental is this right that the Founders saw fit to include it as the Sixth Amendment to the Bill of Rights, in order to protect us all from potential oppression by the state.

Once Cohen‘s testimony has been broadcast from the congressional committee room, the toothpaste will be out of the tube. Reputations will have been smeared, perhaps destroyed. The jury pool will have been tainted, thereby violating the Sixth Amendment right to an impartial jury and further compromising the constitutional rights of those who may be accused.

Has a cooperating witness, subsequent to entering a guilty plea, ever been subpoenaed—essentially compelled—to broadcast his future testimony to the world? Probably not.

Why are the Democratic representatives doing this? Might it be that they are more concerned with garnering publicity, with the opportunity to utter sound bites for the cable news shows, than in their oft-purported claims that the special counsel be allowed to fulfill his mandate unimpeded?

Any vague hint that the White House may be contemplating a personnel change that would create the opportunity for influencing the scope of the special counsel’s mandate is met with outrage and claims that a “constitutional crisis” is at hand. Yet, interference in the confidential Mueller investigation by members of Congress through the public disclosure of Cohen’s future testimony—of the evidence he would be presenting in a court of law—causes not a ripple.

Ironically, the Constitution can be subject to ultra-strict interpretation when it’s convenient to achieving a desired outcome. The Democratic lawmakers, who are apparently blind to the consequences of disregarding the clear intent of the Sixth Amendment when so doing allows the airing of statements that are likely to be derogatory to the president, have no problem burrowing down into the Constitution’s fine print in order to resurrect the Title of Nobility Clause, Article I, Section 9, Paragraph 8, which reads as follows:

“No Title of Nobility shall be granted by the United States: And no Person holding any Office of Profit or Trust under them, shall, without the Consent of the Congress, accept of any present, Emolument, Office, or Title, of any kind whatever, from any King, Prince, or foreign State.”

Emoluments are defined by Merriam-Webster as: “The returns arising from office or employment, usually in the form of compensation or perquisites.” The plain language of the clause clearly proscribes the acceptance of bribes. But the meaning has been tortured by the attorneys general of Maryland and Washington, D.C., in order to file lawsuits against the president. They interpret “Emoluments” to encompass payments for hotel rooms made by foreign officials staying at Trump hotels.

The notion that the billionaire real-estate mogul who currently occupies the White House is enriching himself through these hotel stays is ludicrous. Do the Maryland and D.C. attorneys general plaintiffs truly believe that foreign diplomats will receive favorable treatment from the White House once the president learns of their choice of hotels?

So clearly inappropriate is the Nobility Clause’s application to the ownership of commercial real estate by a public official, that those pressing the suit have retitled the paragraph in question as the “Emoluments Clause.” But we must look at the intent of the founders when they drafted the clause. Clearly, it was intended to prevent public officials from being improperly influenced in the execution of their duties, not to impede successful businessmen (like Donald Trump) from seeking public office, which would be the consequence of pursuing this lawsuit.

This buffeting of the Constitution is symptomatic of the evolving progressive agenda. Jenna Johnson of the Washington Post, quoted the rising political hopeful Robert “Beto” O’Rourke opining with regard to the Constitution: “Does this still work? … Can an empire like ours … still be managed by the same principles that were set down 230-plus years ago?”

Aware that many Americans may be alarmed by tinkering with that musty parchment—the one that guarantees their freedom of expression, freedom of belief, and freedom from oppression—some progressives have sought to tone down their agenda. Only a few unfair segments need to be excised, they say, such as those providing for the election of the president via the Electoral College—as advocated by MoveOn.org and Hillary Clinton—or the requirement that the president be at least 35 years old. As Matthew Yglesias wrote in Vox.com, “It’s ridiculous that it’s unconstitutional for Alexandria Ocasio-Cortez to run for president. Immigrants, young people, and everyone else should be allowed to run.”

The rights guaranteed in that document, drafted more than two centuries ago, haven’t restricted social evolution, but rather have enabled it. We live in a world where both Beto O’Rourke and Donald Trump can earn fortunes. Where Alexandria Ocasio-Cortez can run for and be elected to the House of Representatives. Where Hillary Clinton can serve as a U.S. senator from New York, secretary of state, and can pursue a near-successful run for president of the United States.

Progressives and conservatives alike must preserve and cherish this Constitution. Not a mere parchment, but rather the enumeration of unique rights that protect us all.