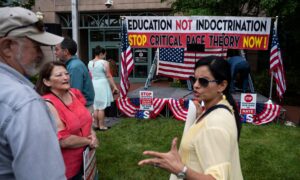 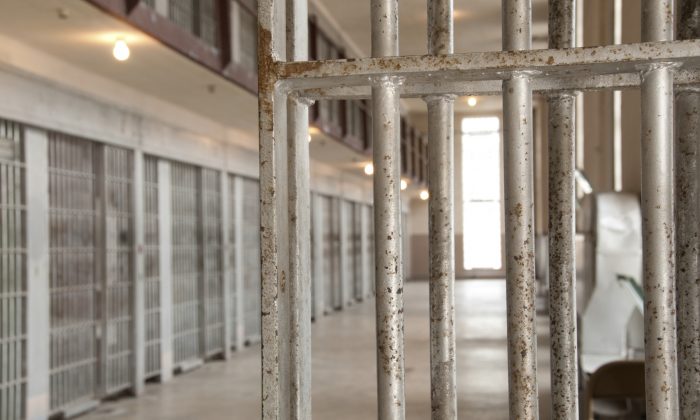 Conservative criminal justice reform advocates are making the case that reducing the prison population, treating drug addiction, and giving a second chance to lawbreakers are policy prescriptions that mesh with conservative ideals.

While advocates cite polls that show most conservatives support ideas like providing alternatives to prison for low-level drug offenders, GOP leaders on the criminal justice reform cause know they have more work to do to overcome a tough-on-crime mentality that came to define the 1980s and 90s.

“No one is beyond redemption and hope springs eternal,” said Ken Cuccinelli, the former Republican attorney general of Virginia who spends his time these days speaking out against the harsher sentences from the War on Drugs that helped lead to massive overcrowding in America’s prisons.

Cuccinelli used his appearance this past week at the Conservative Political Action Conference, or CPAC, outside Washington, D.C., as an opportunity to speak before thousands of conservative activists and leaders about why they should care about mass incarceration in America.

“We [conservatives] need to own this issue if it’s done right,” Cuccinelli said. “The left cannot own it. We have to own it. Somewhere out there is a balance. We should be trying to do it [deal with crime] not just tough, but right.”

In making that case that conservatives should rethink its traditional approach to criminal justice, Cuccinelli and others who spoke during panel discussions at CPAC point to Republican-led states that have already implemented successful reforms.

Texas, especially, is considered the leader on the issue.

Beginning in 2005, Texas, under the leadership of then Republican Gov. Rick Perry, undertook a number of reforms that are credited with a 12 percent reduction in its incarceration rate since 2009, and its lowest crime rate since 1968.

Texas, taking a more holistic approach to criminal justice, created specialized drug courts, which allow defendants to get treatment as an alternative to prison. It revamped its probation and parole system to swiftly punish violations without automatically sending the offender to prison—to get a violator’s attention without locking them up.

And in 2007, faced with the prospect of spending $2 billion to build and run new prisons to meet demand, a bipartisan group of state legislators instead invested $241 million to expand in-prison and community-based treatment and diversion programs.

“My appropriators loved that we spent less money,” said Jerry Madden, a former Republican member of the Texas legislature who helped design the reforms. “Since that time, we’ve reduced the crime rate to the lowest level since the 1960s, we have fewer prisons and we’re safer. That’s what Republicans are about. We’re about public safety.”

Madden, who spoke on a CPAC panel Saturday, continues his advocacy for a conservative approach to criminal justice reform with Right on Crime, a project of the Texas Public Policy Foundation.

“In the Department of Corrections you are supposed to be correcting behavior,” Madden continued. “Now [after Texas’ reforms], when a drug addict or someone with a mental health problem comes out of prison, gee, they are less likely to commit another crime. That’s what you want. Everyone said, ‘How can Texas can do that kind of stuff?’ and lo and behold, many, many states have followed.”

Indeed, many of Texas’ reforms have since been mimicked by other states, including Georgia, South Carolina, and the Dakotas, while Congress is currently considering several different approaches to criminal justice reform that have been tried at the state level.

Tennessee State Sen. Brian Kelsey, a Republican, appeared at CPAC to discuss his state’s effort, which he expects to take two years.

Since 1981, Tennessee’s incarceration rate has increased by 256 percent.

In response to the problem, Kelsey was appointed by Tennessee Gov. Bill Haslam, also a Republican, to serve on the state’s Task Force on Sentencing and Recidivism. That panel recommends instituting longer prison sentences for serious, violent crimes, and promoting alternatives to incarceration for low-level drug offenders.

“We have decided we’ve got to do a better job on focusing our limited resources on the most violent offenders,” said Kelsey, who added that 40 percent of Tennessee’s prison population is made up of those committing technical violations of probation and parole.

Despite this efforts, and others like it, the conservative case for criminal justice reform still has doubters.

At the federal level, Sen. Tom Cotton (R-Ala.) is leading an effort to oppose a proposal by the Senate Judiciary Committee, of which he belongs, to reduce certain mandatory minimum prison sentences created to punish drug offenders during the 1980s and 90s.

Cotton, highlighting a significant point of disagreement in the debate, believes that the concept of a nonviolent drug offender is misleading.

While reform advocates believe there should be less punishment for those who have lesser roles in a trafficking ring, such as mules, couriers, or street dealers, Cotton, and others, say drug dealing is a violent act in itself.

“I am at the street level, at the belly of beast every day, and I totally dismiss this idea of a nonviolent drug offender,” Clarke said during a Thursday appearance at CPAC. “If you are a mother struggling to keep your kid away from that dope dealer, getting that guy off the street is a big deal to her. I agree conservatives own this issue of law and order, and I find it unfathomable we would cede this back to the left by cuddling up to criminals.”

Pat Nolan, a former law-and-order conservative and Republican leader in the California State Assembly, believes Clarke is missing the point.

“Prisons are for people we are afraid of, but more and more we are filling it with people we are mad at,” Nolan said during the Thursday CPAC panel. “Figures don’t lie. Of those in federal prison, half are drug crimes and only 14 percent were major traffickers. Why on earth are we going after street dealers? The federal government should be going after dealers who traffic over international borders and state lines.”

In the mid-1990s, after being prosecuted as part of an FBI sting targeting elected officials who received illegal campaign contributions, Nolan served served more than two years in federal prison.

Today, Nolan, as the director of the American Conservative Union Foundation’s Center for Criminal Justice Reform, makes it his mission to challenge traditional conservative views on criminal justice.

Along with his concerns about how drug offenders are treated, Nolan is also worried about overcriminalization.

At CPAC, he noted people who’ve been incarcerated for low-level crimes like breaking lobster-storage regulations and gardening rules.

“I know about violent crime; I grew up in Crenshaw [Calif.],” Nolan said. “We are so watered down in criminal law, and so many things are criminal, that we’ve lost focus on things inherently evil, like robbery, rape and murder. Let’s get back to the basics.”