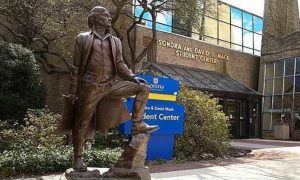 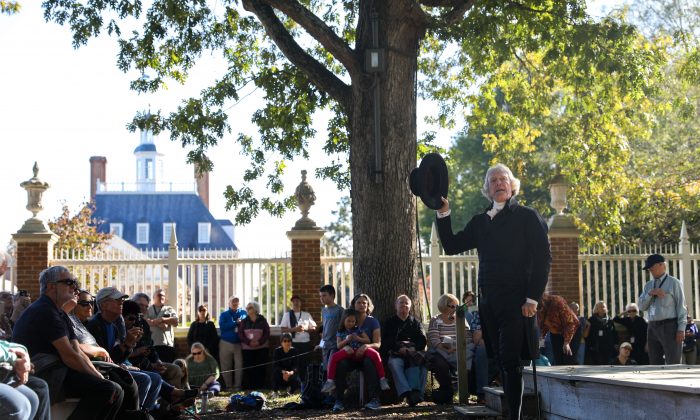 The Confidence to Change History

In early July, the Charlottesville, Virginia, city council voted 4–1 to discontinue celebrating Thomas Jefferson’s birthday.  Instead, they’ll celebrate a new day each year, March 3, so-named “Liberation and Freedom Day,” which will commemorate the day in 1865 when Union forces entered the city.

And so the takedown of the Founding Fathers continues. Jefferson started the University of Virginia, which is in Charlottesville, and his home Monticello remains a popular tourist destination. His library was the basis for the Library of Congress (after the British burned the original in 1814), and his pursuit of the Louisiana Purchase was one of the best deals the United States has ever made. And the words he assembled into the opening paragraph of the Declaration of Independence have proven an inspiration for democratic reformers ever since, including Frederick Douglass, Abraham Lincoln, and Martin Luther King Jr.

But he owned slaves—and that settles it. His other achievements can’t save his birthday celebration. We’re in a cultural moment in which certain facts possess decisive authority; other facts do not. Slavery is a clear-cut historical reality; Jefferson’s Enlightenment liberalism is not. He may have fathered a child with one of his slaves, too.

In fact, everything in Jefferson’s life disposed him to support slavery—his upbringing, his forebears, his neighbors, lands, and financial interests. In spite of all that, though, he composed the Declaration, penning the words that have proven the most devastating to any system of political inequality ever written: “We hold these truths …” That’s what makes Jefferson heroic. History has taken him as one of the potent moral voices against racial castes. His slaveholding didn’t inspire anyone to become a slaveholder, but his Declaration certainly gave to generations the language to renounce it.

But, again, the bare condition of slaveholding makes these complications sound like quibbles and rationalizations. The city council members have the momentum of historical revisionism behind them, and slavery puts any hesitations they might have to rest. The national project of removing statues, renaming buildings and institutions, renaming awards and retracting honors … it’s given people with civic power a whole new audacity.

Jefferson was a man for the ages. When he and John Adams died on the 5oth anniversary of the Declaration, it was interpreted as providential. But the city council doesn’t think it has to examine its own qualifications before demoting this historic character, who will remain historic no matter what they do.

None of the council members makes any claim to statesmanship. One of them, the city council website states, has “spent years working as an advocate for racial and social justice. [Her] commitment has been to authentic inclusion, equity, and progress.” Another one had a history of anti-white tweets, which led him to quit his job at a local high school after they came to light. Another one, while serving as mayor, organized a rally to “resist” President Donald Trump soon after the 2017 inauguration.

“Hundreds of people gathered on Charlottesville’s Downtown Mall to proclaim the City the ‘Capital of the Resistance’ to Trump’s agenda. During his brief address, Signer focused his comments on issues related to immigration. The defiant tone of the event attracted attention, which, like the potential removal of the statues, was mixed. CPD Lieutenant Brian O’Donnell recalled his dismay at the aggressive posture taken by the Mayor, noting that the Mayor’s event was ‘tantamount to war rhetoric’ and a recipe for undermining the legitimacy of institutions of government.”

The report was commissioned by the city; the main author was a former U.S. attorney for Western Virginia. The “CPD” is the Charlottesville Police Department. As the passage shows, the report offered several criticisms of the city council for its conduct in the months leading up to the riot that took place in August 2017.

But people crusading for social justice have zeal and righteousness. They don’t worry about past mistakes, and they don’t question their own moral condition. Such progressives understand the past in relation to the future they want to create. In this case, it’s not that the city council despises Jefferson. In fact, I doubt that they know very much about him and the times in which he lived. Their action has to do more with the present, specifically, to their aim of stamping out racism and injustice.

To remove a holiday that extols a slaveholder and replace it with a holiday that celebrates emancipation is a handy way for Charlottesville to demonstrate its moral improvement. One might say that the action is merely symbolic, but symbols matter. Two years ago, Charlottesville exploded into racial conflict, at the symbolic center of which was a statue of Robert E. Lee.

The full historical picture of Jefferson doesn’t factor into the progressive present. It’s his potential role in racial tension that counts, and the best way to handle it, the council decided, is to negate it.

Mark Bauerlein is a professor of English at Emory college. His work has been featured in The Wall Street Journal, The Weekly Standard, The Washington Post, TLS, and Chronicle of Higher Education.