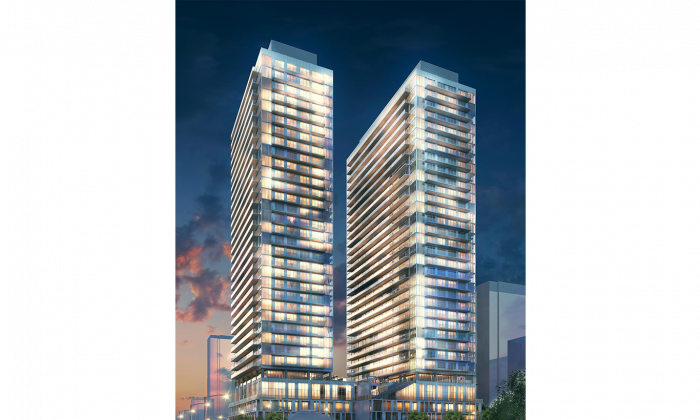 The Condo World According to Milborne Real Estate

Milborne Real Estate Inc. is one of Toronto’s most prolific sales agencies for new condominium developments. In fact, in the 37 years CEO Hunter Milborne has operated the company, they have sold over 100,000 units amassing sales upwards of $10 billion.

More than 700 developments have been sold by Milborne, representing 15 percent of the market share in a decidedly aggressive marketplace with over 1,000 competing firms. They are, in a nutshell, doing something right.

“Our main talent is sales and marketing. But what sets our company apart is that we have expertise in a number of other areas. Hunter and I have worked closely with the country’s top real estate consultants so we have the ability to help support the process from land acquisition right through to customer care,” says Davie.

The company is involved in some exciting new projects for 2015. Milborne recently launched a site for Pemberton Group called Citylights on Broadway at Yonge and Eglinton. The project has done really well, according to Davie. A second phase will be released soon.

Another project at Bayview and Sheppard is Tea Garden, an intimate 150-unit boutique condominium in North York’s most prestigious neighbourhood. Tea Garden is launching this month and it is expected to sell out very quickly.

Davie has been working on another project that he believes will be the talk of the town when it launches this summer. The project is located at 28 Main Street in Unionville on the corner of Enterprise and Main Street. What’s special about this three-building project (718 units) is that plans are underway for the creation of a 20,000-student campus of York University directly across the street from 28 Main Street. In fact, says Davie, “You’ll literally be able to throw a stone from 28 Main and hit the York campus directly.”

This proximity creates an incredible opportunity for investors. According to York University and the municipality, they are hopeful that the approval of this new campus will be announced in the Spring 2015 Budget.

“We will be launching 28 Main Street after that announcement, probably in July,” Davie says.

Regarding the current state of affairs in the Toronto and GTA condo market, Davie says Toronto has been the number one or number two market in North America by sales volume for the last 15 years. Part of the reason is a very stable government here in Canada.

“People from around the world see the consistency and the volume of sales in Toronto. It is a stable market. It’s a safe place to invest their money.”

In the last few years it’s been shown that Canadians have been building equity at record levels because of the low interest rates and that’s mostly through home ownership.

“The other major factor that’s driving the market is new immigration coming to Canada and particularly to the GTA. Of the 250,000 new immigrants to Canada each year, 120,000 to 140,000 are coming to the GTA. Because of this great influx of newcomers, we actually can’t keep up with the amount of real estate needed to house all the people who want to live in our city. So supply and demand is pushing the price up,” Davie explains.

“Even though you see all those cranes in the air in downtown Toronto, we’re actually not building enough condos and low rise homes in Toronto. And this is proven by the vacancy rate,” he continues. “The rental vacancy rate is generally between 1 and 2 percent. This is a very healthy low rate and shows that new condos on the market are being absorbed.”

Immigration is expected to remain stable in the coming years. Both Liberal and Conservative parties are pro-immigration and this bodes well for the future no matter which party comes to power.

It appears that Toronto has everything going for it—consistent immigration, stable interest rates, lack of inventory both in pre-construction and a resale marketplace.

“We expect the market to continue to be healthy well into the future,” says Davie.

For more information about Milborne Real Estate or any of their projects, please visit their website at www.milborne.com or call 416-928-9998.