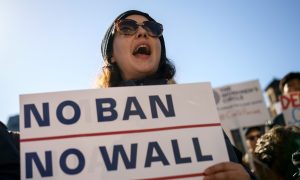 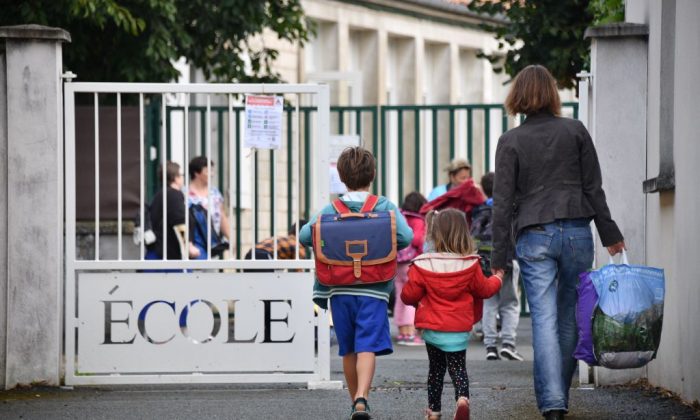 Pupils arrive at a primary school on the first day of the new school year in La Rochelle, France, on Sept. 4, 2017. XAVIER LEOTY/AFP/Getty Images
Viewpoints

Since the 1960s, Western societies have experienced a sexual transformation on a scale that few but a small selection of radicals foresaw.

Starting primarily in the United States, and spreading throughout the Western world, this became known as the sexual revolution or “sexual liberation”—though, in truth, there is nothing liberating about it. Sexual constraints that safeguarded society from high-risk behavior were jettisoned into the cultural aether and suffocated in an atmosphere of pure hedonism.

Traditions emerge from a delicate process of trial and error, in which our ancestors learned only too well what happened when they weren’t cautious. Over time, traditions become cultural ideas that transfer from one generation to the next, but it’s all too easy to forget why traditions were established. There are times when they seem stifling, even repressive, but it’s only once they’re abandoned that we see why they existed in the first place.

Alas, this is where we find ourselves today, in a society that has forgotten the reasons why sexual constraints were established over time. There are many claims about sexuality in history—such as that the nuclear family is a modern invention, or that ancient cultures were sexually liberal.

In truth, these are mischaracterizations and outright lies fostered by those that despise stoic morality. We certainly see a variation in attitudes to sexuality in different times and place, but a pattern persists, wherein strong family values that reign in sexual urges make civilizations stable and successful.

We must ask ourselves how we got here. What changed since the 1960s, and did this occur suddenly within a single decade, with hedonism subsequently spreading like a plague? The answers can be found in a wider agenda to radically transform society, to such a degree that only a strongman government could prevent chaos from ensuing. Sexual subversion became part of the wider subversive machine called cultural Marxism, and though this is much discussed in a more general sense, the focus of this piece is the sexual side of this ideology.

As part of the realization that economics alone would never lead to an uprising against the capitalist class, post-World War I Marxists began to re-evaluate their ideology in the aftermath of the Bolshevik Revolution in 1917, in which only pre-industrialized Russia experienced a proletariat uprising. These Marxists put the onus on culture over economics.

A myth persists that they diverged so much from the theories of Marx and Engels that they aren’t part of the same ideology, and certainly aren’t influential on far-left thought. Such claims are undoubtedly perpetuated by those who don’t want a closer examination into the development of what Marxism has become today.

Make no mistake: Not only was Marxism always heavily based on cultural transformation—a fact one can easily verify by reading Chapter Two of “The Communist Manifesto”—but these post-World War I intellectuals were incredibly influential on Western academic thought. What they did was expand on the cultural aspect of Marxism by inventing a methodology called critical theory.

Many have heard of the infamous Institute for Social Research in Goethe University, Frankfurt, founded in 1923 and nicknamed the Frankfurt School. This school parted ways with growing Marxist-Leninist orthodoxy in the 1920s, via another current of thought called Western Marxism, from which critical theory originates. Additionally, literary theory is another major part of Western Marxism, and both theories work by deconstructing Western societies through a Marxist interpretation of class.

Two political dissidents gave rise to Western Marxism: Antonio Gramsci and György Lukács; but it was Lukács who was the more influential on the sexual critique of Western society. In 1918, he became the deputy commissar for education and culture during the short-lived Hungarian Soviet Republic. Around the same time, he began to re-evaluate Marx’s theories, and his position in Hungarian society became his testing ground. His goal was to eradicate Christianity from Hungarian society by undermining sexual morality, and introduced radical and compulsory sex education to schoolchildren. This included graphic literature being handed to pupils that instructed them in promiscuity.

Today it’s not hard to find such “education” in Western society. Despite protests, lessons continue to become ever more graphic and prevalent. In the United Kingdom, compulsory sex education will be introduced by 2020 to both primary and secondary school children. This will involve gay relationships, “sexting,” and LGBT discrimination, under the banner of mental health and bullying, a more recent tactic used to silence dissent—after all, how could you possibly oppose this if it stops bullying and anxiety?

It should now be obvious that this push is no accident, and is a substantial part of the sexual subversion of society that started in the early 20th century.

Not only were founders of the Frankfurt School the ones who intellectualized the sexual revolution that inspired sex education, but they also led it. One such man was Herbert Marcuse. Shocking accounts can be found of the way children were sexualized in the decades that followed the 1960s.

An article on Spiegel Online, called “The Sexual Revolution and Children—How the Left Took Things Too Far,” explains how German communists encouraged sexual experimentation on an appalling scale in the 1960s and 1970s. Likewise, groups like PIE in the UK, and NAMBLA in the U.S., tried to turn pedophilia into another form of sexual liberation.

One might be tempted to think this could never happen today, but the 2013 Estrela Report tried to introduce sex education through EU parliament, based on a World Health Organization report called “Standards for Sexuality Education in Europe.”

Another notorious individual who laid the groundwork for the sexual revolution was Alfred Kinsey. Known for his scale that plots sexuality on a fluid spectrum, including any and all forms of sexual paraphilias, Kinsey was so absorbed in his own theories that he included the notes of Rex King in his 1948 book, “Sexual Behavior in the Human Male.” King kept extensive records of his sexual abuse of children while traveling the United States as a government land examiner, and was given the name “Mr. Green” by Kinsey, to protect his identity.

Despite refuted pseudo-scientific research that bears no resemblance to hard science, his influence on modern sexuality is pervasive—hence the reason that the fluid concept of human sexuality is widely pushed today.

So, how we can stop this endless sexual decline when we’ve abandoned the traditions that once protected us? It’s certainly no accident that its architects attacked the morality of society first. Thus, unless we reapply the armor of traditional morality, our society will continue to fall into moral degeneracy.