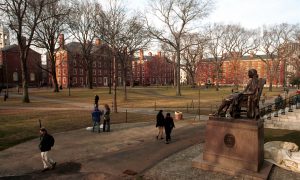 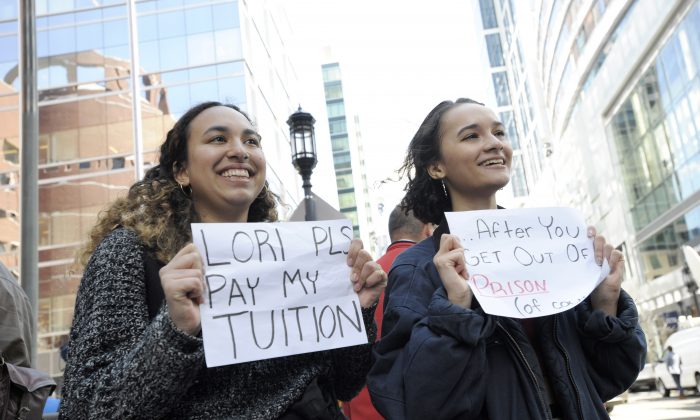 The College Board Turns SAT Into Weapon Against Middle Class

On March 12, the story of the federal investigation known as Operation Varsity Blues broke, as more than 50 wealthy parents were charged with participating in a scheme to use bribes to get their children accepted to select universities across the United States.

Some people rushed to interpret this scandal as evidence that the rich have rigged the whole college application system against everyone else. A writer for the Brookings Institution wrote that the scandal is indicative that “higher education in America has always been rigged for the wealthy.”

Likewise, CNN reported that the scandal proves “the upper class is a closed system.”

This is exactly the opposite conclusion that one should draw from the scandal. If wealthy parents have to break the law in order to boost their kids’ chances of getting admitted to certain colleges, common sense suggests that standardized testing is an effective means of leveling the playing field, even for those from the nation’s wealthiest families.

Which is why it’s a surprise to learn that the College Board—the organization that created the Scholastic Aptitude Test (SAT)—is implementing a metric to inform colleges of students’ socio-economic backgrounds to accompany SAT scores. The College Board calls it the “Environmental Context Dashboard” (ECD), but many are calling it an “adversity score.”

David Coleman, CEO of the College Board, says the new metric is designed to contextualize SAT scores. The socio-economic context is supposed to highlight a student’s “resourcefulness,” by attributing to students a score of 1–100 that indicates how much adversity or privilege they have endured or enjoyed, based on data from the census.

The assumption is the SAT score alone is insufficient information for what colleges are looking for in applicants. This assumption raises the question: Just what are colleges looking for then?

The College Board should be more frank; its ECD is really a new means of affirmative action. It’s meant to help universities accept students from select backgrounds so those schools can exhibit their progressive bona fides and try to force into existence the social-justice vision of society they prefer to reality.

The ECD provides another means by which universities—the “woke seminaries” of progressivism—may sacrifice the honest pursuit of truth on the altar of political correctness to the god of diversity.

Getting to Race Without Using Race

The best that can be said about the ECD is that the College Board believes that character and not just intellect is an important component in predicting success at college. That’s very true. And for students in poor neighborhoods, decent SAT scores may indeed be a sign of good character traits that colleges should be interested in.

But there are two problems with this logic. First, if virtues such as resourcefulness are good predictors of success at college, why isn’t the College Board interested in finding middle- and upper-class students who also have good character traits? Do they assume that wealthier kids have virtues like resourcefulness as part of their unearned privilege?

The parents who were arrested in Operation Varsity Blues demonstrate that the wealthy have no monopoly on character. Virtue is not for sale.

Second, the merit of a test that measures math and English skills is that those subjects can theoretically be mastered by anyone with a brain. This is to say, the road to success is open to all, even if it’s not as easy for all.

The ECD, though, provides socio-economic data especially meant to highlight students from poor neighborhoods with higher crime rates and schools with government-funded lunch programs. In short, it offers as advantages things that some students have no possible way to access.

Thus, the ECD is a way for the College Board to put its thumb on the scale of standardized testing to bring about the result it believes should prevail.

Coleman has himself said as much. He told Bloomberg News, “We have got to find ways to see students of exceptional talent whatever race they are from. I want to be very clear on that. That’s within the Asian community, the Native American community, the Latino community. These are all big and diverse communities, and within them there are students who, with a lot less, achieve a great deal, but they can be invisible if you look at test scores alone.”

“My core task,” he said, is to “illuminate” these students. The rest, I suppose, must rely on their privilege.

Anthony Carnevale, who used to work for the College Board, was more forthright about the intention behind the adversity score: “The purpose is to get to race without using race,” he told the Wall Street Journal. This strategy allows colleges to dodge any future attempts by the Supreme Court to prohibit explicit race-based discrimination in their application procedures.

Unintended Victims of the Theorizers

In “My Grandfather’s Son,” Justice Clarence Thomas described his own experience with affirmative action. He recalls the NAACP Legal Defense and Education Fund’s reliance on an “adverse impact” theory to explain why black law students weren’t passing bar exams at the same rate as their white counterparts.

The theory held that “if a neutral examination produced disparate results among the races, then it could be considered discriminatory.” At first glance, Thomas thought the theory was sound, but as he considered it more carefully, he found the evidence insufficient.

Further, “the adverse-impact theory had its own built-in problem,” he wrote. “Its advocates appeared to be suggesting, knowingly or not, that blacks could never catch up with whites.”

The advocates of the ECD don’t necessarily hold this belief, but I suggest they re-examine their premises. Likely they are just idealists hoping to realize a utopian theory of fairness in education that is abstracted from reality.

Unfortunately, they aren’t the ones who will suffer from their planning. As Thomas related, such schemes offer up blacks and other minorities “as human sacrifices to the great god of theory.”

The ECD is designed to give students from lower classes a leg up by highlighting those who exhibit resourcefulness. But what about the resourcefulness of middle-class parents—of whatever race—many of whom worked very hard to do more with less in order to get their families out of bad school zones and into better neighborhoods?

The adversity score will place a handicap on the children for the virtue of the parents. The rich will always find ways to leverage their wealth to their advantage. But with the ECD, as with other social-justice schemes, it will be the middle class who will end up bearing the brunt of such a “harebrained social experiment,” as Thomas put it.

Middle-class students should boycott the College Board and consider alternatives such as the ACT and the increasingly popular Classic Learning Test. They should show contempt for any standardized test that takes into account anything that isn’t at least theoretically available to all students.