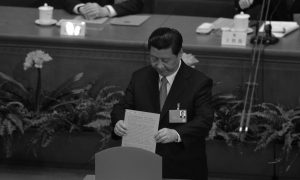 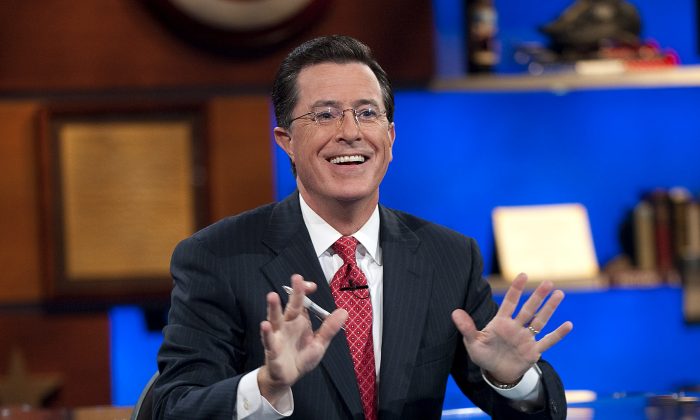 The Colbert Report and 3 Other Productions Blatantly Copied in China

China hasn’t only created knockoff versions of iPhones and Coach bags. They’ve also stolen ideas from popular TV shows and films to create substandard rip-offs riding on the success of their American counterparts.

A week ago, the Copyright Society of China admitted that plagiarism, unauthorized broadcasting, and other forms of copyright theft frequently occur in China’s film and TV industries, according to Xinhua, a state-run newspaper.

Interestingly, Chinese internet users, fed up with widespread plagiarism in China, were often the first ones to point out the ripped off content. Some people blame the State Administration of Radio, Film, and Television—though quick to censor anything “dangerous” or “subversive,” they do little to combat proliferant copyright theft in China.

In January 2014, The Banquet, a Chinese show broadcasted by Ningxia Satellite TV, was found to have plagiarized the popular American late-night talk show, the Colbert Report. The opening theme song and video footage were almost identical.

Courtesy of Sina Weibo, here are some side-by-side video snapshot comparisons of the two openings.

Stephen Colbert joked about the knockoff in his own show, saying “This is nothing short of wholesale theft–and I love it, because only the biggest hits get Chinese bootlegs!”

Notably, The Banquet has not adopted The Colbert Report’s satirical take on politics. Too bad talk show hosts in China don’t have the freedom to joke about the Chinese Communist Party.

2. An Animated Imitation of Cars

Is the Chinese animated movie “The Autobots” ripping off “Cars”? http://t.co/zgfQ5kQehc pic.twitter.com/GNdteGUq3R

Directed by Zhuo Jianrong, the Chinese production “Autobots” has recently been accused of copying Disney and Pixar’s 2006 film “Cars.” The posters look strangely similar, and the main red “autobot” is almost identical to Lightning McQueen, a character in Cars. And the red and green car in the Autobots poster looks just like Francesco Bernoulli in Cars.

But when interviewed by CNN, director Zhuo Jianrong claimed “I know of the movie Cars, but I have never seen it. I don’t even know the names of its characters.” In response to accusations of plagiarism, he said, “Aren’t the cars you see in the street similar? If somebody looks like you, does that person violate the law?”

But Chinese moviegoers disagreed, criticizing the obvious copyright violation. One user on Weibo, a Chinese Twitter-like platform, said that when he first saw the ads, he “thought Cars was being released in China again.”

But unlike the high quality animations presented on the poster, the actual movie is a painfully low-quality knockoff.

The movie Autobots depicts a young engineer who constructs three cars with human-like intelligence, so that the drivers and cars can interact. According to Zhuo Jianrong, it’s supposed to be a movie to “teach kids how to think creatively.” How ironic.

3. Friends, How I Met Your Mother, and The Big Bang Theory All Rolled Into One

The show iPartment (the “i” is in reference to the Chinese character for love [爱] which sounds the same) features a group of friends, all in their 20s, who live in neighboring apartments and experience life in a big city. Sound familiar? The premise is almost identical to that of Friends, the classic American sitcom, except the city is Shanghai, not New York.

And that wasn’t the only thing the producers copied. They also took scenes and jokes from How I Met Your Mother and The Big Bang Theory. A Chinese web user named Grace told the Global Times, “It is an insult to the American TV producers and an insult to the screenwriters and producers of original Chinese TV shows.”

The show’s producers denied any plagiarism, calling it “more of a homage to the American sitcom.” But they acknowledged that many of their jokes had been borrowed from “various sources.”

To top it all off, at the same time as the plagiarism accusations, the show’s producers had to apologize to a screenplay writer for stealing his jokes without permission.

In early 2012, Conan O’Brien called out Da Peng, an Chinese online talk show host, for plagiarizing the opening animation of his show.

In response to the criticism, Da Peng removed the intro and said in a video, “Here, I represent this show’s production team in apologizing to Mr. Conan and his production team,” before ending his apology with a sorry dance (itself an unoriginal choreography taken from famous South Korean pop song “Sorry Sorry”).

Conan then forgave Da Peng, and actually had his production team create a new, exciting introduction for Da Peng. The entire incident turned out to boost Da Peng’s fame in China significantly.