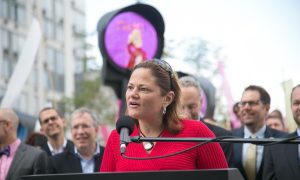 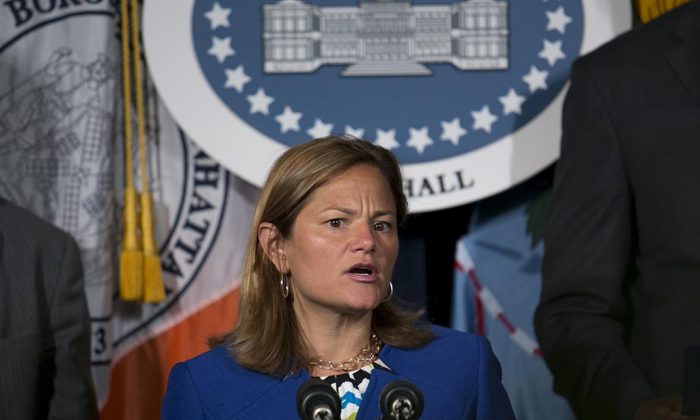 NEW YORK—City Council Speaker Melissa Mark-Viverito commented Thursday in the City Hall Red Room on a variety of key issues—President Barack Obama moving forward with immigration reform, the mayor’s op-ed piece in The Huffington Post about the Democrats needing to remember their core values following crushing mid-term losses, and her desire that marijuana be legal.

On Mayor Bill de Blasio’s op-ed and whether she agrees:

“Every election is different based on how you would run it, particularly in red states. I’m proud to be a progressive. I’m proud of the work that this council is doing, we’re going to move that agenda forward. Every election is very different and how decisions are made on how to run those elections is up to the individual campaigns.”

“Obviously, this is something I’ve been speaking really strongly about. We’ve said we wanted to see the president take action. Whether it goes far enough…that question will depend on the details.”

On why she supports marijuana and New York’s policy change:

“The policy change that was discussed is a step forward. I still have some concerns about the initial interaction on the street level. And yes, [I support it.] There have been national referendums and the states should look at that thoughtfully, and not just do that randomly. This is something that’s appropriate at the time, and if you’re asking whether I have smoked marijuana, yes.”