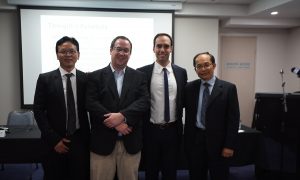 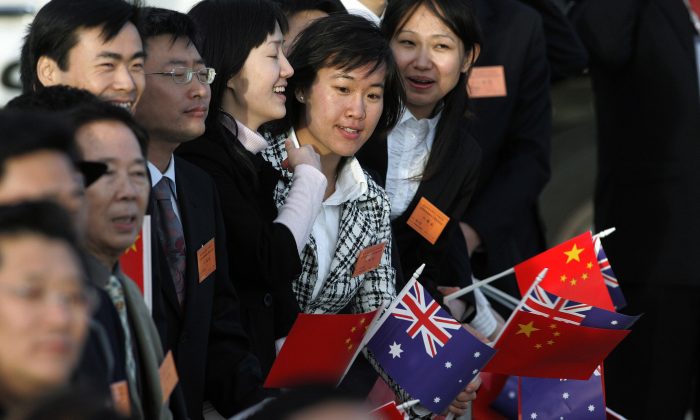 The Chinese Regime’s Infiltration of the West Through Overseas Organizations

Huang Xiangmo, a billionaire and prominent Chinese community leader in Australia, recently had his application for Australian citizenship rejected and permanent residency revoked.

Australian local media previously revealed that he made donations to politicians in an attempt to sway them into pushing policies friendly to Beijing. This is Australia’s first action against Chinese communist agents after the country adopted anti-foreign intervention legislation. In fact, this action is the first of its kind publicly documented in Western countries, and its significance can’t be overstated.

Huang had been the president of Australian Council for the Promotion of Peaceful Reunification of China (ACPPRC), a front group for the Chinese Communist Party, until the affiliation was exposed by Australian media in 2017.

Judging from the name of the organization, it seems harmless. After all, it appears to promote the peaceful unification of the mainland and Taiwan. But, in fact, its real motives and purposes are more insidious.

The Chinese regime considers Taiwan part of its territory, despite it being a self-ruled island. The former has promulgated a one-China policy to pressure other countries into recognizing only mainland China in diplomatic relations.

But diplomatic recognition and promotion of unification aren’t the same thing. Almost all the countries in which a CPPRC organization exists, only recognize the Chinese Communist regime diplomatically.

Unification, meanwhile, is a CCP policy to have Taiwan under mainland rule whether through means of peace or force.

If the purpose of CPPRCs was only to influence a country’s foreign policy, they wouldn’t be needed in these countries. As for advocating unification, the organization’s purpose isn’t to promote diplomatic recognition, but to implement the CCP policies.

In addition, CPPRCs aren’t loosely-managed nongovernmental organizations that are familiar to Westerners, but are peripheral organizations of the CCP. That is, they have strict organization, discipline, and chain of command. Every organization in the world classified as a CPPRC has a common feature of not having a personal mission and agenda. They only follow Beijing’s orders, and can take actions unrelated to “unification” at any time, according to the needs of Beijing.

For example, the Northeast Chinese Community Federation (unofficial translation of its Chinese name) is one of three CPPRC organizations established in New York. On Feb. 11, 2001, its predecessor organization held a meeting slandering Falun Gong, a spiritual meditation practice that has been banned by the Chinese regime since 1999, after its popularity spooked the Party leadership. The Chinese regime and its front organizations around the world have spread hate propaganda against Falun Gong and its adherents in an attempt to justify the regime’s persecution—in which practitioners continue to be arrested, detained, and tortured for their faith to this day.

Liang Guanjun, chairman of the organization’s General Committee at the time, along with Zhu Qizhen and Li Daoyu, former China ambassadors to the United States; Zhang Wenpu, former China ambassador to Canada, and Zhang Hongxi, former Chinese consul general in New York, all attended the meeting and delivered speeches. In June of that year, Liang reported back to Beijing authorities at a meeting of overseas Chinese association heads held in Beijing: “We are the first foreign association to come out against Falun Gong. This fully demonstrates the patriotism of overseas Chinese.”

CPPRCs are listed as one of many local Chinese organizations in the United States that are the work of the CCP’s United Front Work Department, in a detailed report on the CCP’s infiltration of U.S. society published by the Hoover Institute at Stanford University in November last year. The United Front seeks to push Beijing’s agenda outside of China’s borders.

As early as 1939, the United Front was named by former CCP leader Mao Zedong as one of the three magic weapons of the Chinese Communist revolution, with the other two being armed struggle and Party building. The principle behind the so-called “united front” is to draw forces from the enemy for one’s own use.

Then who is the enemy in this united front? It can be said to be targets of the Chinese Communist revolution. Before 1949, it was the Kuomintang, or Nationalist Party, whom it fought against—and ultimately won, in China’s civil war. It can also be those who have resisted the CCP’s efforts for global expansion, such as Western democratic governments and political parties. But the enemy must be so strong that the CCP cannot eliminate or conquer them right away. Because if the CCP were at an absolute advantage, there would be no need for a united front.

When the Chinese Communist Party first established its government in 1949, it still needed formal authorization. A political consultation meeting was held “authorizing” the CCP to rule.

Later, in 1954, Mao Zedong called his own National People’s Congress, a rubber-stamp legislature, to authorize him to rule as head of state. Both bodies do not hold real power and only exist to provide a facade of legitimacy.

But the Consultative Conference does have one very real function—the united front. After the Cultural Revolution, the CCP began to move towards economic development, and suddenly found a new use for old enemies; they could be manipulated to serve the interests of the CCP. Thus, Consultative Conference members, with extensive contacts abroad, got to work.

As the current chairman of the Consultative Conference, Wang Yang, is also in charge of united front work.

In the past, three departments belonging to the CCP’s united front system were disguised as departments of the cabinet-like agency, the State Council, but were in actuality led by the United Front Work Department: the Overseas Chinese Affairs Office, the State Administration of Religious Affairs, and the National Ethnic Affairs Committee. In the restructuring of the Party that took place in March 2018, all three departments were reshuffled and placed directly under the administration of the United Front Work Department. In other words, they are directly a Party agency and not a state governance agency.

So these so-called overseas Chinese organizations like CPPRCs in different countries around the world, have registered in accordance with local laws—though they have always been under Beijing’s command and are not independent operations.

Among Western countries, the United States has an advantage in the Foreign Agents Registration Act, which requires organizations and lobbyists working on behalf of foreign governments to register their business information with the U.S. Department of Justice. All that is needed is to strengthen law enforcement. Since the CCP regards CPPRC as its tool, CPPRC only serve to implement the CCP’s orders. The U.S. government needs to acknowledge reality and require that all CPPRCs in the country, as well their presidents, register as foreign agents.