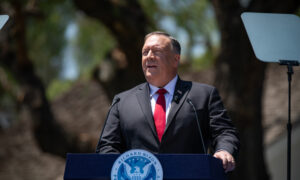 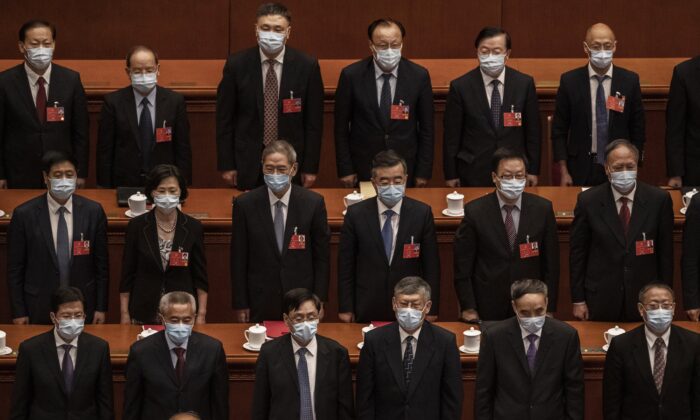 In a recent op-ed for the South China Morning Post, the researcher, S. George Marano, writes, “Predictions of the Communist Party’s impending doom have come to nothing as its form of political governance has not only endured but thrived. The party has created a system that has rewritten China’s economic and social record in a short period of time.” Now, according to Marano, other countries around the world are eager to emulate the Chinese Communist Party’s (CCP’s) “mode of political governance.”

Today, with an increasing number of countries adopting this tyrannical style of “political governance,” the Free World is starting to feel a little less free. Within the next decade, according to Bloomberg Economics, China looks likely to become the world’s leading economy. The recipe for Beijing’s success is simple: lots of investments, both at home and abroad, lots of lies, and a staunch commitment to ruling with an iron fist. As the aforementioned Marano writes, “China’s economic and social success is inseparable from the effectiveness of its mode of political governance.”

Around the world, “beneficiaries” of the Chinese model can be found from Latin America to the entire continent of Africa, where the Chinese regime’s influence is most definitely on the rise. Take Ethiopia, for example, the fastest-growing economy in Africa. As Marano notes, the country’s leaders are only too happy to adopt a “Chinese-style political governance.” What does this style of governance look like, exactly? Not pretty.

Ever since the Chinese regime involved itself in Ethiopian politics, Abiy Ahmed, the prime minister of the country, has gone from being a champion of human rights to a literal authoritarian. Coincidence? I think not.

With authoritarianism on the rise—not just in Africa, but all around the world—the CCP-endorsed style of governance places great emphasis on limiting people’s freedoms, from policing language to the actual policing of people. In Cuba, where the Chinese regime exerts a nefarious influence, some of the biggest protests in decades have just taken place. As Joseph Humire, the executive director of the Center for a Secure Free Society, recently told Newsweek, “China uses Cuba as a platform for many of its regional intelligence and security operations,” even using signals intelligence stations to “intercept communications in the United States.” Wherever the Chinese regime’s influence is felt, chaos quickly follows. Sadly, this particular style of chaotic influence can be detected in a growing number of countries, from Uganda to Uruguay.

What we are witnessing now is authoritarian learning in its purest form, which is similar to the psychological phenomenon known as “social mirroring,” where an individual imitates the gestures, speech pattern, or attitude of an influential person. With authoritarian learning, leaders around the world are mirroring the CCP’s rigid, highly tyrannical style of governance.

The Great Mall of China

Forget the Great Wall of China, let’s discuss the Great Mall of China. Accounting for almost 30 percent of global manufacturing output, a country run by despots has become the world’s mall. How did it come to this? Well, that is an essay—no, a dissertation—in and of itself. Of all the country’s exports, from steel to sneakers, its surveillance systems are by far the most worrying. As Caitlin Dearing Scott and Adam George, two authors with a background in authoritarianism, write, the Chinese regime has sold this invasive technology to “governments accused of human rights violations (Egypt, Serbia, Cambodia, for instance).” Not only this, but the regime sends representatives to train “the recipients on how to use the technology for social and political control.” Furthermore, according to the authors, “it extols the virtues of authoritarian rule to political parties” in South Africa (which has recently witnessed mass riots), Kenya, Vietnam, and aforementioned Cuba. The Chinese regime’s “internet and social media regulation, which really amounts to censorship, even spurred Nigeria’s minister of information and culture to call for replicating CCP practices.” Not long after the duo’s piece was published, the Nigerian government banned Twitter and threatened to “rein in” the press.

Is This Really the Future?

Why are so many countries so intimately involved with the Chinese regime? Why are so many countries employing Chinese public security and purchasing surveillance technology platforms from the Chinese regime? There are no simple answers. However, researchers at the Brookings Institution, the nonprofit public policy organization based in Washington, argue that the drivers of this trend stem “from expansion of China’s geopolitical interests, increasing market power of its technology companies, and conditions in recipient states that make Chinese technology an attractive choice despite security and privacy concerns” (emphasis mine). In other words, although the price of getting “intimate” with the Chinese regime is extremely high both literally and figuratively, Beijing’s model of governance is far too tempting to ignore. This, of course, is deeply worrying. Surveillance systems everywhere, mandatory masks, limits on speech, vaccine passports, inevitable lockdowns in the fall, etc. The world is starting to look a lot more like mainland China.