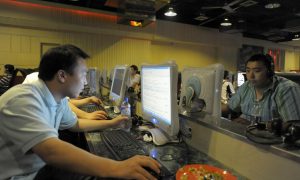 The Chinese Regime, NY Times, and the Failure to See the Enemy Clearly

Bret Stephens is a talented man. A brave individual, Stephens, who is an opinion writer at The New York Times, discusses subjects that would get other journalists fired. Stephens survives because he is excellent at what he does. His writing is lucid, objective, and refreshingly candid. However, his latest opinion piece, “China Won’t Bury Us, Either,” isn’t his finest piece of work. The 47-year-old New Yorker argues that the Chinese Communist Party (CCP) will be defeated by truth. Its constant barrage of lies will prove to be its downfall. As appealing as this might sound, Stephens’ thesis is built on a foundation of sand.

Fifty years ago, Henry Kissinger made a secret trip to Beijing, paving the way for a new era of Sino-American relations. Since then, however, as Stephens writes, Beijing has failed to “leverage its growing economic wealth for the sake of greater political freedom.” Further, the CCP has failed to “use its entry into the so-called rules-based global order to play by the rules.” When asked about Hong Kong, the Chinese regime lied to the world by promising “one country, two systems.” Now, according to Stephens, the Party can’t “be trusted to honor business and academic partnerships without stealing intellectual property on a massive scale.” The CCP has turned a position of promise into a position of recklessness and dishonesty. For these reasons, the CCP, by Stephens’ estimations, will fail.

Stephens appears to be living in a world where decency prevails, where truth wins out, and where integrity reigns supreme. Stephens assumes that we live in a logical world. We don’t.

If in doubt, consider the origins of COVID-19. Now, all these months later, after countless denials and passive aggressive op-eds, mainstream media outlets are only beginning to entertain the idea of a lab-leak. Lies, disseminated by influential outlets, canceled out significant facts–for example, the truth.

This, of course, is nothing new. After all, we have been drip-fed lies by those in positions of authority for years, even decades. Stephens appears to think that things will change, that truth will win out. Let’s hope that he’s right. As you can probably tell, I have my doubts.

Look what happens to people who decide to tell the truth, individuals like Edward Snowden, Julian Assange, and Glen Greenwald. These people are vilified and, in some cases, brutally punished. Assange, for the “crime” of exposing actual crimes, has gone nearly a decade without sunlight. A new report by Amnesty International documents the ways in which activists and journalists around the world, many of whom are working to expose actual abuses by government officials, are being monitored and coerced by authoritarian regimes. This is the price one pays for speaking the truth. Censorship, not freedom, is the new norm.

What is my point? It will take more than some quixotic belief in “truth winning out” to defeat the Chinese regime. The CCP doesn’t care about facts, and its clients, the likes of Great Britain and almost every country in Africa, don’t seem to care, either. The Chinese regime has bought, and continues to buy, the silence of major countries around the world. Moreover, as long as China continues to be the world’s factory, millions, if not billions, of us will continue to be its customers, helping to finance totalitarianism in its purest form. Not only does the CCP exercise a great degree of hard power, it also employs a significant degree of soft power, which involves influencing others without resorting to heavy-handed tactics. We see this in Hollywood and sports, with the likes of John Cena and LeBron James bending over backwards to please the Chinese regime. Both men obviously know what the CCP is capable of, and both men, one assumes, are all too aware of the atrocities occurring in China at this very moment. However, just like dozens of countries around the world, their silence has been bought. A Faustian bargain has been made, and souls have been sold.

Which brings us back to Stephens and his belief that truth will be the death of the Chinese regime. An honorable belief, no doubt, but not one steeped in the reality of the situation. Take the virus, for example—you know, the one that brought the world to its knees. It’s common knowledge that it originated in China. Nevertheless, we are no closer to getting an honest answer from Beijing now than we were 18 months ago. A truthful answer is not coming, and it probably never will. Why? Because the CCP knows that it can act with a great degree of impunity, without ever really facing any consequences.

Stephens writes, “Beijing’s unconstrained behavior gives it the appearance of strength. It’s a cliché that China’s rise is ‘unstoppable,’ much as Germany’s supposedly was a little over a century ago. The corollary is that the world will simply have to acquiesce to its burgeoning list of demands.” The sad fact of the situation is that a host of countries and organizations (like the WHO, for example) have already acquiesced to Beijing’s demands. Let’s hope this fact changes in the near future. For that to occur, however, the world requires a little more than a belief in truth prevailing. We need concrete actions, not idealistic musings.