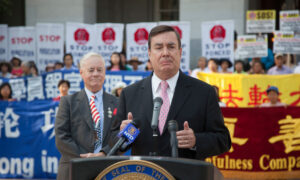 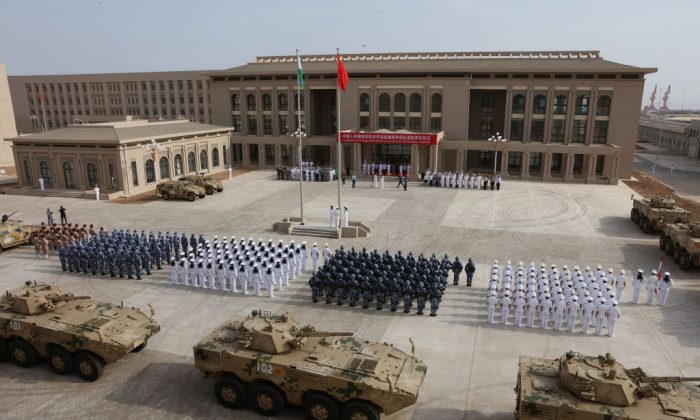 A discussion with Steven Mosher, author of 'Bully of Asia,' on the global threat of this new system
By Joshua Philipp

The Chinese regime has been promoting its “China model,” which opposes the ideas of human rights and democracy promoted by the United States. While the concept is making the rounds in the international community, many China watchers have warned that the system presents a new form of hegemony under a totalitarian system based on absolute control.

China expert Steven Mosher details this system in his new book, “Bully of Asia: Why China’s Dream is the New Threat to World Order,” and explains the nature of the system the Chinese Communist Party (CCP) is attempting to press onto the world.

This system can be traced back to dictator Mao Zedong, who led the CCP after it seized control of China in 1949. As part of Mao’s strategy to apply the Leninist and Marxist models of communism to China, he studied classical Chinese texts and histories of Chinese emperors, creating his new Maoist system.

In China, you have the idea that the concentration of power is a goal to be achieved.
— Steven Mosher, China expert and author, 'Bully of Asia'

The CCP under Mao began by killing the cultural elite in the landowner class, and then later moved on to killing the intellectuals during his Hundred Flowers campaign. Mao’s Cultural Revolution all but destroyed the religious culture, smashing cultural relics and altering interpretations of traditional stories and texts.

When the memory of all that was destroyed had faded, what remained was a narrative about traditional China that served the objectives of the CCP.

Mosher’s new book delves into Mao’s brand of Chinese history and shines a light on the ideas taught under the CCP today, rooted in struggle, domination, corruption, and hegemony. Through this, he shows the underlying goals of the China model.

Mosher noted in a phone interview that in the current world order, nations both large and small are “regarded as fundamentally equal across the negotiating table,” generally regardless of the sizes of the countries, their economies, or their populations.

“In order to negotiate international agreements, you have to fundamentally recognize every sovereign state as a legal person,” he said, and China doesn’t do that.” He said the CCP “doesn’t see itself as having any equals around the world; it has adversaries, but certainly not equals.”

While the ancient Chinese emperors were in charge of “all under Heaven,” the government control didn’t typically stretch below the county level. The county magistrate was the lowest level of government, and below that, the people were largely governed from the bottom-up by family associations and guilds.

In ancient China, as in the rest of the ancient world, Mosher said, “the telecommunication networks didn’t exist, the roads didn’t exist to allow the kind of micromanagement into people’s lives that you can achieve today with face recognition technology and surveillance cameras everywhere.”

When the CCP took power, Mosher noted that among its first actions were seizing firearms from the local militias and then shooting anyone who had been affiliated with the nationalists. “That was the end of village democracy,” Mosher said. Afterward, the CCP established a party cell in the villages, and a party secretary then acted as the head of each village.

The U.S. system still maintains the bottom-up system of governance to an extent, with institutions that include the family, churches, labor unions, nonprofits, and others. There are checks and balances to limit the government’s power, with the executive, legislative, and judiciary branches keeping each other in check at the top of the federal system.

“The danger to liberty mainly comes from the concentration of political power in the hands of a tiny oligarchy, which you see in almost full-blooded form in China today,” Mosher said. “On the one hand, you have the idea that the dispersal of power is a good thing, and in China, you have the idea that the concentration of power is a goal to be achieved.”

The CCP is spreading its system using a variety of tactics that are outside of conventional military force.

The CCP’s system also disrupts the balance between law from the government and restraint from the individual. As an atheistic system, the CCP has destroyed the moral foundations that existed throughout Chinese history and replaced them with a totalitarian law that attempts to be all-encompassing.

This is the opposite of the system of U.S. order that was built on the ideas of free will based in a moral order.

“The idea of the American founding was what [John] Adams said: that our constitution is suitable for a moral people and is totally unsuitable for any other,” he said. “This was intended to be a republic of virtue, and to the extent that the less virtuous that Americans become, the more external controls you need to replace the missing internal controls.”

On the other hand, the CCP—as have all communist systems—spent decades openly attacking the religious values of its society and promoting new values that could serve a political purpose. This has not only damaged the social fabric of the country, but has also deepened the problems of corruption.

Under the communist systems, Mosher said, “they know they’re missing something, and they go about it in such a clunky, clumsy way that it really can’t be very effective. A change of heart has to come from within—from a conscious decision of the will. I don’t think it comes about very effectively for very long from external propaganda.”

The CCP is spreading its system using a variety of tactics that are outside of conventional military force. This includes militarized use of businesses, education, law, media, and other institutions to spread its control without needing to engage in conventional warfare.

“These are the same ‘united front’ tactics that were used so effectively in the Chinese civil war, where you go in and you co-opt institutions on the other side—newspapers, for example, or labor unions, or other groups—and use them for your purposes,” he said, noting the CCP’s Confucius Institutes as an example of methods to control foreign education systems.

Mosher also noted the CCP’s use of foreign investment and debt systems to seize control of foreign economies and infrastructure, particularly in South America and Africa.

When the recipients of Chinese investment enter into the deals, the terms typically appear reasonable, Mosher said, “but if you default on the loan, the loan converts into equity. It converts into ownership … and then when they can’t pay them back, China owns the property. That, again, is a form of economic warfare.”

The system has been effective to an extent, but the CCP has exposed its hand by using programs that include cyberwar, currency manipulation, territorial disputes, and others—in addition to the Party’s arrogance and its disregard for making fair deals.

“Soft power is something that comes from the natural appeal of nongovernmental institutions; the natural appeal of a culture, of a character of a people,” Mosher said. “When it comes from the Chinese Communist Party, it’s hard-edged—it’s the Confucian Institutes, it’s buying television stations, it’s buying radio stations. It’s propaganda by definition, not soft power.”

“I think China’s goal of becoming culturally dominant is handicapped by the fact that the culture is controlled by the Party. And almost by definition, it’s not culture,” he said. “It more resembles propaganda, or propagandist ideology.”